Jennie Liu certainly jumped in with both feet with her debut Girls on the Line, a tense and emotionally evocative novel about a two factory workers in a small Chinese city struggling against vast bureaucratic and criminal forces.

This is a surprisingly fast-paced tale, starting on day one of Luli’s job at a factory the produces charger cables. Luli is an orphan joining her friend Yun, who secured her a place, but who doesn’t actually seem to have time to help her learn the ropes. Yun is more interested in her boyfriend, who may or may not be a human trafficker, a man who steals “brides” from the city to deliver to men in the country. Is Yun actually his girlfriend? Or is she about to be another victim? 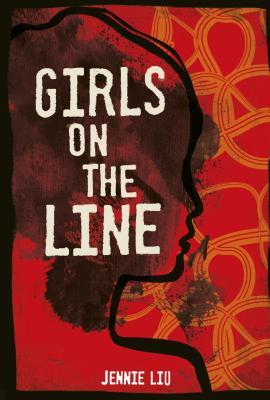 Yun disappears, but this isn’t a detective story. The book is written in alternating perspectives, so we always know where Yun is and what she’s up to. It’s not a problem, but the dust jacket blurb is a little misleading. Luli does still go to titanic lengths to reunite with her, but it’s not so simple as rescue or derring-do. It’s a much more complex tale of the ways in which we negotiate the burdens, joys, and very definitions of family.

It’s also, almost necessarily, an utterly heartbreaking look at the intersection between policy and poverty. Most people know about China’s one-child limit, but the reality is far more complicated, as Girls on the Line explores. Fees to have a baby in a hospital and register the child are exorbitant, many times the annual salary of a factory worker. When people cannot pay these fees, this creates non-citizens of a sort, children born in China to Chinese parents but lacking the official paperwork that would make them people in the eyes of the state. They lack access to schools, healthcare, and other services, and cannot get legitimate jobs.

But many legitimate citizens are no better off. Cycles of poverty and abuse are rampant regardless of official status. The book is not necessarily a critique of any one system; it wants to shine a light on the ways that all systems interact to create impossible choices for those in dire straits. Sympathy for individuals is the real heart of this book, with judgement reserved. Everyone is just looking to survive, and Liu honors that drive even as she sheds light on how it can be twisted into selfishness and indifference.

I would have actually liked some more meditations about working in a factory, or just more about the girls’ internal lives. This isn’t to say that the characters don’t have depth, since the action reveals psychological scars and deep yearings, but I wanted to know more about the texture of their feelings. Sometimes things are more profound when set in stark relief, like the blunt way Yun tells Luli that the children will have nothing to eat if they don’t feed them the porridge that has spilled on the floor. But other aspects are muted by the brevity and external focus. Yun spends a good deal of time with a mother-type figure, but what must a confusing experience for her is glossed over as the plot barrels on. 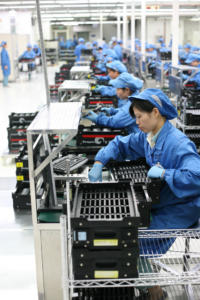 The most complete picture is of the orphanage, a tragic result of people with too little money, too little education, and too little time for each child. Caretakers strap disabled children to boards in order to stop them from moving, and enlist even the youngest able-bodied children to care for them. There is no stimulation or engagement. Barely able to provide food, these hardened caretakers cannot fathom providing emotional support, and as a result, both Luli and Yun are wounded in ways that do not immediately show.

Yet they still care for each other. And they find others willing to offer care and compassion, girls at the factory and women in the countryside. Women are amazing. Women helping women are amazing. But this is not a feel-good story. No one has a moment of explicitly feminist triumph over the system or receives a life-changing windfall. Everyone very clearly has their own problems, and the people at cross purposes must compromise with broken hearts, not open ones. Nobody takes up a sword and starts yelling about revolution. They just do what they can with what they have available, and hope that it’s enough.