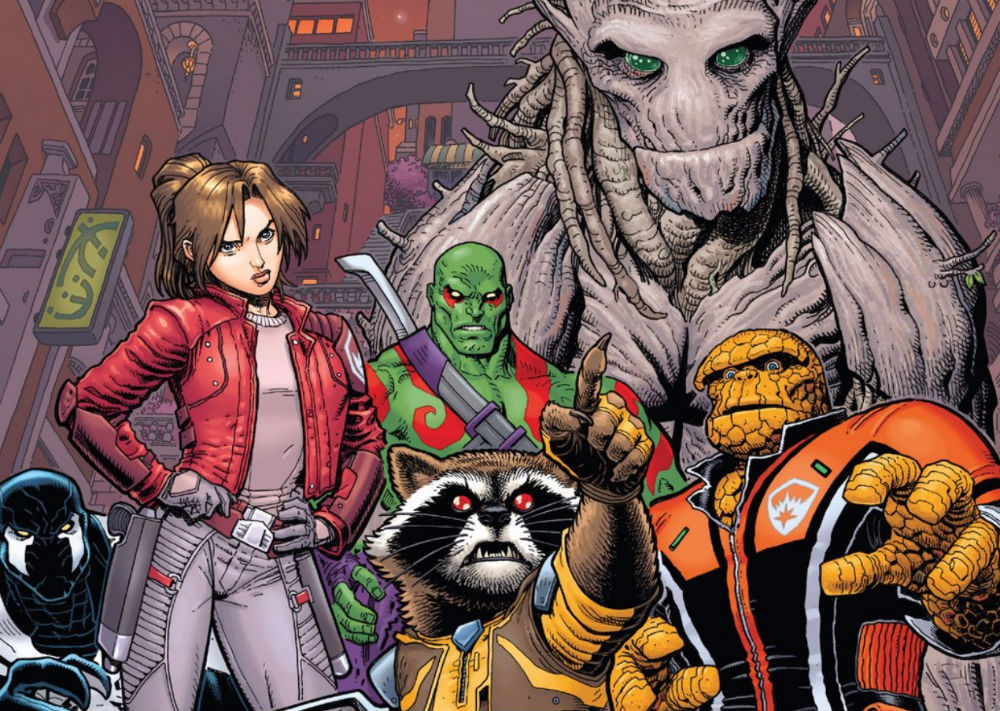 Until the popular Guardians of the Galaxy movie was announced, the obscure team of space faring goofballs were an unknown quantity to most. I fall into this category, so I tracked down a few volumes of the older books and really enjoyed what I read. The movie is, of course, fantastic and the sequel can’t come soon enough. But I was reluctant to get into the new ongoing series, mostly because Marvel did what big comic book publishers do; there was a new main series, a Rocket Raccoon series, a Star Lord series… you get the idea. It’s a lot of stuff to follow.

Then I heard that my favorite comic book character of all time would be joining the team, the Fantastic Four’s ever loving blue-eyed Thing. Reading Guardians was no longer optional for me. The only thing that made me a little unsure of the book was the name of one of Marvel’s most popular writers, Brian Michael Bendis. 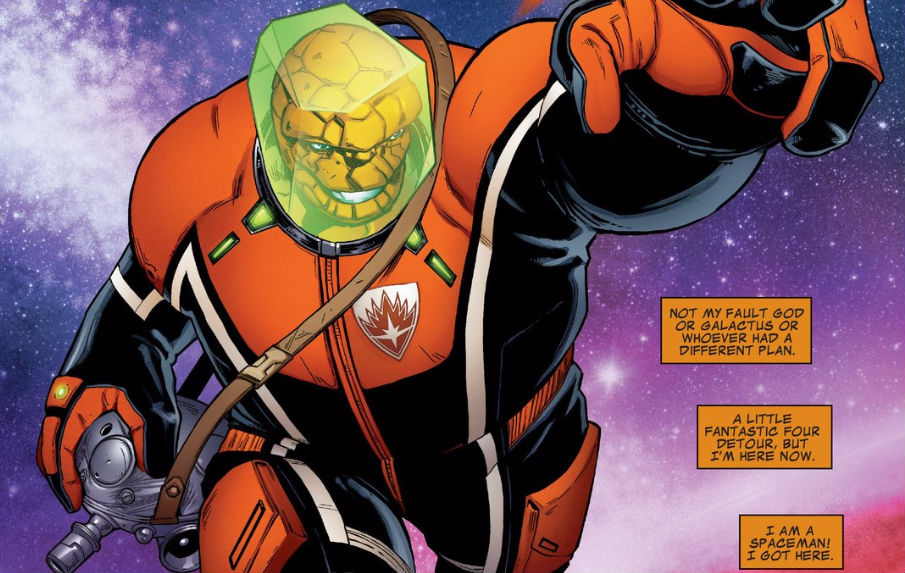 Don’t get me wrong, Bendis has done some great books. His Ultimate Spider-Man series is one of the books that re-ignited my love of the medium (at least for the first few story arcs). But I often find his work can get a little too jokey, a little too self-aware, and a little too fourth-wall breaky for my tastes.

Which kind of makes Guardians of the Galaxy and Bendis a perfect match. While the status quo is very different from the movie — Kitty Pryde is the new Star Lord while Peter Quill is off ruling in his father’s absence — the new group is a lot of fun and have a great team dynamic right out of the gate. In this issue the Guardians recover a mysterious artifact from the Chitauri (the baddies from the end of the first Avengers movie) and need Quill’s help figuring out what it is. This allows for the old team dynamic to mesh with the new and bring everyone up to speed.

Guardians of the Galaxy #1 does exactly what it needs to do; provides a great jumping on point for new readers and fans who have only ever watched the Marvel movies in the past. The art by Valerio Schiti is wonderful and does a great job of capturing the grandeur of space battles and the quieter moments of characters sitting back and discussing their next movie. I for one, can’t wait to see where they go with this series. 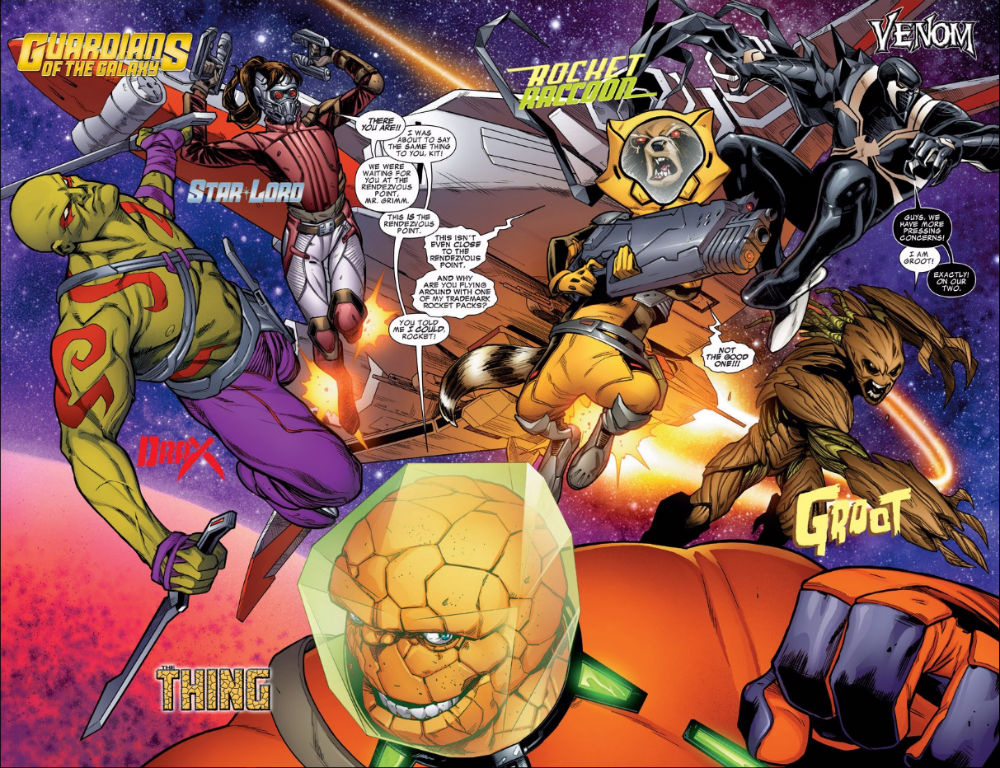