Having survived his ordeals, Nathan is now trying to survive his own success: he found his father and received his Three Gifts, and found his special talent as a witch, but that power is not so easily controlled. Nathan is a shapeshifter, but he can barely control the creature within him, let alone what’s going on in the wider world while he practices and waits. Gabriel is missing, feared dead, and Annalise is the prisoner of the weather witch Mercury. The Hunters are after all of them and more besides–every potential ally, including Nathan’s own father, has gone to ground. If Nathan hopes to survive in this warzone of a world, he has to start understanding himself and unraveling the machinations of the White Council. And unfortunately, he also has to start compromising. How he does so, and by how much, accounts for as much a drama as the action (and there’s plenty of action), making this one of the most interesting YA series I’ve read in some time.

This volume lacks the pointed rage at injustice and brutality that made the first book so incisive. But that quality led to a certain lack of agency on Nathan’s part, the sense that he was being swept along by events that were beyond his understanding and his ability to affect. At best, he faced choices between bad and worse, or between desperate and despairing. This made for a compelling psychological development, but it’s not sustainable over a trilogy. Fortunately, Green realized this. Nathan has found his footing in Half Wild and is able to make both decisions about his autonomy and morality. 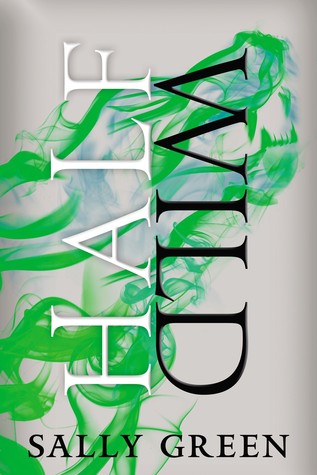 Most symbolic of those choices is the love triangle between Nathan, Gabriel, and Annalise. Nathan is unsure about a relationship with a man, but Gabriel accepts everything about him, even his darkness and his Black Witch side. Annalise, on the other hand, is pure and gentle and appeals to his White Witch side. But sides in this story are tricky, and people never quite stay within the lines. I am firmly Team Nathabriel as I believe 99.9% of readers are. Oh, sure, Annalise is endearing in her own way, but Nathan can’t share himself with her. She may inspire him to be good, and she may believe in his good side, but she’s on a pedestal and she’s not coming down into the real world. And this book is very much about the real world, for all that it features witches. Heads and hearts get broken. It’s nice to have a protagonist who understands this so much better than most; who can really stand in for the horrible things people have to go through while still trying to form bonds of friendship and love.

To compare it once again to the Harry Potter universe, the Half Bad series is a far darker, more adult take. Any daring missions and skin-of-their-teeth escapes are earned with blood and fear, and often with death. So many people die, and their deaths feel poignant because of their swift pointlessness. In several instances I found Rowling’s death scenes lacking in both poignancy and message. Here, death feels real and awful; it comes swiftly and leaves a wreckage in its wake, both in the emotional and physical senses. It made me almost physically ill to think of the cost of war, all those dead children. As it should. Green makes the tolls of war palpable in her descriptions but also in the way Nathan objects so strenuously to them. He doesn’t want to kill. He hates it. But he must.

So often in movies and books I have to suspend disbelief that the Bad Guys (and, for that matter, the Good Guys too) wouldn’t just shoot someone off the bat to deal with the threat. Green, however, never relies on mercy or monologing. She doesn’t use any crutches at all, in fact. Lives in her books are brutish and short, so much so that you can genuinely fear for most characters. In that sense, this is less Harry Potter and more YA George R. R. Martin. This is definitely the Storm of Swords equivalent, complete with a Red Wedding-esque slaughter and a whole lot of wolves. Fortunately, since the last book is coming out in just a few weeks (!) you won’t have to wait as agonizingly long for what I hope and pray is an awesome conclusion.

And o hai, there’s a giveaway too: a Rafflecopter giveaway