Keep Talking and Nobody Explodes is an experience that needs to be had. VR is coming and we are bound to see a whole new genre of game, and KTANE demonstrates this beautifully.

This is a party game that must be played with at least 2 players. One player is isolated in the Oculus (or Sony’s Morpheus), while the other is holding a ratty old bomb disposal manual. As the bomb technician in VR, I was responsible for frantically describing the bomb to my partner Smoke Johnson (Tim Lanning). My name was Thom Bomb-badill, bomb disposal expert 2 weeks from retirement. 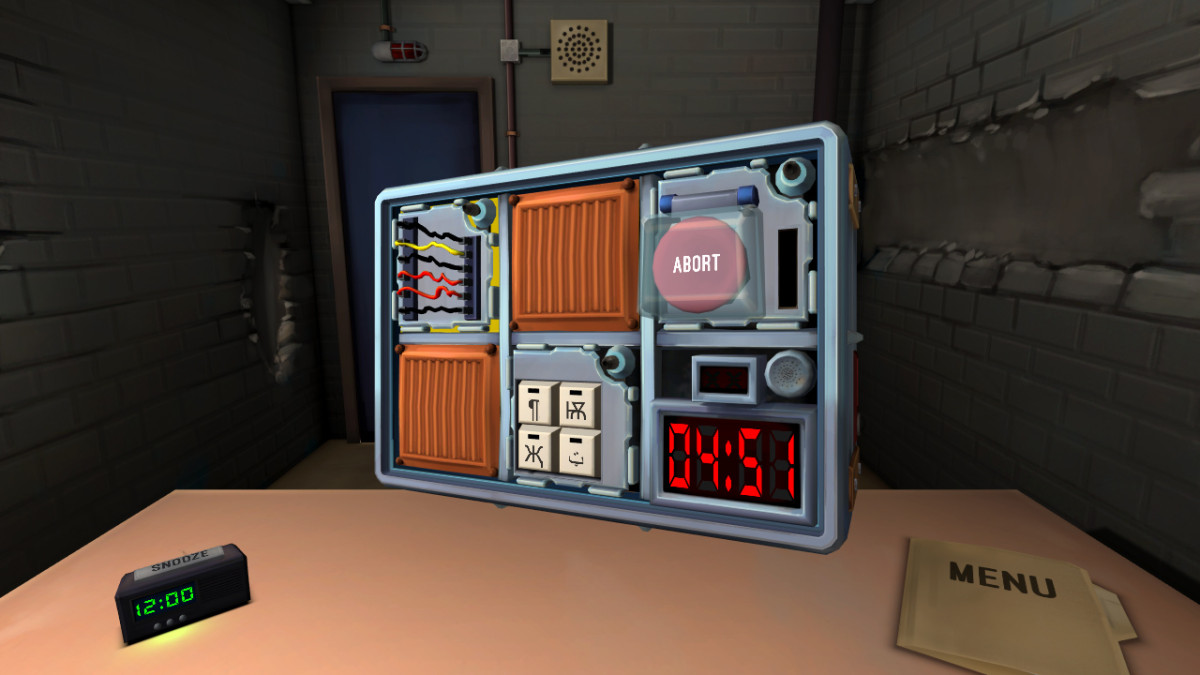 Each bomb is made up of a number of modules, based on the difficulty you’re playing with. Each is a puzzle that must be solved. First you must clue your partner into which module it is, then describes its unique characteristics so they can tell you how to solve it.

The game is frantic, and can involve plenty of yelling when Smoke Johnson can’t find the grid I’m describing. It perfectly recreates the classic scene of frustrated bomb tech trying to get help over the phone.

The mechanics for ‘playing’ the game are quite simple. Like most boardgames, the fun comes from interacting with other players. It’s something thats been sadly missing from games for awhile. This is a great step towards bringing the fun of boardgames to video games. Expect the game to release whenever these VR platforms are, and get your team ready.