Full disclosure: I am a librarian. (Among other things.) Librarian stereotypes are largely mild, often going so far as a severe, buttoned-up woman who shushes people and no further.

But of course, then we have the Sexy Librarian, most notable for nearly breaking up Troy and Abed that one time… 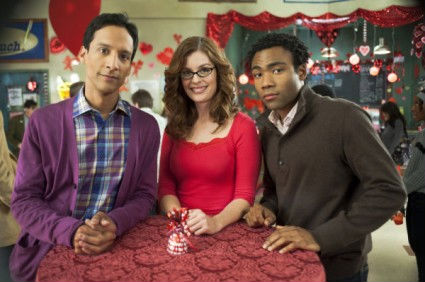 …and the eager naïf, perhaps technically a subset of the Sexy Librarian, but ultimately distinct for her dedication to learning…

Throw in a dash of Destiny (see Neil Gaiman’s Sandman), a few carnivorous tendencies (Night Vale) and the patron deity of all academics, Indiana Jones, and we have the gamut. 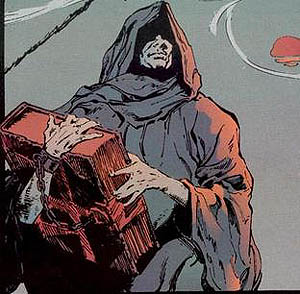 And then we have Carolyn, whom part of me really wishes was called Caroline instead because Sweet Caroline would be the perfectly creepy intro to the movie adaptation of this already perfectly creepy first chapter. Enter Carolyn, walking down a desolate road, musing with dark humor on murder and tacos, covered in blood. A car pulls over, piloted by an older gentleman, his traveling companion a suspicious German Shepherd. Can’t you just picture it set to Neil Diamond, a Tarantino-esque beginning in the best sense of the term?

This book needs to be a movie (it won’t be, it’s too cool and creative) not only because of the opening, but because of everything that comes afterward. The book brims over with two kinds of mysteries: the kind that drive the characters, and the kind that drive the world. The characters are trying to figure out what happened to Father, their cruel, god-like caretaker and taskmaster. They’re also trying to navigate relationships with each other, with romantic and platonic alliances binding some, and long-held animosities dividing others. 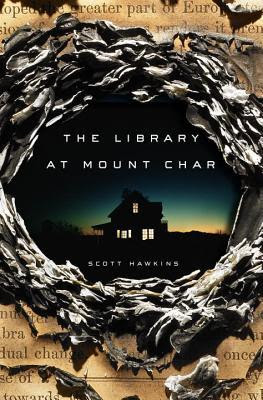 The world has its own mysteries. What forced killed off an entire town but left twelve children, including the young Carolyn, conveniently alive? What is the library, and why were they assigned to sections of it?  Why was Carolyn told to master the section on languages, while her “siblings” got to study things like death and war and healing? And who–what–is Father?

He’s evil, that’s for sure. His cruelties are exactly the sort a father can inflict: he knows his children, knows exactly which buttons to push, and he does. He damages them so intimately and so thoroughly that any number of them would have reason to have made him disappear. Others don’t need a reason except their own madness or cruelty, learned at Father’s knee.

It’s a tangled web that only becomes more complex with the introduction of civilians, ex-military war heroes, lions, a walking iceberg, and the President of the United States. Hawkins’ creativity is prodigious, but carefully bounded so as not to give too much unnecessary detail. It’s not meant to be a multi-volume epic history of the Library, it’s meant to be the story of Carolyn and a few others, who each have strongly limited concerns. Survival. Knowledge. Triumph. This is the kind of plotting I like to see, with a world that doesn’t outpace its characters, but instead lets them reveal themselves as heroes and villains of the first degree.

One of the best things about this book is Hawkins’ ability to create situations that you never knew you had always dreamed about. One character gets the president on the phone and into the palm of her hand in two minutes flat. Another also gets to see the president, and as the result of his giving absolutely no fucks, is invited to the weekly presidential poker game. The characters aren’t your generic badasses, either. They are entirely–forgive me–in character. They’re simply the most awesome versions of themselves.

And, though this is neither here nor there, they have such delightfully mundane names. I was expecting at least a few of the characters to be Beastlord or Quoth the Raven, or even Aiden or Jaxon, but no. Michael and David and Lisa. You would have to be a long-time SFF reader to find this amusing, but I am, and I do.

The only real problem with this book is the same “problem” that Nolan’s The Dark Knight has: it kind of has two endings. It’s not that it should be two books, or that there’s superfluous material. It’s just that there is an all-consuming focus for the first 70% of the book, and then another, equally consuming, equally enlightening continuation with its own ending. I would have liked to see more hints of the latter in the first part of the book, though I did suspect something more was going on. It was a little jarring, but at the same time, I’m just grateful that it didn’t end too soon.