The second installment of the Market of Monsters trilogy is finally here, and it was so worth the wait. This is another fast-paced, blood-drenched installment that lives up to the promise of the first book in all categories. The characters continue their development in new and interesting directions, the action remains consistent and fairly constant, and the larger themes of monstrousness deepen in unexpected ways.

I loved Nita and her cold, analytical mind before, and another book spending time with her makes me love her even more. She’s just as calculating as ever, and now she has to turn her keen mind to survival once again. Even though she destroyed the Mercado de la Muerte (aka the Market of Death or the Market of Monsters) that was keeping her and other unnaturals captive to sell off to black market bidders, she’s only in marginally less danger. Her picture has circulated online, making her a highly desirable target for anyone who wants to make a lot of money. 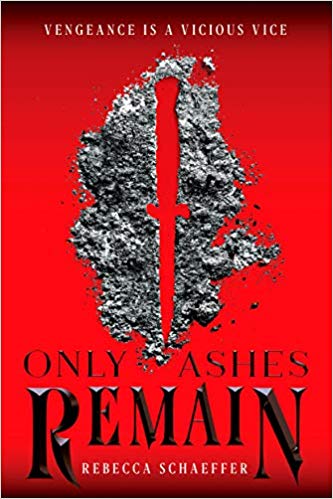 She desperately needs allies, and it isn’t long before she calls on her former ally from the market, Kovit. Unlike Nita, Kovit might not be a target for every get-rich-quick schemer with a gun and no conscience, but he’s still on the run from his own demons, his former employers known only as the Family. He was their pet torturer, and they want him back. Kovit doesn’t really want to go back, but he also isn’t sure what else to do. After all, he’s a zannie, an unnatural who subsists on human pain.

Kovit and Nita know how to survive and hide their abilities, but they don’t want to just survive. They want to have normal lives. Nita thinks that with a high enough body count, people will eventually be afraid enough to leave them alone, but Kovit isn’t so sure. Do people who worked for criminals ever really get free of that world? And do people with high body counts ever deserve to be happy?

Schaeffer has some really insightful things to say about what, exactly, makes a monster of the moral variety, and how that does or does not intersect with being (or not being) an unnatural. Now that Nita and Kovit are outside the Market of Monsters, they have a chance to interact with people who aren’t complicit in kidnapping, murder, and cannibalism (you know, little stuff like that), and their moral choices get a lot more complicated. What about hurting innocent bystanders, or people they actually know? What happens when they’re forced to reckon with each other, one a torturer and the other now a vigilante? They each have lines they won’t cross, but those lines don’t run parallel. At some point, they’re bound to cross and get them entangled.

She’s also clearly thought long and hard about how so-called monsters can cope psychologically. It’s not the simple hand-wringing and boo-hooing about “oh what a monster am I” that’s all too common in YA. It’s about finding ways to be okay or even proud of your survival even when the life you have doesn’t resemble the life you want. Nita and Kovit have genuinely done terrible things, some in the name of self-defense, but others with less clear-cut justifications. At what point is justification just an excuse? At what point does a person have to take responsibility?

But if we’re talking responsibility, who else bears responsibility for making people do bad things? Bad parents, corrupt governments, and public condemnation all play a part. It’s the classic nature vs. nurture debate, but amped up with a body count. None of this has a simple answer, and brava to Schaeffer for making sure that while Nita and Kovit come to their own individual conclusions, there isn’t any overall conclusion being forced on the reader. Life is dangerous and messy. Friends are hard to find and sometimes hard to keep. If there’s a moral to that, it isn’t good or evil, it’s just “keep trying.”

As much as this is about the black market and international law enforcement and racism and species-ism, it’s really just about the relationship between Nita and Kovit.

No, don’t roll your eyes. It’s not about a romantic relationship, although there are moments of quiet and intense chemistry between the two. Mostly, it’s just about friendship, and how two very damaged and confused people can still manage to have a healthy relationship based on trust and mutual support.

It might have been nice if Schaeffer acknowledged some of the humor of having people negotiating their boundaries in a very healthy way while waiting outside a torture chamber and after a murder spree. It’s not that the narrative ever descended into absurdity—actually, it was all quite sweet—but sometimes narratives just need a little humor to break up all the seriousness and tension.

That was part of why Adair worked so well. For someone who ate his victims after leaving them to rot and bloat in standing water, he was surprisingly lighthearted and humorous. He also worked well as an authority figure who could provide not just information but wisdom, in the form of reality checks and big picture considerations. His speech about always asking “who benefits?” was particularly striking.

He inspires Nita to start thinking of information as power, rather than as a means to other ends. For someone whose fondest dream is to one day attend college and do medical research, Nita is quick to lose sight of the big questions, and sometimes fails to think through every aspect of her plans. I thought this was quite realistic for someone with as many distracting challenges as Nita had—her dad was just murdered, the dark web knew her identity and abilities, and the police were getting suspicious of her backstory—but still a little frustrating. But though she wasn’t terribly effective, Nita was always trying to act rather than react, and I can forgive a lot of mistakes when a character never gives up.

The ending had a few too many unanswered questions, but since the emotional arcs wrapped up so nicely I can’t be too upset. I also can’t be mad at Schaeffer for doing what literally every other YA trilogy seems to do, which is to have a mostly self-contained first book (in case the rest of the series doesn’t get picked up), and then treat the middle book like The Two Towers and end on a cliffhanger. (See also: The Girl of Fire and Thorns trilogy, The Nevernight trilogy, The Deed of Paksenarrion, etc. etc.) It does make me exceptionally eager for the third installment (and maybe more after that?). How can Scaheffer top herself? I can’t even imagine, and I can’t wait to find out.