Recently the folks at Board Game Geek got a chance to do a play through of Pandemic: Legacy. A picture of some of the games components were posted onto Twitter. Here are some speculations of things to come! 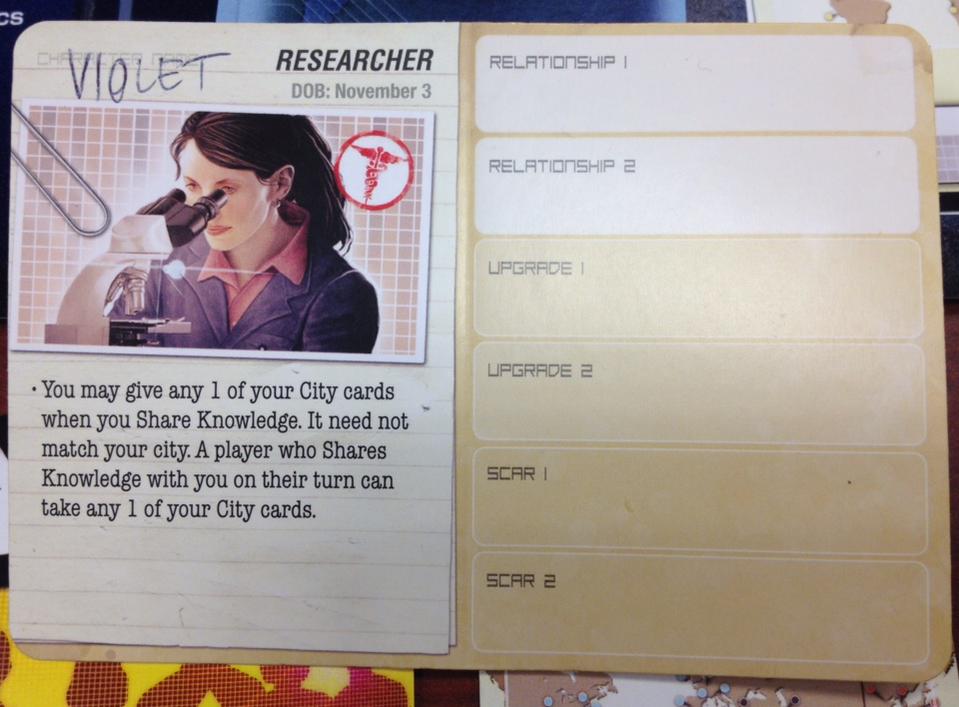 Being able to name your characters is a really cool feature. It’s just one aspect that shows how the designers are trying to expand the human element in the game. We can see on the left that you are able to have two relationships and two scars. The scars will most likely be disadvantages for this character and would affect play in future games. I would love to see interaction between these scars and relationships. We know that these characters can die, It would be cool to see a character not bear to go to the city where they lost their loved one.

We also see that the Researcher power is the same as the base version of Pandemic. No official photos of the roles available for Pandemic Legacy. 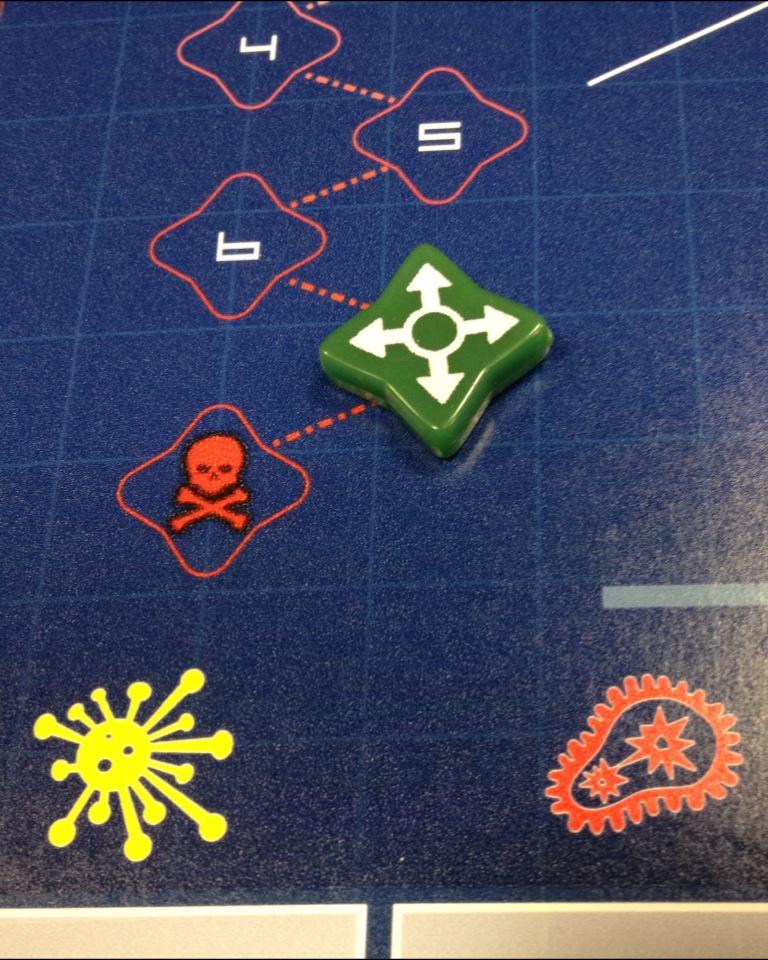 The Outbreak counter is still present and looks like it will still be one of the ways to lose. I am sure there will be some bad consequences for losing the game this way. The photo  appears to have spaces for cards to be placed. I hope this is a new way to cure or more likely prevent/slow the disease I doubt we would see a disease be able to be cured in game #1, that could make for a very boring game #10. 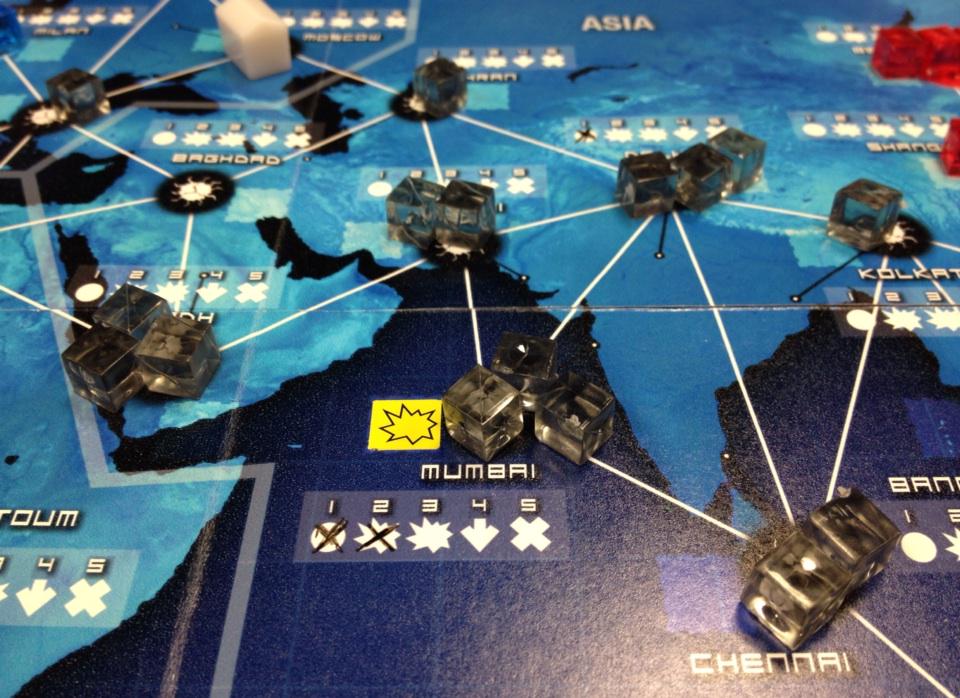 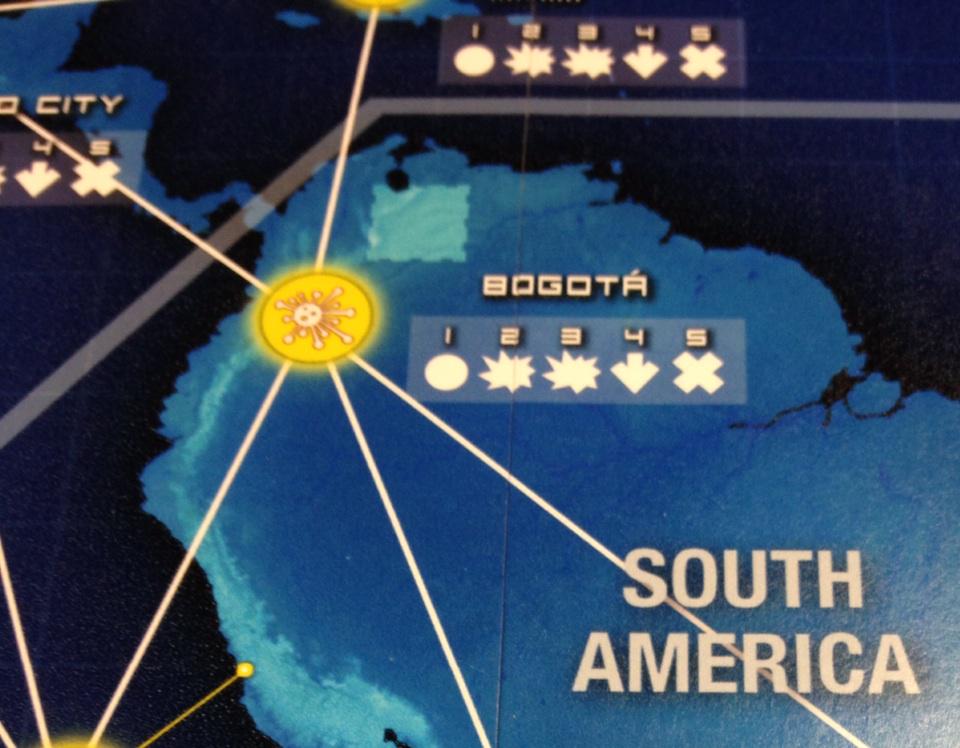 Another thing in that really intrigues me in these photos are the gray lines that separate the sections of cities. Not much is known about what these lines are or what it is that they do. They don’t seem to separate the disease types as we can see red and black in the same area. 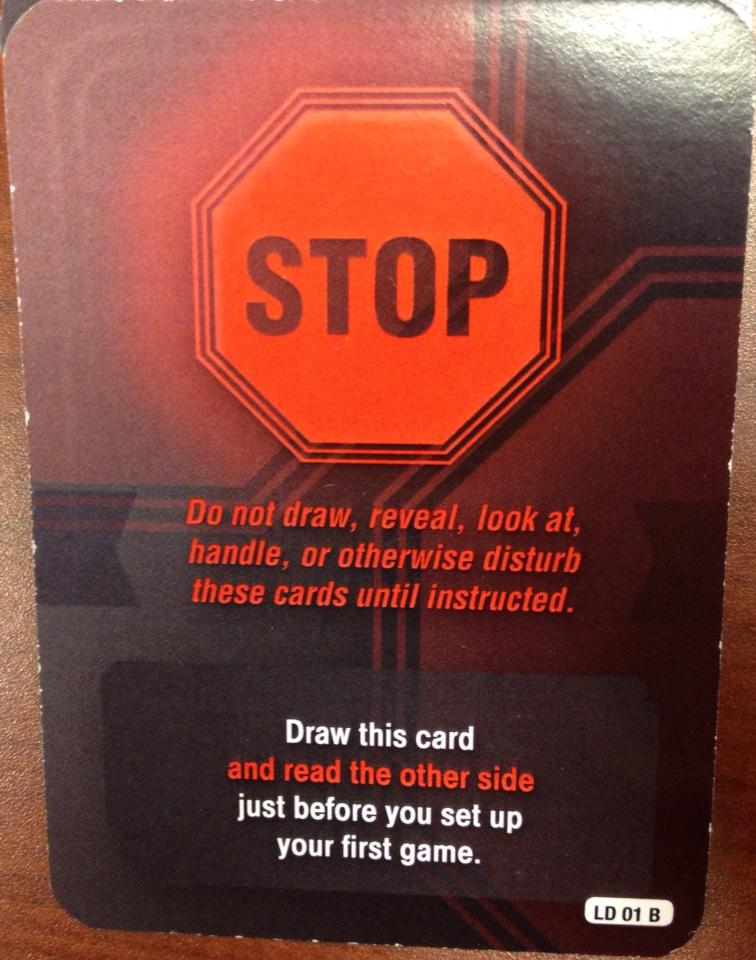 These cards will keep you from revealing the secrets of games to follow. 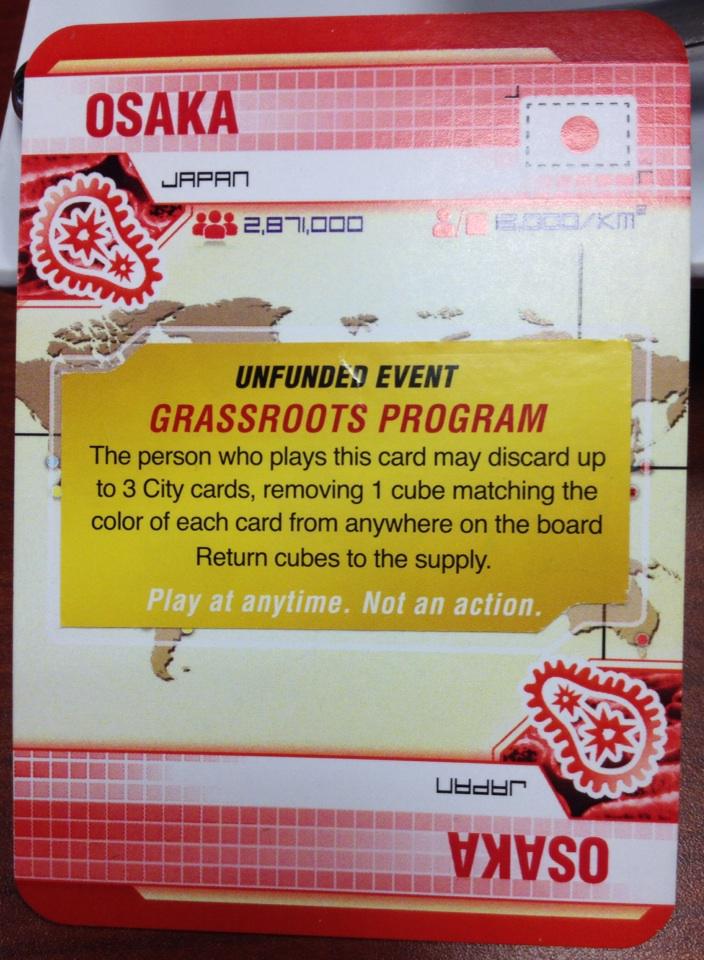 A look at one of the city cards. This one seems to be a hybrid of an Event Card and City card. A section of note is the part that says “Unfunded Event”, we may start seeing an aspect of funding tied to events.

Update: It appears that the “Unfunded Event” item is a sticker. Now it seems you will be able to permanently add effects to certain city cards. I have a feeling that some of these wont be as helpful as the “Grassroots Program”.

It’s hard to tell how games are going to tackle winning and losing. Losing is pretty common in games of Pandemic, but if the punishment for losing is too harsh in Pandemic Legacy I fear that the game could make it impossible to be victorious in later games. As was mentioned previously in this post it’s doubtful that players will be able to outright cure diseases in the first game. I am hoping for more of a mission based game.

The game description on the Z-man game website has the game playing out over one year. We can expect at least 12 games. Ideally gamers would want more but I can appreciate Matt Leacock and Rob Daviau setting this in a set time period. From the way normal games of Pandemic go, it is set to be the worst year for humanity yet.

The game is now available for pre-order and will be released 08/08/2015. Also note that there are no differences in the content between the Red and Blue versions of the game.