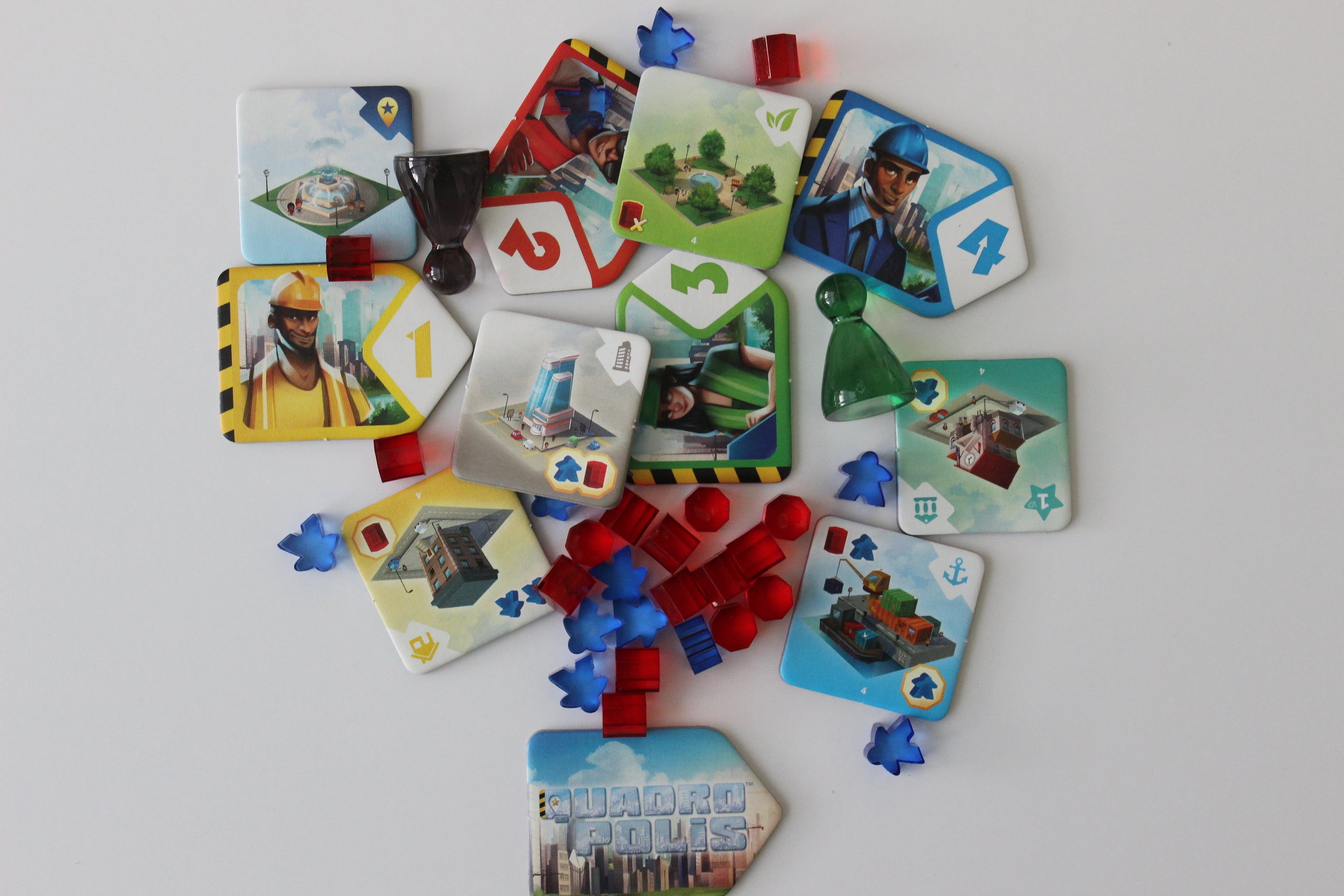 A game of Quadropolis is played over four rounds(four comes up quite a bit in this game, rightfully so) and in each round players will select a city section from the center board using one of four architects. Architects range from value one through four and when placed on the side of the center board allow players to pick up the city selection that many spaces in. The city section is then placed into the player’s city board in a section corresponding again to the architect’s number.

Planning is important because city sections score based off of what they are surrounded by or their location in the player board. A breakdown of how they score is better left for your own discovery; however, it should be pointed out that the theming of their scoring is fantastic. City sections also give you either people or energy. Allocating those two resources to the proper city sections will allow players to score them at the end of the game, tiles that don’t have their resource needs met are discarded before scoring. 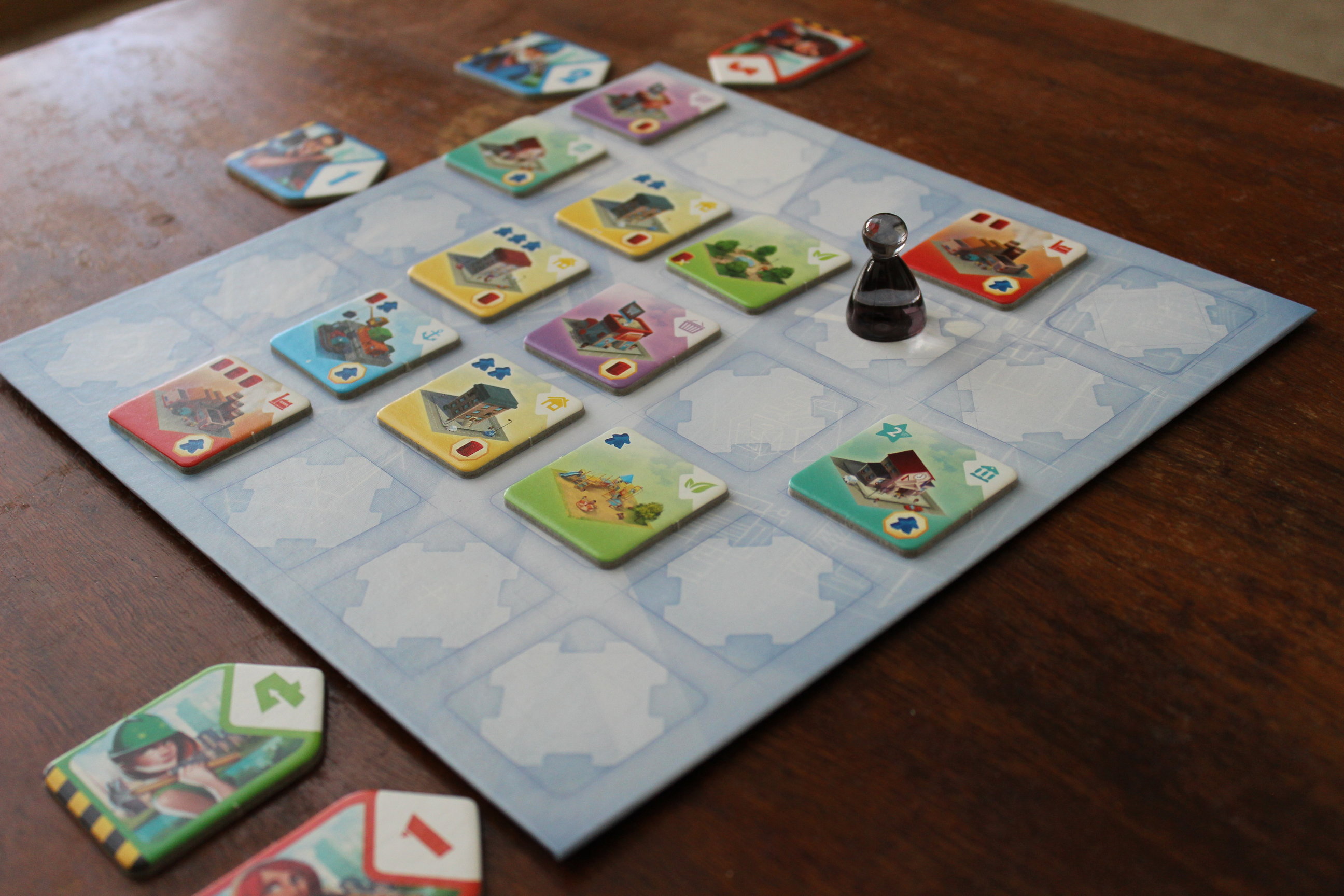 The choice of which tile to take, what order to take them in and where they will fit best on your board is what drives this game. So much fun can be had trying to pivot and change your strategy because you see the players aren’t the only thing influencing your city section selection: the game itself does also. Whenever a city section is taken, a piece called “The Urbanist” is moved to that empty space. A player may not place their architect so that it points at “The Urbanist”, and as this piece moves after each person’s turn it can really mess with your decisions.

At this point, it is worth noting that all the players in the games I played voiced concerns about analysis paralysis. You can see how each of your choices can have a big impact on a player’s end game scoring or even your next city section choice. Everyone voiced concerns that with the wrong people this game could drag on. No choice in the game feels as if it could cripple your game, but I think the onus is on the players to realize that and not crunch the numbers that intensely. 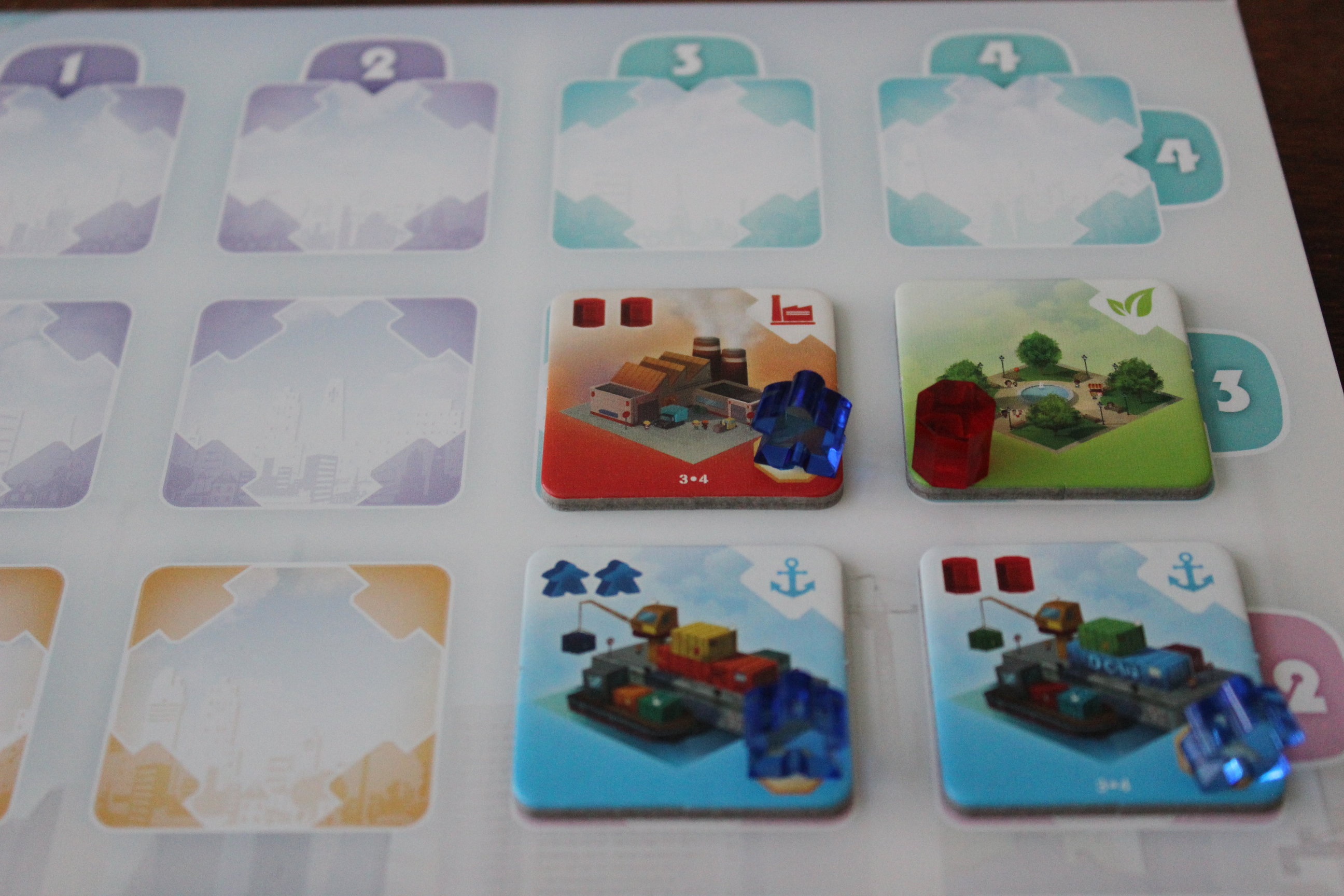 Now everything I have stated in this review applies to the “Classic” version of the game. Included in the box is a version called “Expert” and boy she pops is it a madhouse of a game. Two new city sections are added, however they are not the biggest thing. The “Expert” version adds a fifth district to your player board and changes the layout of those districts. Architects are also now selected from a communal pool and range from one to five. Minor changes like this are very impactful to the game and give this game some legs. Changes to the game like this are what I would like to see in the eventual expansions. Adding in new tiles to score is not the way to keep the game interesting.
Quadropolis is a really fun and accessible game. As a seasoned board gamer I got as much fun out of Quadropolis as I do from heavy Euro or deep strategic games. The strong components will surely hold up to the many plays it is sure to see. I can see this game standing right next Ticket to Ride as one of the easiest to learn and strategic games in history.