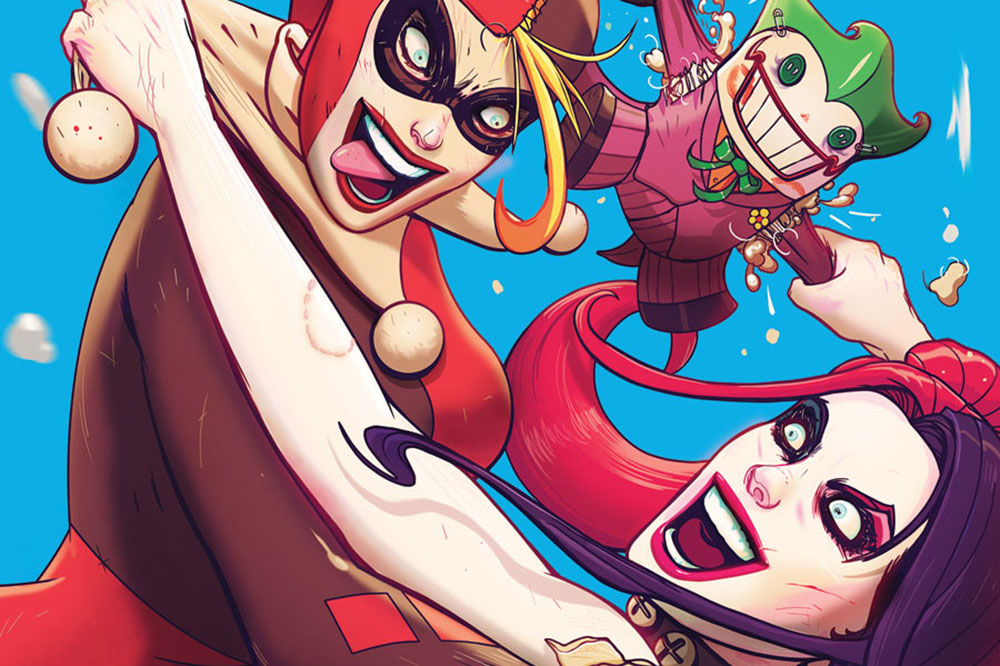 Things are not going well for Harley Quinn. She’s overworked, overstressed, and has too many demands on her time. That doesn’t even include her trying to be a superhero on the side. All she really wants to do is get home to her pets and get some sleep, but she can’t even do that without running into D-tier villains causing trouble.

It’s strange to see the usually high energy character of Harley Quinn so down in the dumps, but jumping into Harley Quinn #15, that’s where she starts. She buys some new birds to cheer herself up, but on her way home there is a fire. The fire department is too busy with several other buildings, so she runs in to save the people yelling for help from the window. Inside she is confronted by Tinderbox, a flamethrower wielding baddie who is none too happy with the representation provided by the now burning law firm.

Harley makes quick work of Tinderbox, but finds that all the pet food she was transporting has been stolen. Eventually she gets home to find her old pal Poison Ivy has let herself in. There is some discussion of Harley’s current situation, and that she needs an assistant. Possibly multiple assistants.

Interspersed throughout the issue are smaller slices of life stories of other young women who are kicking butts and taking names. Shona, a bat wielding college student who beats up some racist patrons at her family restaurant after they decide not to pay their bill. Carlita, who dispatches a would-be laptop thief while she’s trying to apply for jobs, among others. The point is by the end they set up the fact that Harley is definitely going to be hiring all these butt kickers to start some sort of low level street crime cleanup crew.

I haven’t been following DC comics for quite some time. Honestly, I mostly picked up this issue because I liked the variant cover. I found the writing tried a little hard to hit that whimsical feel Harley Quinn is associated with, which made the dialog feel clunky. The character has always had a sexuality to her, but it seems like they are reaching to hit those notes as often as possible. I found it lacked the charm that drew me to the character in previous appearances.

The New 52 Harley Quinn series is not one I’ve been keeping up on. Issue 15 didn’t have anything that was so tied to previous issues that you couldn’t follow it, but there wasn’t much there to grip me either. I’d give this one a pass.