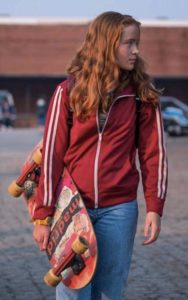 Max jokingly claimed in the second season of Stranger Things that she would be the party’s “zoomer.” Obviously that’s not a thing. And since we never actually saw a successful game of D&D in Stranger Things 3, we don’t know how the gang would interpret that. I choose to believe Max would have ended up as the Rogue, since she’s snarky and sneaky, and manages to get in and out of some tight spots with flair to spare. To help you (and Max) develop a Rogue, here are books tailored to a number of the Rogue prestige classes.

Arcane Trickster – The Legend of Eli Monpress by Rachel Aaron – In a world full of magic and wizards, Eli Monpress is the most infamous thief of the age, with an ever-increasing bounty wherever he goes. What makes him so infamous is he is in fact, also a wizard, not only breaking the laws of the common man but the ones set by wizard society itself. The first of three books in this collection, The Spirit Thief, opens with Eli setting his plans into action alongside his companions Josef, the swordsman with the legendary blade Heart of War and Nico,  the woman possessed by a Demonseed. His plan? Not to gain wealth but notoriety by increasing the bounty on his head even farther. How? By kidnapping a king.

The Arcane Trickster isn’t like other Rogue subclasses, and Eli Monpress isn’t like other rogues or spellcasters. He uses magic alongside his skills of sneaking, disguise, and thievery to achieve his goals. What makes Eli an engaging Arcane Trickster isn’t merely that he uses magic for his schemes. Monpress is in fact quite knowledgeable about magic and the inner workings of Wizard society and yet rebels against it. He is the Wizard turned Rogue. As the tricksters part of the subclass implies, Eli’s motivations allude to more than just increasing his wealth. His true purpose is revealed to you as you read. 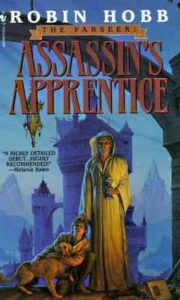 Assassin – Assassin’s Apprentice by Robin Hobb – FitzChivalry Farseer is the bastard son of King-in-Waiting Chivalry Farseer. Unexpected and unwanted, he trains in the arts of an assassin for the royal family. In this coming-of-age tale, Fitz will walk through the shadows as an outsider, his bastard breeding keeping him from being part of the world of the royal family. However, his upbringing and training among them keep him on too high of a perch to be welcomed among the common folks. Fitz will go on a journey of self-discovery and intrigue, revealing secrets about himself, his birthright, and the Six Duchies that could either cause destruction or salvation. The path of the assassin is not an easy one, as Fitz will learn as he becomes a man.

Hobb’s Assassin’s Apprentice encompasses everything a Rogue who chooses Assassin should be. Fitz is trained in deception, disguises, poisons, and stealth all while working actual assassination missions. Any dungeon master looking for inspiration on what to do with your player’s Rogue Assassin should look no further than Robin Hobb’s first trilogy starting with Assassin’s Apprentice. Like any player, Fitz has his failures, faults, and downfalls but uses his skills to the best of his ability to get out of those dire situations.

Inquisitive – Seven Blades in Black by Sam Sykes – Revenge is everything to Sal the Cacophony. She has a list of all of those who betrayed her, and there are no depths she will not sink to in order to cross another name off her list. Once a high ranking mage in the Imperium, Sal is now called a vagrant having gone rogue to fulfill her personal vendetta. With her deadly magic gun, the feared-by-all Cacophony, she will use all her knowledge of her war-torn world and the people just trying to survive in it to find those she hunts. There is no line she will not cross nor road she will not walk upon to stop whatever the other vagrant mages are plotting. Whether she’s doing it for her vendetta or if it’s the right thing to do is up to the reader to decide.

Wizards of the Coast used Sherlock Holmes as an example for the Rogue Inquisitive but Sal the Cacophony walks the more devious line than Arthur Conan Doyle’s classic character. Because of her past, she has a wealth of lore that she uses to reveal the secrets of her enemies. She has a keen eye for details to get her out of dangerous situations and expose the weaknesses of those on her list of betrayers and anyone who stands in her way of getting to those on her list. On the surface, Sal the Cacophony seems like a force of chaos using her swagger and her big gun to get her way, but she is, in fact, a knowledgeable and skilled rogue that puts the best plan into action. Sometimes that involves shooting her big gun, just as any rogue would. 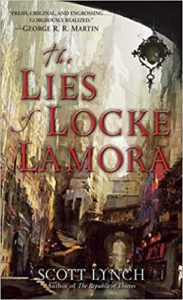 Mastermind – The Lies of Locke Lamora by Scott Lynch – The Gentlemen Bastards are the best liars, schemers, and thieves in Camorr led by the Thorn of Camorr himself, Locke Lamora. Their schemes are so elaborate and multi-layered not even Capa Barsavi, the ruling boss of the criminal underworld believes them to be more than petty crooks. Everything is going according to the Gentleman Bastards’ plans until someone calling himself the Gray King begins picking off criminal gangs one by one to get to Capa Barsavi. With the aid of a Bondmage known as The Falconer, Locke and the gang are blackmailed into helping the Gray King gets what he wants, revenge. Soon, Locke and the Gentlemen Bastards are left with nothing but their wits to survive and to get revenge of their own. Luckily for them, Locke has plans of his own, and one should never underestimate the conniving mind of the Thorn of Camorr.

Straight out of the recommendations from the back of 5th Edition’s Player’s Handbook comes Locke Lamora and the Gentleman Bastards. Locke isn’t just a mere thief though, no, he must more fulfill the role of the Rogue Mastermind from Xanathar’s Guide to Everything. Locke Lamora has schemes with schemes within schemes and schemes for when those other schemes fail. His plans are broken down to the most minute detail. He studies his marks down to most minute detail to plan for everything. He is the criminal mastermind that is as chaotic neutral as they come. His motivations go beyond merely accumulating wealth. Locke Lamora is both the expectant adventurer part of playing a Rogue but the Mastermind crafting plans with his high intelligence. Locke’s plans do go awry, otherwise where would be the conflict? Still, for Locke Lamora, there is always another plan.

Scout – The Alloy of Law by Brandon Sanderson – In approximately 300 years after the original Mistborn trilogy, Waxilliam Ladrian and his partner Wayne return to Elendel from the Roughs to assume the duties of the lord of House Ladrian. Transitioning from the lawless lands of the Roughs back to the capital city is an adjustment for Wax, including his arranged marriage to the noblewoman Steris Harms. Things fall back into familiar territory for Wax when the gang known as the Vanishers make their presence known in the city by kidnapping known and potential Allomancers, people who have the ability to perform particular magical abilities by using metals — teaming up with Steris’s cousin, Constable Marasi Colms, Wax and Wayne partner up once again in order to find the kidnapped Allomancers and bring the Vanishers to justice all the while uncovering the purpose of the kidnappings.

Waxilliam could be a Scout, but he’s more of an Inquisitive Rogue channeling a bit of Sherlock Holmes and a bit of Roland Deschain. No, it’s Wayne who is the Scout. Though not quite the wilderness, the Roughs for Wayne growing up may as well have been the kind of harsh environment a Scout is known to thrive in. Wayne can fit into the many roles a Scout can play; a spy, a bounty hunter, and an ambusher. He has deft hands for taking things, especially hats, and knows every dirty trick for surviving a fight. Wayne is an unconventional rogue mostly leaning towards Lawful Neutral, but working besides Wax, he serves as a great example of a Scout collecting bounties on criminals in the Roughs and the capital city of Elendel. 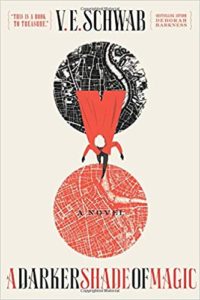 Swashbuckler – A Darker Shade of Magic by V.E Schwab – In A Darker Shade of Magic, there are four Londons; Grey, Red, White, and the closed-off Black London. As an Antari, a rare magician able to travel between the Londons, Kell serves the royal family of Red London, delivering messages between the worlds. Unbeknownst to them, Kell is also a smuggler, illegally taking things between the worlds that he shouldn’t. Smuggling the wrong item is precisely how he gets involved with Delilah Bard, a woman from Grey London who dreams of being a captain of a ship. Together, they find themselves having to travel together to save all the Londons from treachery and dark forces.

Though Kell is a smuggler, he fits the bill more of a sorcerer than a rogue. No, it’s Delilah Bard that’s more of the Swashbuckler in this scenario, or at least becomes one. She’s already the Rogue, stealing what she can to survive what is essentially London in 1819. It’s when she leaves Grey London for the world of magic that she can evolve from the thief barely aboe to make aids meet to the Swashbuckler that aids Kell against forces set out to destroy Red London. A Darker Shade of Magic is only the beginning of Lila’s journey to becoming a Swashbuckler. Like a player choosing their subclass at level three, the reader sees how Lila will level up and gain the skills of a real Swashbuckler.

Thief – A Theft of Swords by Michael J. Sullivan – Royce Melborn and Hadrian Blackwater are highly reputable thieves known as Riyria. They take no chances and choose their jobs quite carefully until they don’t. This decision ends up becoming the worst mistake of their lives as they become swept in a conspiracy against the royal family. This unravels into something march larger than two thieves are inclined to handle. Unless, of course, they’re going to get paid.

The team of Royce and Hadrian are classic thieves. They’re motivated by one simple thing, getting paid, and getting away with it. Adventure though has a way of changing any Thief, and this includes Riyria.  Like any Thief adventurer exploring the world around them to get any treasure, Hadrian and Royce, find their motivations changing as the larger plot happening around them won’t keep them out of it. They steal but find themselves asking if there is more to life than money.