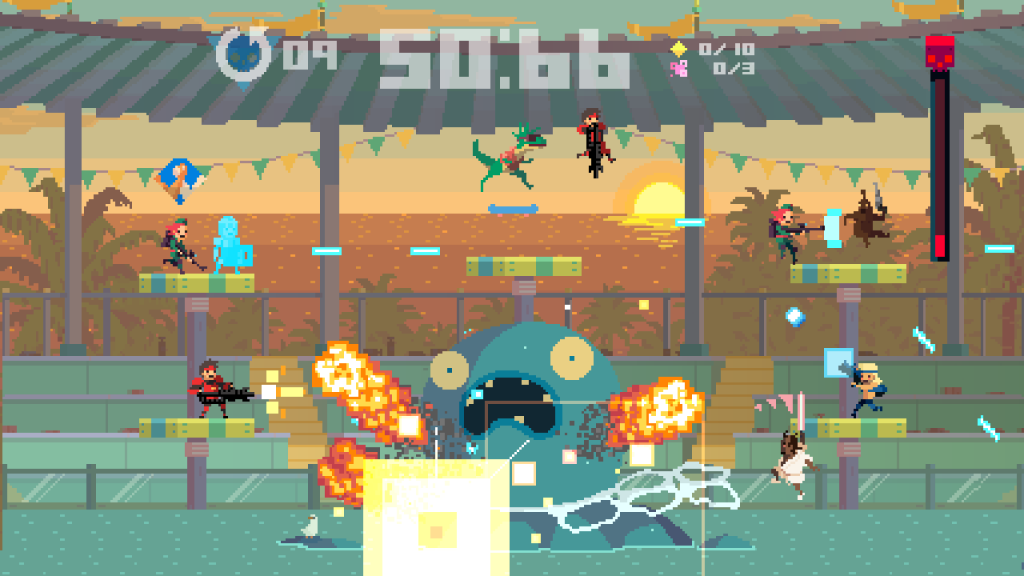 Having only had a day with Super Time Force, I wasn’t able to complete the video review in time, but never fear it is coming. In the meantime, I wanted to drop a quick post here giving you my first impressions of the game.

The game starts out with the discovery of time travel by Commander Repeatski. Quickly the world is overrun by robots and you meet your future self. You inform yourself that you will be saving the world in 5 minutes. The games dialog is all conveyed in text and is very on the nose about being a video game and living in nerd culture.

Frequent use of “l33t” speak is employed with varying degrees of success. It is obviously meant to be ironic, but they layer it on pretty thick. I’m hoping for something a little more clever, than simply saying “lol” a lot, later in the game. 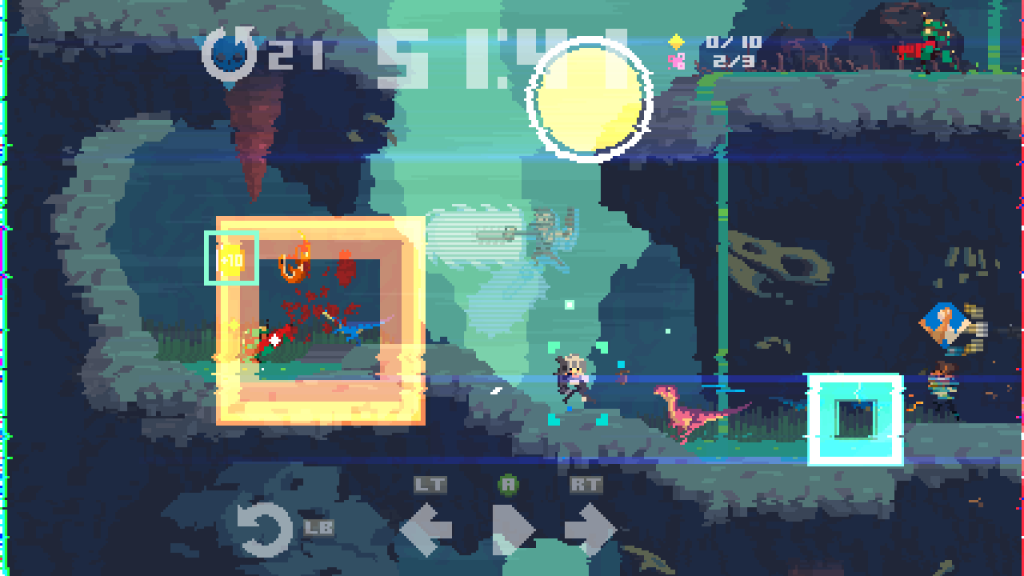 The real star of this game, is the game. It’s a side scrolling action game with pixel graphics and a ton of style. You play as time travelers running through different periods killing robots and locals. The game is intended to be punishingly hard (without time travel). You only have a minute or so to complete each level and this is where the time travel comes into play. You have 30 “time outs” per level which let you stop the action and go back to any point and play as another character along side your previous characters. This allows you to be more efficient, killing twice as fast with two people. Think single player co-op. When you die, it immediately triggers a time out, allowing you to go back and try again. If you can kill or block the shot that killed your previous self, you can save them, giving yourself their charge shot.

There are a lot of playable characters to find throughout the years, each with their own special weapon. A personal favorite of mine is the shield guy. I use him as a blocker, so my future selves will have cover. His charge shot creates a ringed shield that blocks bullets and is very helpful. The other characters you start with include a “sniper” that can shoot through walls and a machine gunner. Letting yourself get killed and saving your self so you can be a shield sniper is always fun and useful. 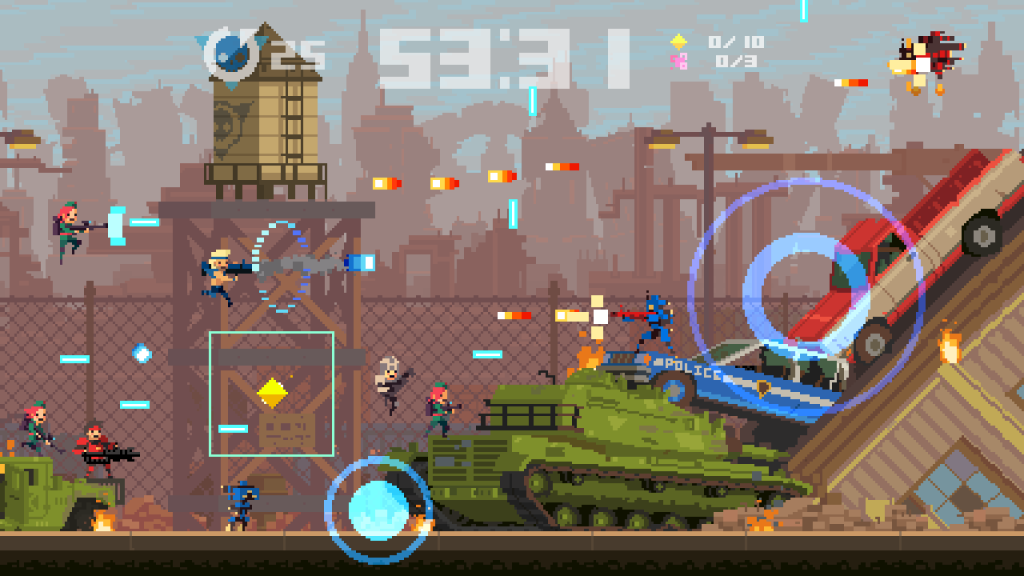 Trying to get through each level while collecting every collectible and saving all your people is challenging and rewarding. Being able to rewind and power through levels turns this sometimes frustrating genre into an action puzzle game definitely worth checking out.