Fans of Stephen King’s The Dark Tower will definitely want this picture book about a train engine and his devoted engineer.

Engineer Bob has a secret: His train engine, Charlie the Choo-Choo, is alive…and also his best friend. From celebrated author Beryl Evans and illustrator Ned Dameron comes a story about friendship, loyalty, and hard work. 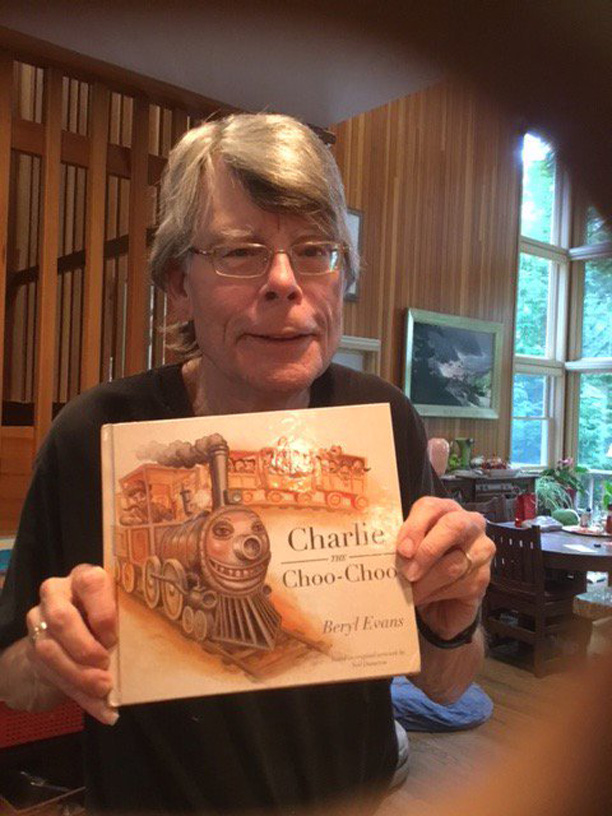 Despite her non-existence, Beryl Evans did appear at this year’s San Diego Comic-Con to sign copies of the book. Spoilers inbound.

Readers of King’s The Dark Tower series will recognize Charlie the Choo-Choo as the children’s book Jake Chambers, a major character in the series, purchased in the third Dark Tower book, The Wastelands. 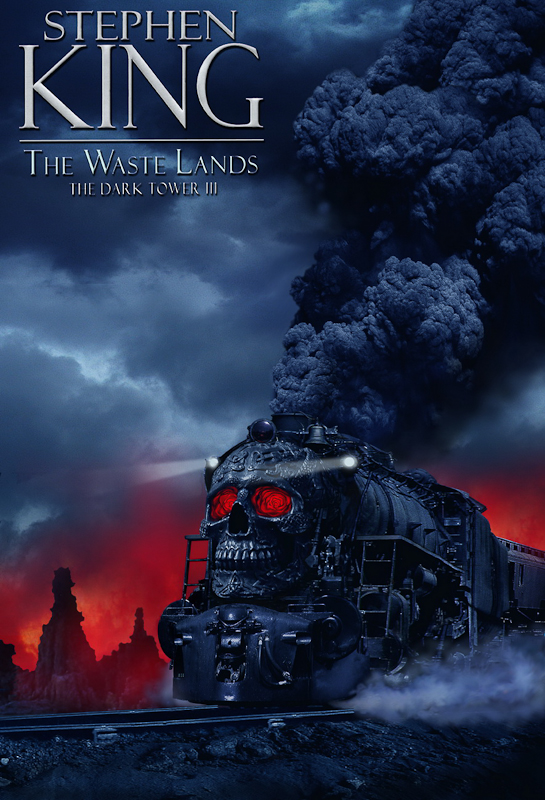 The Wastelands by Stephen King.

In The Wastelands, Jake gets “a deep chill despite Charlie’s smile” because the train “had clearly human features.” Despite the “rather heavy-handed cuteness of the story”, Jake Chambers “didn’t trust that smile” due to the illustrations of Charlie suffering from the uncanny valley, the feeling of uneasiness we get when robots, machines, and 3d renderings appear human but not human enough. King does a masterful job of creeping out his readers, even with something as simple as a character in his novel reading a children’s books.

In the end, Charlie and Engineer Bob get jobs pulling kids around an amusement park but Jake is not falling for the happy ending for one minute. Though “Engineer Bob’s smile was supposed to convey supreme happiness” in the engine cab of Charlie “looking as happy as a pig in shit,” to Jake “it looked like the grin of a lunatic.” A look that Charlie shares and the children riding in his passenger cars do not. Their faces, according to Jake, “looked like grimaces of terror” saying “let us off this train” and “please, just let us off this train alive.” 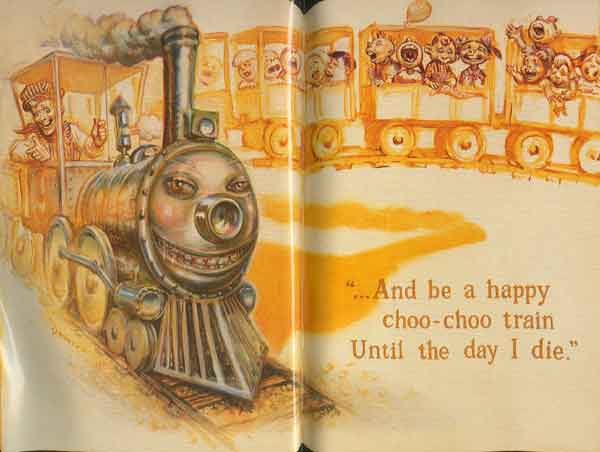 Image by Ned Dameron from The Wastelands.

The book would later serve as foreshadowing for the monorail known as Blaine that would get Roland and company out the city of Lud and inspire Eddie Dean to defeat the insanely suicidal engine. Spoilers outbound.

The fact that King has decided to bring the fictional Charlie The Choo-Choo book to life could be because of the upcoming film based on The Dark Tower series starring Idris Alba, Matthew McConaughey, and Tom Taylor. Let’s hope if The Stand adaptation ever gets off the ground, he’ll keep Captain Trips, the superflu that kills 99.4% of the population, to himself.