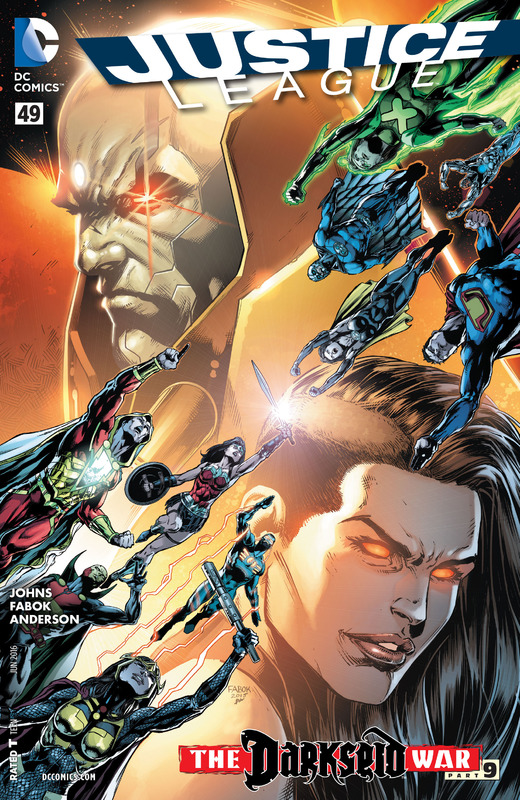 First Impressions: Geoff Johns certainly knows how to write a climax. For the last 4 issues, Justice league has been building to the end of Darkseid War, and there’s still another 4 issues to go. That said, Johns isn’t coming from a particularly conventional starting point. With Darkseid having been killed by the Anti-Monitor and the Justice League filled with godly power, its anyone’s guess as to where the story will go from here. Our last issue was even more off the wall with the Earth-3 Injustice League joining forces with the Justice League, Ultraman dying at the hands of the Anti-Monitor, Ultrawoman about to give birth to something and Batman doing, well, whatever he damn well pleases. This month’s cover is, as per usual, incredibly good looking. However, it does seem to depict the two leagues going head to head and, I don’t want to nit-pick, but that was the plot of Forever Evil. While I do trust Geoff Johns, there is a real risk that with DC Rebirth only a few weeks away, Justice League’s last few issues may suffer.

Verdict: There is a certain art to constructing and maintaining an ensemble battle during such a large event. Geoff Johns, on the whole, is really very good at this. This time he seems to have missed the mark, which is a shame this close to the end. The birth of Ultrawoman’s baby has been building since the end of Forever Evil last year, and the whole thing ended up being a little disappointing. Perhaps the real issue is less the subject matter itself, but rather the sheer volume of it.

It feels like there is so much going on this month that no single piece of the battle is allowed to breathe. The opening idea of the whole issue is that with Darkseid dead at the hands of the Anti-Monitor, the battle field can change in unpredictable ways. Johns, like any good writer, picks this up and runs with it. He then seems to run too far with. There is, for the number of pages available, simply too many plot threads running through the battle and the entire thing begins to feel incredibly jumbled, which is quite unlike Geoff John’s normal fare. Just as we seem to settle on one portion of the battle, we switch and focus on something else. There’s no place for any ideas to breathe, and considering the number of complicated things going on and plans unveiling, John’s really needed to take his time with this one to avoid confusion.

While I am still eager to read next months no doubt thrilling conclusion to Darkseid War, I just couldn’t enjoy this chapter as half the time I didn’t know what was happening. A weak chapter in an otherwise stellar story. 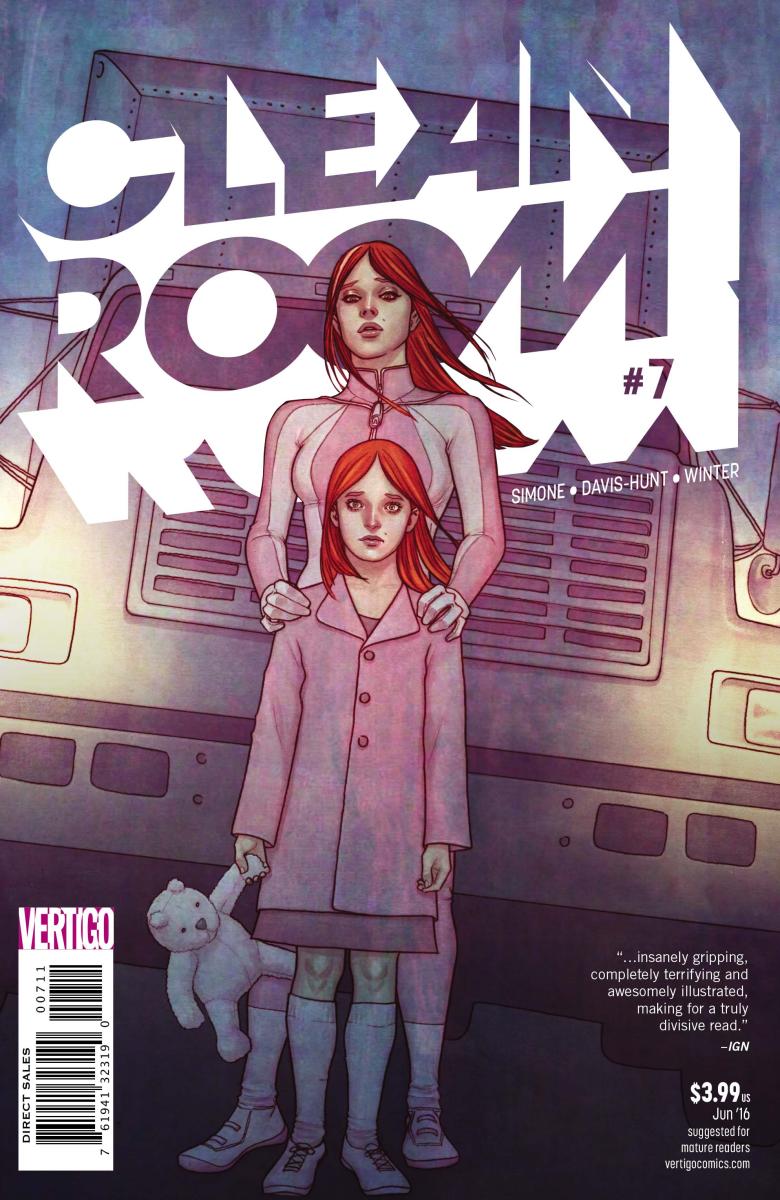 First Impressions: Clean Room has lately been all about Astrid Mueller. And that is definitely not a complaint. Gail Simone shifting Astrid from a semi-faceless, corporate, self-help overlord to a desperate and brilliant woman trying to save the planet is a killer move. As interesting as Chloe’s efforts to take down Astrid and her empire and find out why her boyfriend killed himself were, there were far too many hints at a greater, more alien threat. I can’t help but think that even though Simone is brilliant, having our protagonist, Chloe, split between two forces would just drag it all down. With Astrid beginning to come to the fore as one of our heroes, it would seem that now is the time for ‘the flashback issue’. Color me excited.

Verdict: Once again Gail Simone has proven me wrong. After 7 issues you’d think I would come to realize that I can never predict the contents of an issue of Clean Room. While there was indeed some flashback, including the second appearance of Anika Wells (Astrid’s employee from several issues ago) and a few scenes of Astrid as a child, it’s fairly chopped up and seems to jump from time to time and place to place. Simone taking us on a jaunt through Astrid’s past and the eventual taunting by the ever creepy Surgeon near the end is undoubtedly the A-plot. However, it’s the B-plot that has me intrigued.

Far, far back in issue one, Detective Avil Demakos remarked on the number of suicides associated with Astrid Mueller. Now 6 issues later, he’s reappeared, and it would seem he and Chloe are about to embark on a team up. I’m looking forward to seeing Chloe having a little more to do other than be carted around being confused and frightened. She is in some ways a reader proxy, and now that we’ve spent some time wondering, we’re ready to start getting some answers.

My only real gripe with the issue is that, while Simone does a great job of hinting and teasing at plot lines to come and is no doubt all set to press go on a new round of excellence, nothing really happens this issue. It feels like filler. That said, it is still Clean Room, so it’s good filler. I’m looking forward to next month where once again Gail Simone will no doubt defy my expectations and make me look foolish.