The next few months have some promising releases, and I’ve compiled the best of them all in one place. 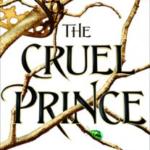 Cruel Prince – January 2: Holly Black never disappoints with her combination of adventure, romance, and true darkness. I anticipate being impressed once again by her take on Faerie, a realm she imbues with deadly tricks and dangerous illusions, this time from the perspective of a kidnapped child raised in Faerie. Jude wants to become part of the fey court, but she’s mortal. What will the cost be, and will her sisters have to pay it? 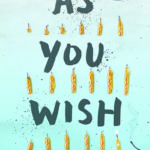 As You Wish – January 2: Birthday wishes always gave me anxiety as a child (as the child of a lawyer, I had a deep grasp of loopholes) and I’m sure this book will finally justify it. In Eldon’s town, everyone gets a wish on their 18th birthday, and the wish always comes true. For better or, usually, for worse. So what to wish for?

Gnomon – January 9: Nick Harkaway builds narratives that bridge the worlds of Clever and Weird, and this seems like no exception: a perfect panopticon state that is, of course, dangerously imperfect. A murder. A mystery! An…ancient alchemist. A…shark? Whatever. I trust that Harkaway will make it work. 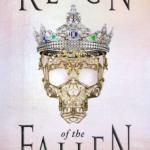 Reign of the Fallen – January 23: Necromancy is an underutilized magic in general, but its potential is enormous. What bigger questions are there than life and death? I’m pleased to find another story that does not equate death with evil, and also one that has a queer romance powering its heart. If Sarah Glenn Marsh and her heroine Odessa can make this book half of what I’m imagining, with its ruling class of undead royals and a plot involving bloodthirsty abominations, it will be fantastic indeed. 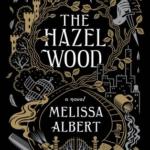 The Hazel Wood – January 30: This one has a lot of buzz already and I hope it can live up to expectations. Alice’s mother is kidnapped into what she always thought was just a story: the Hinterlands, the setting for her grandmother’s famous books. Now her only ally is a mega-fan of the series. It doesn’t seem like enough to brave the wicked world her grandmother—created? described?—but Alice will have to make do to make a story of her own. 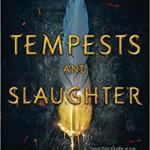 Tempest and Slaughter – February 6: Tamora Pierce, the woman who gave young girls empowering YA before there was YA, is back to Tortall with the first in the Numair chronicles. Anyone familiar with Pierce’s Immortals quartet will recognize the name, and I do recommend reading all four before this comes out (they’re short). Numair, a talented mage-in-training, begins on the path that will see him made a traitor and refugee, and ultimately a hero of the realm. 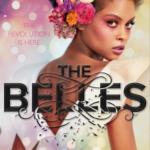 Belles – February 6: Beauty is power in Dhonielle Clayton’s debut novel, and more than that, Beauty is the key to salvation. As a Belle, Camellia can control Beauty, and her skill makes her a contender to serve the Queen of Orleans. But entering the royal realm means a whole new level of influence, responsibility, and secrets. Exactly how far will Camellia’s power take her, when revolution is within her grasp? How far does she want to go? 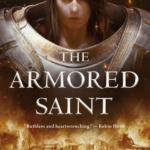 Armored Saint – February 20: Heloise is less afraid of devils than the Order that opposes them, a tyrannical, theocratic military indifferent to collateral damage. As a survivor of one of their purges, she risks their wrath and begins to fight them. I always like a good underdog story, and I am looking forward to seeing how it ends. 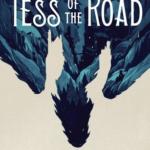 Tess of the Road –  February 27: Rachel Hartman returns to the land of ultra-logical dragons and medieval humans to bring us Tess, a girl who refuses to “get thee to a nunnery.” Escape from nuns seems like a pretty great beginning. (Also there is a book I loved as a child, an early Newberry winner called Adam of the Road. My fingers are crossed that Hartman knows and is drawing on it, and this is a classically inspired quest/wanderer narrative.) 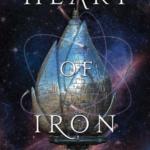 Heart of Iron – February 27: Found as a baby and raised by space pirates, Ana of course has a heart of gold. But the android she was found with is glitching, and to save him she needs access to forbidden technology on a lost ship. Competing to salvage it with a snooty princeling, she’s on the run and running out of time. This one could be generic, but I’m hoping it’ll surprise me. 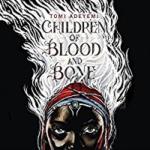 Children of Blood and Bone – March 6: Although the title employs my least favorite YA trend of the past few years (X of Y and Z, ugh), I am excited to hear the story of Zélie, who is fighting a rebellion against a colonizing monarchy that stole her mother and her nation’s magic. Her goal is no less than the crown prince, who wants to eradicate magic for good, and her ally is a rebel princess. I am in. 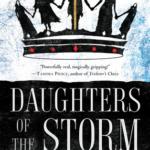 Daughters of the Storm – March 6: Five daughters face off against one brother for the crown of a Norse-inspired kingdom, and to save their father the king. This is an epic with some serious D&D 4e overtones: the sisters are a warrior, cleric, wizard, leader, and high-charisma bard-type. I hope their characters are as well-developed as their roles in the party; if their personalities and relationships are good, this could be a real winner. 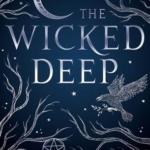 Wicked Deep – March 6: An entire town haunted by the ghosts of three girls drowned as witches—three ghosts who possess three living girls in order to kill three boys. It’s virtue versus vengeance with a dash of numerology. I am intrigued and hope they also answer the question of “why would anyone with kids live here.” 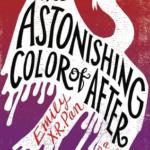 Astonishing Color of After – March 20: Leigh has one unshakable conviction: when her mother committed suicide, her mother turned into a bird. Now Leigh, a girl with unbearable guilt disguised as a ghost with wings, has been shipped off to her grandparents in Taiwan where she must find a way to put herself back together again. 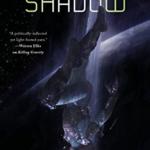 Void Black Shadow – March 27: I loved Corey J. White’s first novella, Killing Gravity, and I have been eagerly awaiting the follow up. Now that Mars has decimated the military organization that that made her, tortured her, hunted her, and killed her sister, she…well apparently she’s not done with vengeance. It’s not terribly clear but I’m sure it’ll be fun. 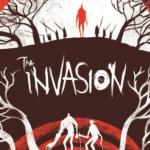 The Invasion – March 27 I (and the publishing schedule gods) saved the best for last. Peadar O’Guilin’s The Call was an incredible standout from 2016, in which a disabled girl must find a way to survive the vengeance of the Fey that even her able-bodied classmates rarely escape. Now, Nessa is branded a traitor and must escape once more, using her wits and her unquenchable will.

There are plenty more coming out later; these are just what’s happening through March. Hopefully this will get you started on any book-related resolutions and give you some options for any gift cards burning holes in your pockets.