Put on your Stillsuit and mount your sandworm – Legendary Entertainment has acquired the film and television rights to Frank Herbert’s Dune. In the past, the novel was made into a film in the ’80s directed by David Lynch and starring Kyle MacLachlan and a miniseries on SyFy (then the Sci Fi Channel) in the early 2000s, starring Alec Newman. As recently as 2008, a film was attempted by Paramount Pictures. 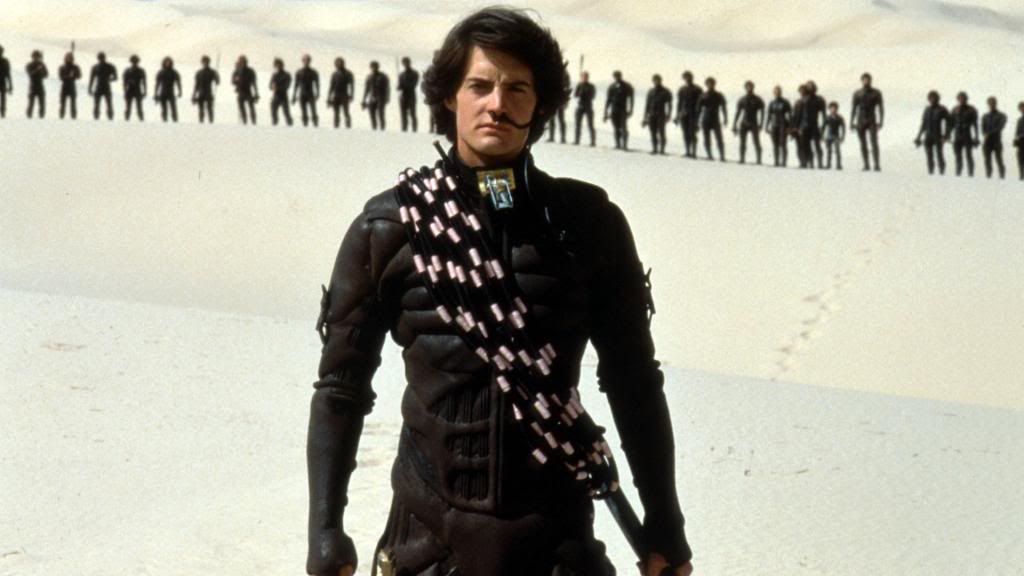 Burbank, CA – November 21, 2016 – Legendary and the Frank Herbert estate have reached an agreement granting the production entity the film and television motion picture rights to the beloved novel DUNE, one of the most revered science fiction novels of all time. The agreement calls for the development and production of possible film and television projects for a global audience. The projects would be produced by Thomas Tull, Mary Parent and Cale Boyter, with Brian Herbert, Byron Merritt and Kim Herbert serving as executive producers.

Set in the distant future, Dune tells the story of Paul Atreides whose family accepts control of the desert planet Arrakis. As the only producer of a highly valuable resource, control of Arrakis is highly contested among the noble families. After Paul and his family are betrayed, the story explores themes of politics, religion, and man’s relationship to nature as Paul leads a rebellion to restore his family’s control of Arrakis.

Dune has long been considered the crown jewel of science fiction properties. Its legacy and influence is witnessed in everything from STAR WARS to THE MATRIX and often referred to as the science fiction version of LORD OF THE RINGS with its sprawling world and multi-dimensional politics.

The agreement was negotiated by Mike Ross and Jen Grazier on behalf of Legendary and Marcy Morris and Barry Tyerman of JTWAMMK on behalf of the Herbert family.

Legendary Entertainment is no stranger to science fiction. They may best be known Christopher Nolan’s The Dark Knight series of movies but also includes Man of Steel, Jurassic World, Interstellar, Godzilla, Warcraft, and Pacific Rim. Whether the entertainment acquired rights to the novel’s sequels Dune Messiah, Children of Dune, or God Emperor of Dune is unclear from the press release citing only the events of the first novel.

With the rise of high budget television shows like Game of Thrones, Westworld, and Marvel’s original series on Netflix the possibility of a Dune television series that would continue into the sequels isn’t unlikely. However, if Legendary has only acquired the rights to the first novel they may decide a single film may be the better route to go. Either way, the world of Dune is rich with history, culture, lands, and characters that would make for a welcome addition to television or film.