Book geeks and Geeklies who love books often want to branch out, so I’ll be doing a few lists of works in translation, starting with Japanese novels. Japanese fiction is fairly well established in English translation, so I’m going to avoid such obvious talents as the Murakamis—Haruki and Ryu—who have achieved international fame, or Kawabata and Oe, who each won the Nobel Prize in Literature. And of course Mishima, whose spectacular (literally—it was a spectacle) death overshadows his spectacular writing. No, these are lesser-known writers who deserve some love, and whose stories at least touch upon the SFF realm. 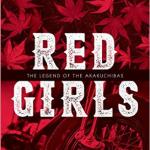 1. Red Girls (Kazuki Sakuraba) – A generational novel about three very different and very extraordinary women. The grandmother is psychic, the mother is gang leader turned manga artist, and the daughter is trying to unravel a murder. Add to it the whole history of 20th century Japan, a cast of extremely colorful townsfolk, and you’ve got one hell of a crazy-cool book. 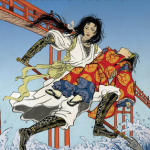 2. Moribito (Nahiko Huehashi) – This was written by an ethnologist interested in foundational myths and aboriginal culture. Spirits and gods abound in her fictional realm, and many lands need saving. You can feel her research flowing through the narrative, but it only enhances the story of Balsa, the spearwoman trying to atone for eight deaths by saving eight lives.

3. Snakes and Earrings (Hitomi Kanehara) – Imagine a female Ryu Murakami writing about youth culture with all the violence and sex, but without such head-scratching weirdness. Piercings, tattoos, and the peculiar process of gradually splitting one’s tongue all adorn this tale of unabashed lusts. It’s incredibly short but packs a punch. 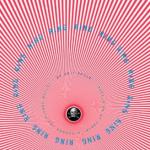 4. Ring (Koji Suzuki) – did you know this was a book? Well, it is, and it came first. It’s still different enough from the manga, the anime, the movie, and the American remake to be worth plunging into the same story–or what you thought was the same story. A bit dated now that we have the internet and the concept of “viral” has changed, but still a great mystery, with meditations on the price rage and cruelty to back up its horror instead of jump scares. 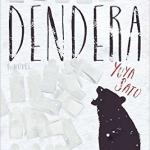 5. Dendera (Yuya Sato)- Little old ladies fighting bears. Not a strangely compelling enough summary for you? All right: Kayu, like all villagers who turn 70, is brought up the mountain to die rather than be a burden on her family. She expects to die, but is rescued by a commune of women who want to destroy the village that sentenced them to death. But first, they’ll have to survive the winter with a hungry bear. 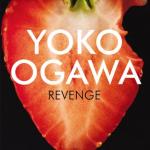 Honorable Mention: Revenge (Yoko Ogawa) – a collection of eleven interconnected short stories dealing with obsession and murder. Most are profoundly weird, especially the one about the hairdresser visiting the museum of torture, and though the collection is imperfect, the writing is clear and sharp. 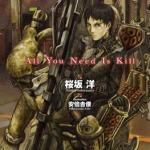 My own to read: All You Need Is Kill (Hiroshi Sakurazaka), the basis for that movie Live Die Repeat Formerly Known As Edge of Tomorrow (aka That Movie Where They Replace A Japanese Guy With Tom Cruise).