Today on this edition of “Geekly Chic Undercover Cosplay”, I will be covering another Overwatch character but with a slightly different approach. This article will focus on the fierce and rocket wielding hero of Fareeha Amari aka Pharah. Pharah can be found zipping around the skies, knocking back enemies, and always there is a chance of justice raining from above with her. Today, instead of the traditional women’s fashion looks, I opted for a more androgynous/men’s look to this character since she is a fan favorite for everyone. So, let’s take a look at Pharah’s in game outfit and then breakdown her undercover cosplay style and how you can take this from stopping Talon operatives to grabbing some brews with the gang. 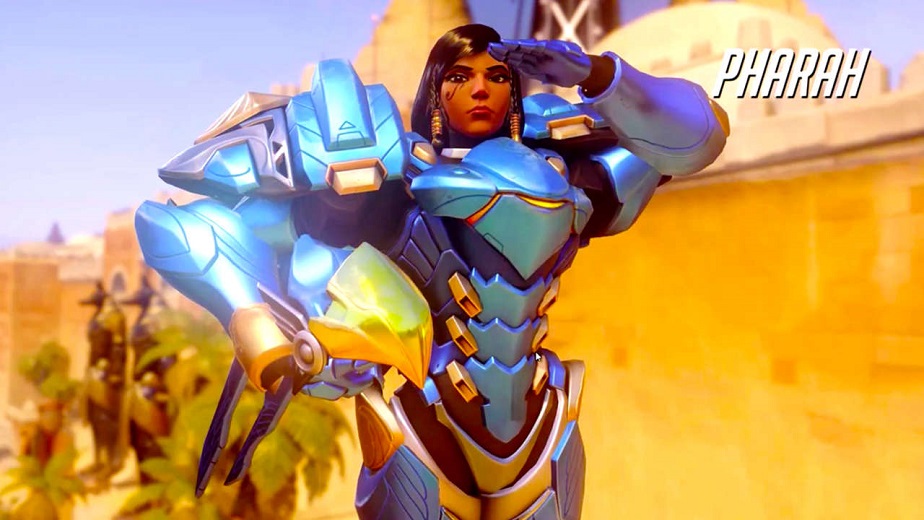 For anyone who hasn’t played Overwatch yet, Pharah has one look in the game-her amazingly bright and brilliant armor that keeps her hovering the skies and sending rockets of justice into her enemies. Of course though, wearing armor all day isn’t practical for the majority of us, so here is another option to take her battle gear and make it more casual. 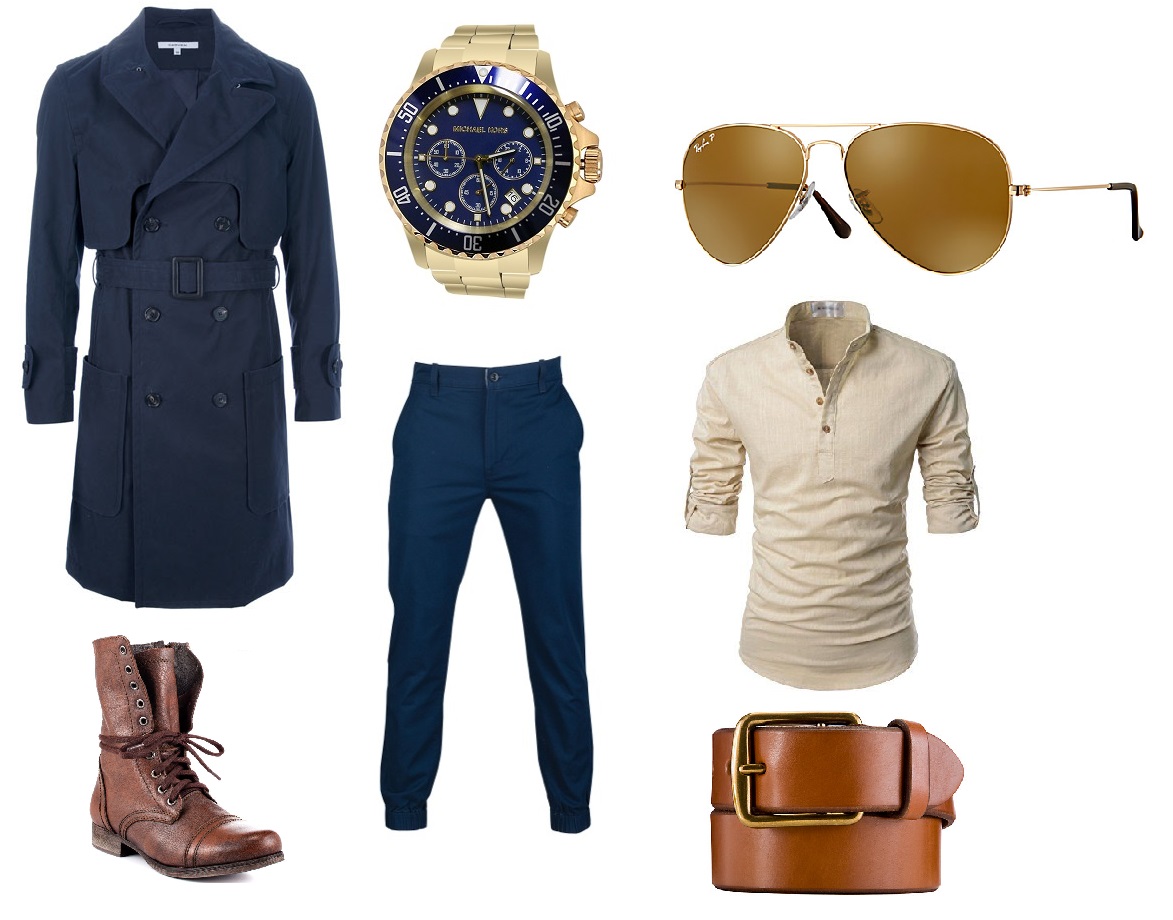 For this look I went with something that had an almost “Nathan Drake” feel with a button down henley. You could use any type of tshirt for this look, but I felt the henley gave it a little bit of a relaxed look but still had an overall structured appearance that fit with the rest of the outfit.

Since Pharah is known for raining down justice with her rockets to those that oppose her, it was only fitting to have a trench coat pulled into the look. This ensure that even if you experience some real rain, you will still keep the composure that Pharah always exhibits; as well as working in place of her armor.

I went with a military overall style to highlight Pharah’s time and training in the Egyptian Army and so these blue army style pants fit the bill perfectly. They also are extremely comfortable while still maintaining a more “put together” look.

In keeping with the nod to military fashion, combat boots are a must for any Pharah look. These boots have just enough styling to keep them fashionable and work well for men or women. Bonus, you can wear these all day and not even miss Pharah’s ability to fly to take a load off your feet.

Most of the outfit I kept in blue and warm neutral colors to compliment Pharah’s armor and look. However accessories is the perfect place to pull in the gold tones without the overall outfit being gaudy, which definitely is not Pharah-like. A chunky gold watch with a blue face fits the style and look. Another military-style piece is the aviator sunglasses, bringing just a touch more gold to the outfit. Lastly, a belt with gold accents helps to tie in the brown boots and break up the blue from the pants and jacket.

This brings us to the conclusion of another “Geekly Chic Undercover Cosplay” edition. In the future I plan on bringing more of Overwatch’s characters to the streets, as well as other icons in nerd and gaming culture. If you have someone that you want to see featured let us know by commenting below or reach out to us on Twitter @nika_howard and @ethnicninja. Until next time, Happy Cosplaying!