Cheers readers! Today’s edition of “Geekly Chic Undercover Cosplay” is featuring Overwatch’s quick to love character, Lena Oxton aka Tracer. Tracer is known for darting around the map, making it hard for enemies to hit her while she is zipping and rewinding behind enemy lines. Her in-game outfit is pretty simple to begin with, but we can still give her that street style suitable for those busy days when you feel as though you never stop running around. 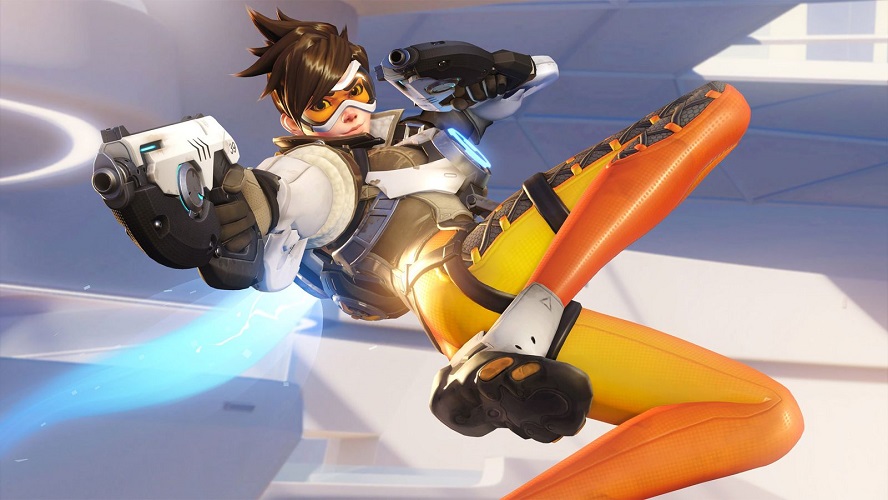 For Tracer’s street style outfit I wanted to keep the main pieces of her look but tone down the overall accessories that she has; such as the chronal accelerator, her pulse pistols, and the various straps keeping everything stationary while she is zipping around. 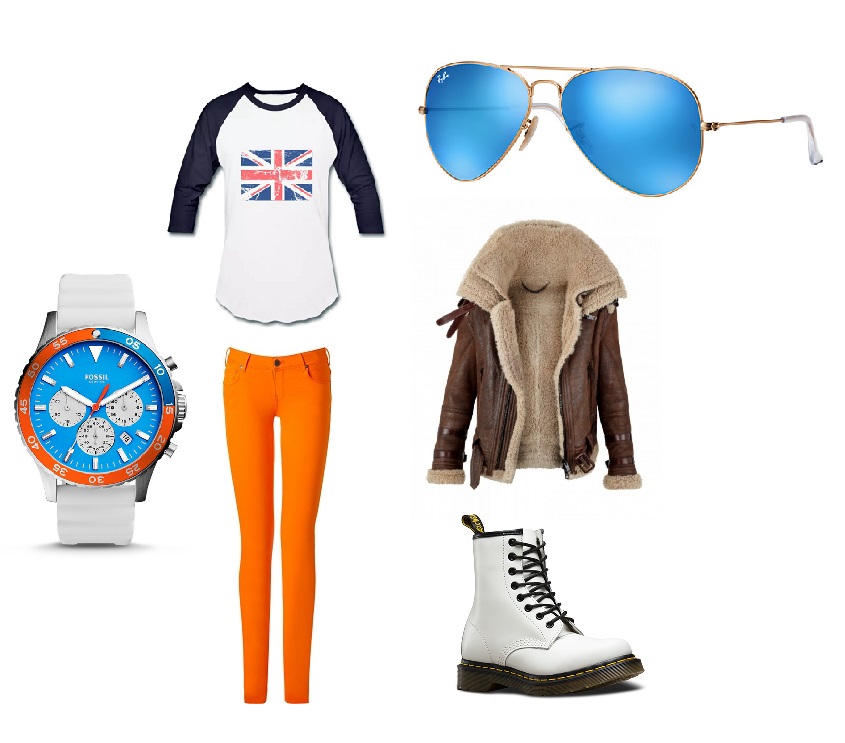 Since in the game the player never sees what kind of top Tracer wears, I imagined her sporting the ole’ Union Jack and showing her country pride. The baseball t-shirt style also keeps her sporty attitude present and is something you could wear all day comfortably.

Tracer (as well as many of the ladies in Overwatch) seem to have legs that go on for days, making her ombre leggings the main focal point of her outfit. This look is easily achieved with a pair of orange skinny jeans that stay true to her in-game attire.

Tracer started out in her career in Overwatch as a pilot and a military inspired sherling bomber jacket is the perfect nod to her piloting past.

Sticking to the subtle British pride, these hefty boots  still maintain the military style and are a great interpretation of her in-game shoes.

Since no one would want to wear around her battle gear, bringing in blue hued accessories are a perfect way to make the unwieldy props functional. This watch, although it is a men’s style, works with the color scheme and by having it be a little bulkier, fits into the hint of military look we are striving to achieve. The other essential Tracer accessory are some aviator sunglasses. In game she has several skins that feature these and using a blue lens sunglass pulls in the blue hints from her chronal accelerator.

This brings us to the conclusion of another “Geekly Chic Undercover Cosplay” edition. In the future I plan on bringing more of Overwatch’s characters to the streets, as well as other icons in nerd and gaming culture. If you have someone that you want to see featured let us know by commenting below or reach out to us on Twitter @nika_howard and @ethnicninja. Until next time, happy cosplaying!