Touting itself as “The Best Four Days In Gaming”, Gen Con in Indianapolis sees its fair share of board game releases. We thought it would be good to give you a preview of the upcoming releases for board games from Gen Con. If you are attending, you should be able to pick these games from the suppliers booth. If you are not able to make it, copies should be available soon after the convention.

A release from Portal games and the designer of Imperial Settlers, Ignacy Trzewiczek, comes my most anticipated game of Gen Con. Rattle, Battle, Grab the Loot is a pirate themed game that uses unique components to stand out from the wave of pirate games. Players will go on quests to seize treasure from the bountiful sea, the bottom of the game box. 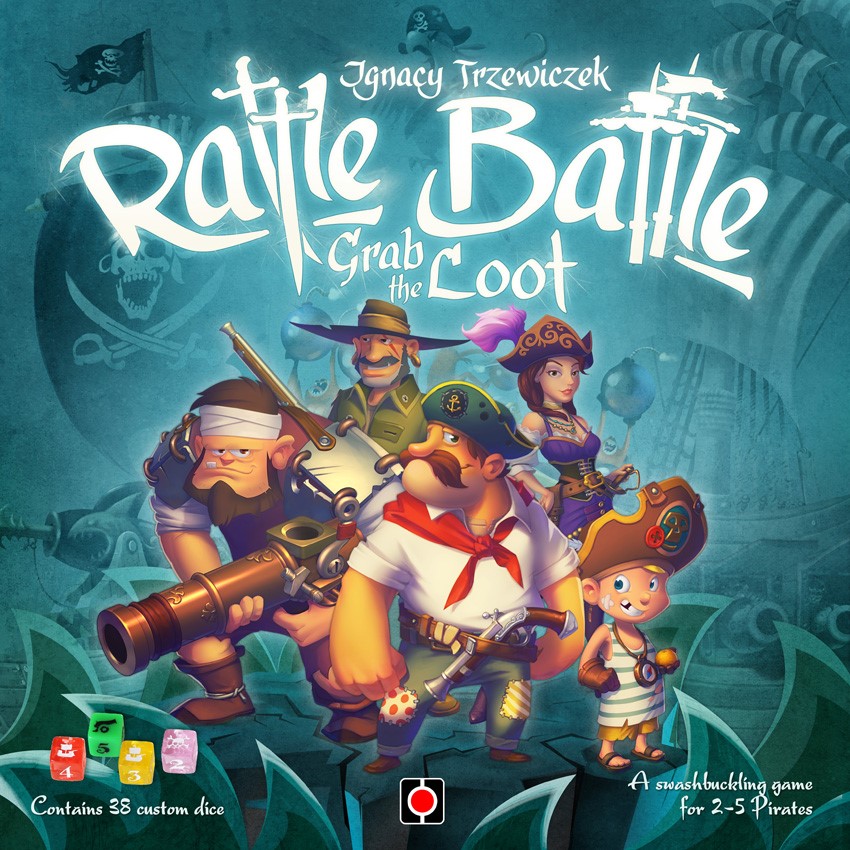 Ashes: Rise of the Phoenixborn

A card game similar to Magic: The Gathering but streamlines gameplay while not sacrificing luck. Playing cards and rolling dice are your tools to defeat your opponent in a head to head battle. A balance of luck and strategy is struck by allowing players to select their own starting hand while still relying on dice rolls to gain the resources that allow players to field those cards.

Plaid Hat Games, the publisher, has called this a customizable card game. There is not going to be rare chasing,  instead players can customize the decks in the box, 6 in total, to create unique decks with different strategies. Expansions are expected but will likely be a standard set of cards to focus on strategic deck building.

An expansion for Star Wars: Imperial Assault adds two new rebels and two new units for the Imperials. We also have a new side campaign to rescue Han Solo while he was on Mos Eisley or in skirmish players can battle in the cantina. Nothing major to report on this one but if you are a fan of Imperial Assault you will be drooling to get this one. 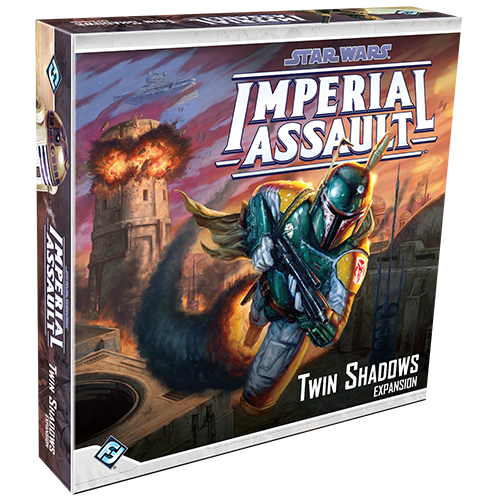 Americans have been itching to get their hands on copies of this after we have seen videos from European countries playing Mysterium. One player takes the role of a ghost bleeding odd dreams to the other players, taking the roles of psychic investigators, to try to solve the murder. The dreams come in the form of Dixit like cards, and rely on the investigator inferring the right information while the ghost stay completely silent. 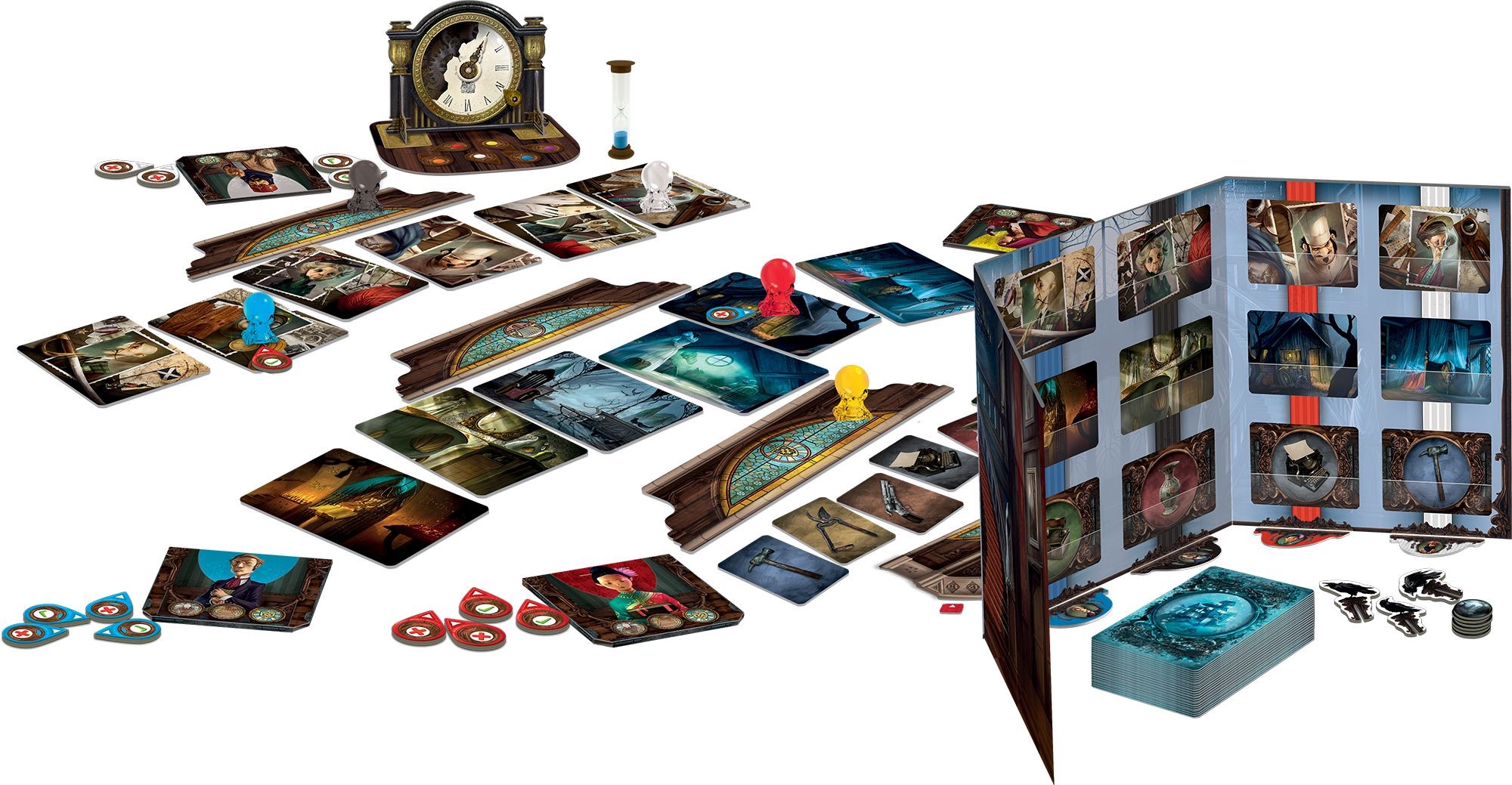 The version that’s being published in the United States does change the art work and an odd play board for the ghost, however the gameplay goes unchanged. If you want a game that makes you want to tear out your spectral hair then check out Mysterium. 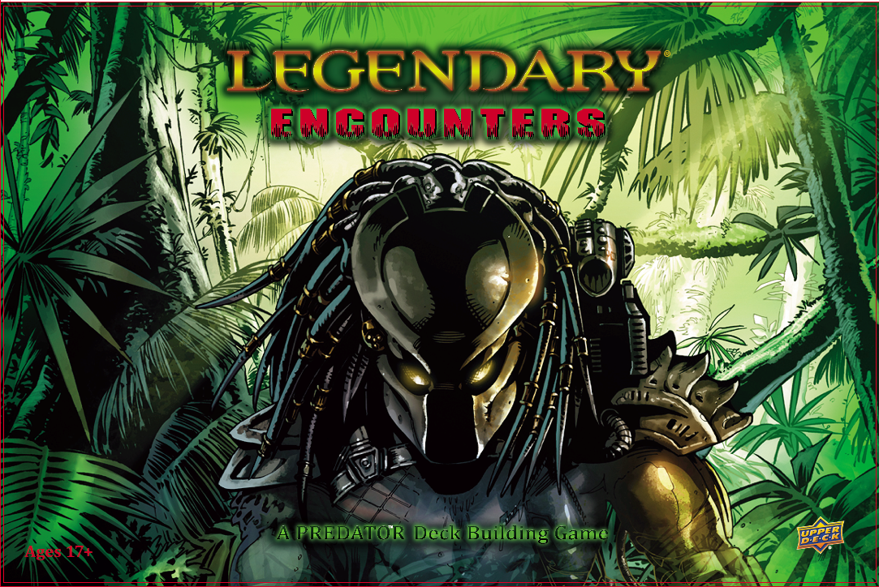 WOLVERINE VERSUS PREDATOR, YOU CAN PLAY WOLVERINE VERSUS PREDATOR! *deep draw from oxygen tank* Alright, alright I am sorry. Similar to the Alien deckbuilding game using the Legendary Encounter system, players can play through 2 Predator movies in a deck building format. Players will buy new abilities in the form of cards and add them to their decks in the hopes of drawing them in the future. The cooperative game play pits players against the Predator trying to kill them.

The reason I am gushing about this game is due to the compatibility with the Aliens set, Marvel and Marvel Villains. Want to try a dream team of Dutch, Wolverine, Magneto and Ripley to see if they can take out the Predator? You can, given you own all the sets.

This Space Cowboys release will finally be released at Essen 2015(that’s in October) after 3 years of teasing us. Most publishers use Gen Con as a hype game for their games coming out at Essen.

In Time Stories, players are members of an agency tasked with ensuring time flows correctly. Imagine being the janitors that follow behind The Doctor and clean up all the messes he seems to make.  The added benefit of spicing the game up with role play while using past information to play   should make this game a big hit. 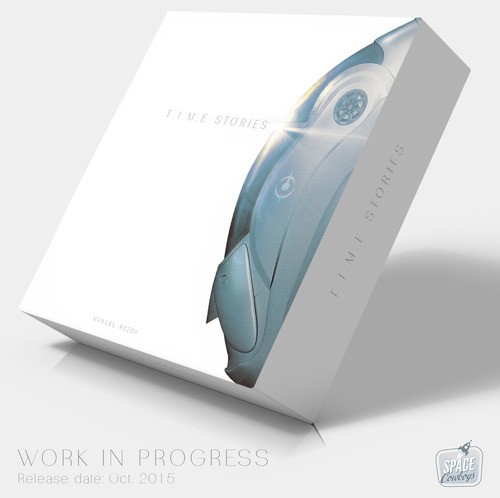