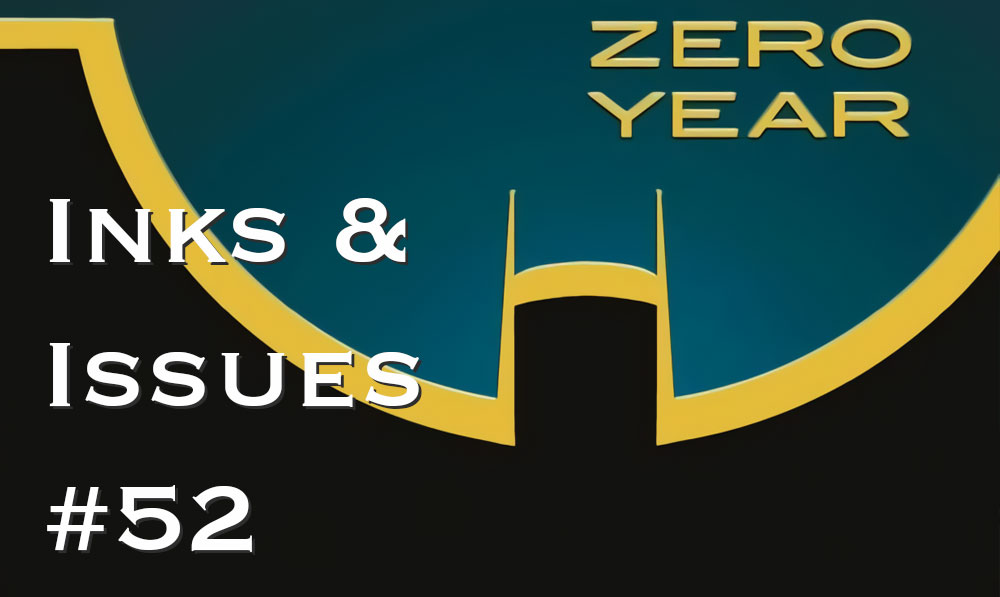 Way back in the halcyon days of our first episode, we reviewed Batman: Year One. And in that very first episode nearly two years ago, we made a goof that our 52nd episode would revisit the caped crusader for Batman: Zero Year. We are nothing if not commited to a goof, but little did we know that we would revisit The Batman™ so many, many, MANY times between our first and fifty-second episode. So welcome to the last Batisode we will be doing for a while, Batman: Zero Year.

We also wanted to say a huge thank you to our Patrons and let you know we are only $5 away from hitting our first goal. After that is unlocked we will be streaming some comic book themed video games like the PS1 classic Spider-Man 2, NES era Superman/Batman, and modern stuff like the Telltale Batman series. Sign up now and help us make great content!