In all contexts of my life, whether professional or personal or the strange amalgam that is Geekly, I am fortunate enough to be surrounded by giant nerds. These big old dorkazoids inspire and sustain me in so many ways, and in the spirit of Thanksgiving, I want to preface this by highlighting my gratitude to them.

But sometimes, I just can’t do it. 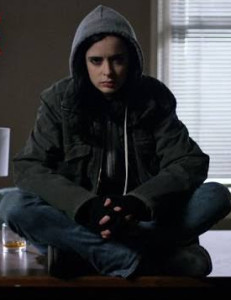 Jessica Jones is one of the most recent examples of this. Do I acknowledge that it’s probably as brilliant and important as everyone says it is? Of course I do. I think it’s wonderful that people are talking about not only a female superhero, but also about rape culture, women’s rights, and the patriarchy. I absolutely support shows that shine art’s light on some of reality’s shameful secrets. I applaud each and every person who watches, thinks, and reflects on it, and maybe becomes more compassionate because of it.

But I won’t be watching it.

Why? Well, I ask myself this often. I’m tough with myself, even cruel. Why won’t you support this? Aren’t you a feminist? Don’t you care?

Of course I do. But I’ve taken myself to task enough now, and I’m going to stop beating myself up about it.

I care a lot. Maybe too much. How can you care too much? It sounds so stupid. And believe me, it feels stupid. But that’s kind of the point: the feels. Whether by a quirk of circumstance or design, I am one of those people who identifies with characters very strongly, and who internalizes everything. After a certain threshold of suffering–especially the suffering of others–I can no longer cope. Instead of galvanizing me, empathy paralyzes me. I shut down, I want to hide. The world feels far too cruel and its problems are far too overwhelming for one person to ever fix.

I know, intellectually, that this isn’t true. That shows like Jessica Jones are the work of individuals and communities triumphing to bring positive change. But I spend my life trying to improve the world: through art, through charity, through work, even through basic conversation, I always want to make people’s lives better. Seeing that effort reflected back at me is wonderful. Seeing it reflected back at me for several hours, which will inevitably make me hurt and cry and which will linger all the more powerfully in my mind because it is so well-crafted, is the opposite of wonderful.

A lot of well-meaning nerdy friends have encouraged me–sometimes quite forcefully–to get into these shows. I always try to equivocate with “oh, we’re so behind on our shows…” or “oh, I really want to but who has the time ha ha ha?” What I really am saying–what I resolve to start saying more–is no. No, I cannot bring myself to watch this. No, I’m not saying you shouldn’t, either. But no. No, I am going to be re-watching the Powerpuff Girls. I am going to watch candy-colored heroes in morally uncomplicated situations, and I am going to relax. I am going to choose self-care. 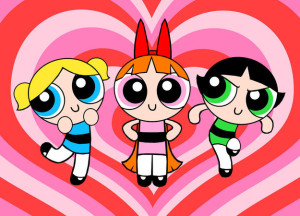 Self-care is catching on, and might even be a rather trendy thing to talk about (I don’t know, I’m always two years behind trend). The people who sneer at millennials, and the people who think being miserable is the only way to be deep, and the belligerent nerds may try to condemn it, but to them I say: burnout is a real risk. I’m not trying to hide my head in the sand, and I’m not being weak. I’m being aware enough to know my own limits, and strong enough to stand up for the kind of media I want.

Fantasy and Sci-Fi have spent most of their existence clawing upward toward respectability. Once derided as mere escapist delusion, we’ve had to fight long and hard to get mainstream culture to accept the legitimacy of geeky pursuits. That fight isn’t over, either. As long as David Mitchell’s The Bone Clocks is lauded as visionary Literature with a capital L, but Octavia Butler’s Dawn is treated as genre literature with a lowercase g, we must continue to fight this nonsense. (Note: Mitchell himself objects to the rather arbitrary lines of genre. I’m not hating on him, he’s a good dude.)

But I just get so tired of fighting, and I just have to ask: what’s wrong with escapism? What’s wrong with imagining a better world, and putting yourself in it for a few hours? We need both in our lives. If we can’t escape—if we can’t imagine a future we want to create from all these broken pieces—what’s the point of forever retreading our wretchedness?

Yes, I know, that’s not the point of Jessica Jones. Jessica triumphs over her suffering. Jessica is not forever a victim, she is a hero. Jessica takes some broken pieces and uses them to beat evil over the head. The show, for many, is empowering. But it isn’t for me, and I think that’s finally okay.

Jessica Jones, I salute you. You are wonderful. But Supergirl, you are also wonderful. Powerpuff girls, you are likewise wonderful. David Mitchell and Octavia Butler, I will read you both. Being a geek is, thankfully, still about making space for different and sometimes unpopular interests–or lack thereof.

Here to sugar, spice, everything nice, and Chemical X, in whatever ratios you choose to combine them. 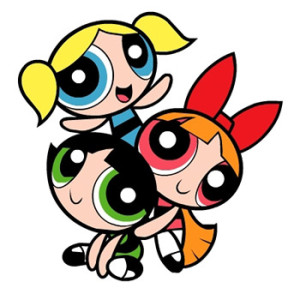