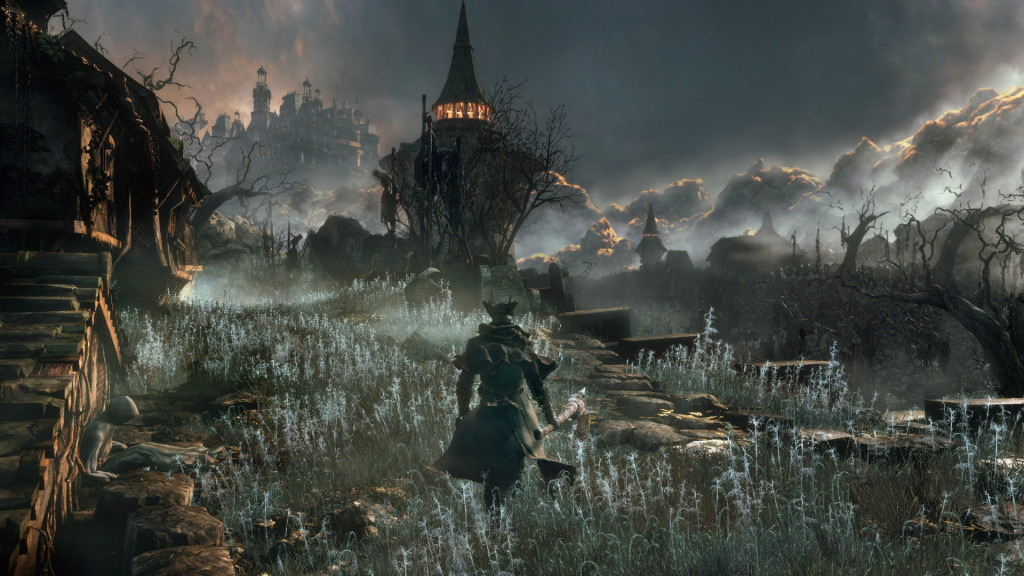 I got to get my hands on a short demo for Bloodborne. I say the demo was short, but I also died fairly quickly so thats not really the demo’s fault. Anyway, my shortcomings aside…Bloodborne is f****ing cool. I say this with profanity, because as soon as I finished the demo I got my phone and texted my Dark Souls obsessed friend “Bloodborne is f***ing cool.”

I really enjoyed Demon Souls, and Bloodborne seems to be the other way they could have gone with the series. Its not a major change, but it does show what it would be like if they went down a darker more gothic route. The game is menacing and there is a sense of dread. The gothic European setting, and seemingly non stop overcast doesn’t help with nerves. The enemies I encountered seemed to be hairy villager hobos and they were pissed off about something. I assumed it was due to the overcast and decided to help them out by slicing them up. But not before foolishly wasting my gun ammunition. 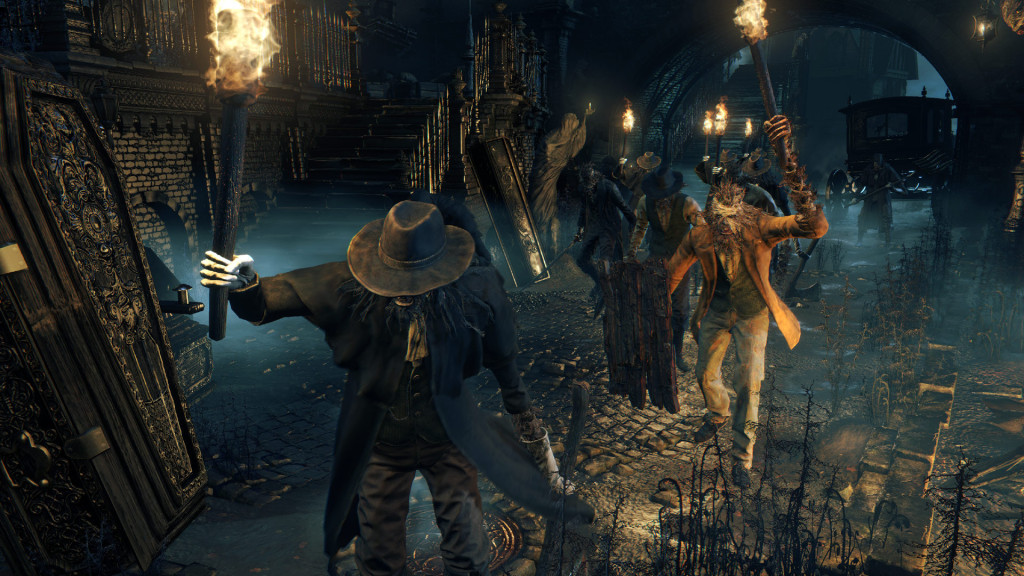 I have heard some concerns about the inclusion of guns. Well, this is no shooter. You can lock on, fire a shot, then you pretty much have to start the melee combat. You don’t have the ammo or the reload speed to fight with just guns. They also don’t appear to do much damage.

If you are familiar with the Dark Souls games, the combat shouldn’t be much of a surprise to you. I am not super familiar, but the combat in Bloodborne seemed pretty fast. Enemies were very dangerous but not instant death machines. Often times you are fighting large groups of enemies and with judicious use of the dodge roll, were pretty manageable.

The game releases early next year. If you are looking for a higher def, new gen version of the dark souls games, this is it and I will play it, right up to the point where I die for the 50th time and say screw this, I’m going to play Peggle.