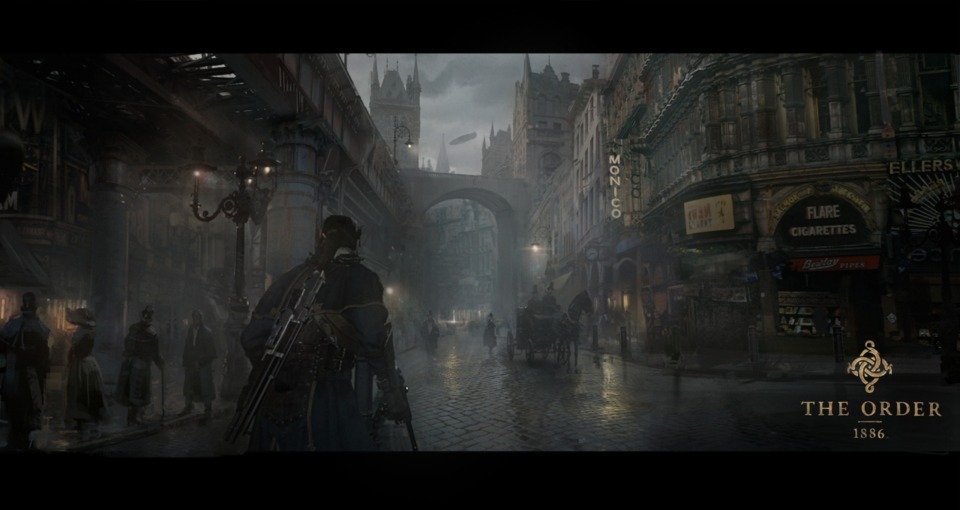 The Order 1886 is the first game to ever make me say holy crap out loud. The Order 1886 is a victorian cover based shooter and I have a small spoiler for you, it’s gorgeous. As the first cutscene plays, you’re thinking to yourself, wow this looks awesome, hmm nothing’s happening now, oh wait, I should be playing right now.

The game is very cinematic, jumping from game to cutscene seamlessly. The game has highly detailed character models, but what sets it apart is the filters the game employes. The games camera has a grain to it, and there is depth of field. These effects give the game a very cinematic feel. Until you see the game in motion, I don’t think these screenshots can give it justice.

The actual gameplay seems to be a pretty standard cover based shooter, with a lot of cool cinematic set pieces thrown in. There are lots of uniquely scripted sequences that are fun, but I’m not sure how much things are going to vary during each play through. One example is when one of your companions gets shot and you must shoot enemies as they make their way onto the balcony. You have to keep them cleared long enough to get out of the street.

The most unique aspect of the game is the weapons. I had an incinerator. At first I thought it was just a highly inaccurate chain gun. After failing to kill a single guy, I realized the big blinking prompt was telling me to shoot incinerators at the enemies, you then use the chain gun to ignite them. Things got a lot more fun after this. You can plant this incinerators around enemies and start a chain reaction of fire. The other characters in my group had some unique stuff as well, such as a lightning gun, but I didn’t get to play with them.

This game seems to be all about its story sequences and will live and die by them in early 2015.