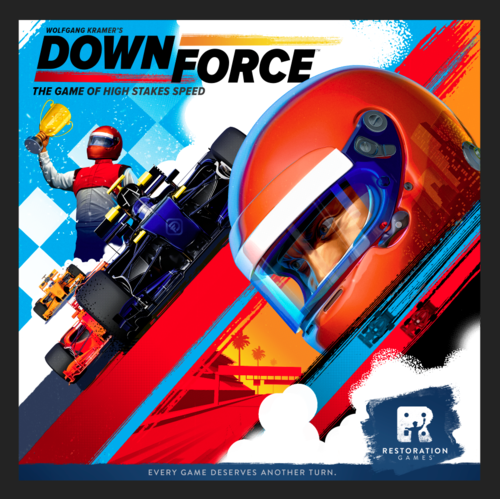 While roaming the floor of PAX Unplugged, a new game caught my eye. Downforce is a racing game styled after Formula 1. Being a big F1 fan myself, I couldn’t wait to give this a shot. The only issue is it was constantly full, and with no copies in the free play library I was at a loss. So on the last day, I staked it out and waited and I’m glad I did.

There have been plenty of racing board games over the years. Most involve setting gears, braking into turns, and wrecking. They can often be slow and tedious as everyone plans their move to the nth degree. They also have an issue where the person who starts has an advantage. Downforce is different, instead of racing the car, you are the team owner.

The game is played with everyone buying cars. There is an auction system which means buying the car on pole position with the optional ability you want, may cost you a lot. Once all the cars have been purchased, the race begins. Each player has a hand of cards that can be played in any order they like. Each card has numbers and colors of cars. Every car on the card moves. The hand your dealt has a role in the cars you would want to bid on. If you have a lot of fast red cards, you will probably want the red car for example. Its that simple, move the cars and use any abilities assigned to the car. Abilities you get can reverse the order of cars moved, stop cars from moving, give you drafting advantage, etc. 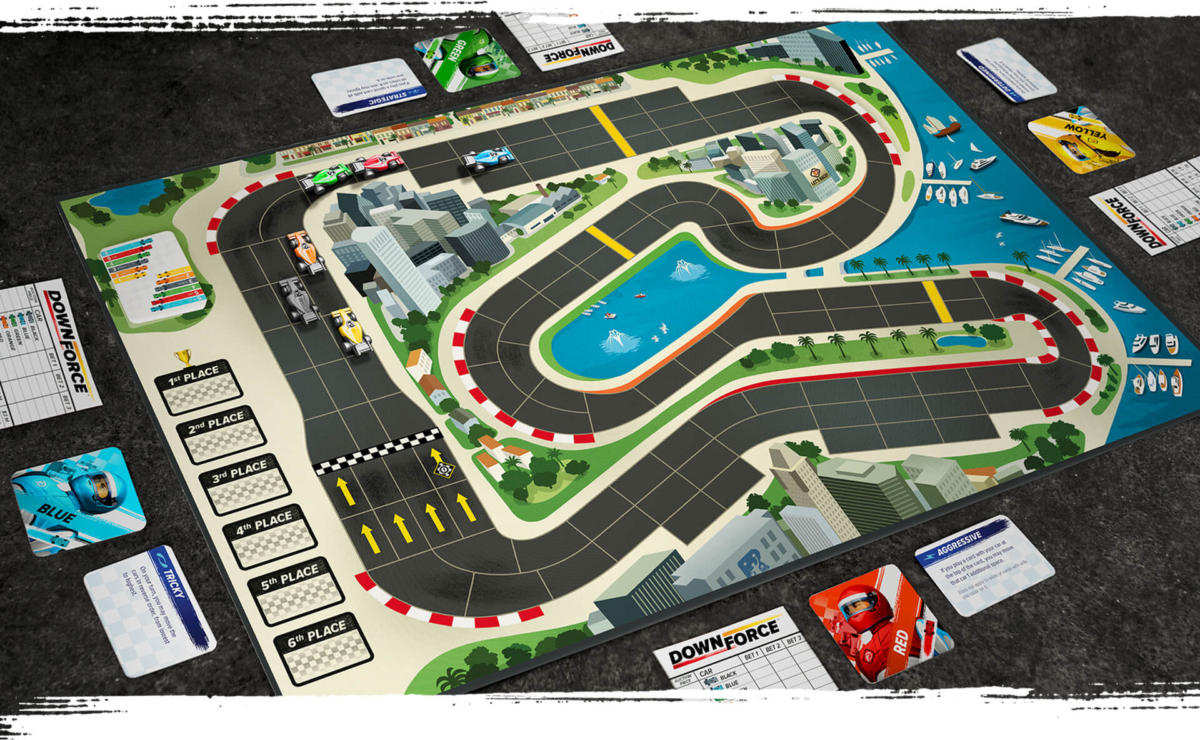 Unlike most games, winning the race isn’t everything. At certain checkpoints in the race you place bets on who you think is going to win the race. Bets later in the race are worth less, but you will have a better idea of who is going to win. At the end of the race, you win money based on how your car finished and if the bets you made came true. Subtract the amount you paid to purchase the cars and you have a complete game of Downforce.  The person with the most money wins.

I really enjoy this method of racing. It eliminates the starting first bias, and allows you to catch up with smart bets. It’s almost a press your luck game with the added benefit of being able to race and position cars. It’s fairly light weight and once things get going it only takes about 20 minutes to play. I would recommend checking it out if you get a chance to play.