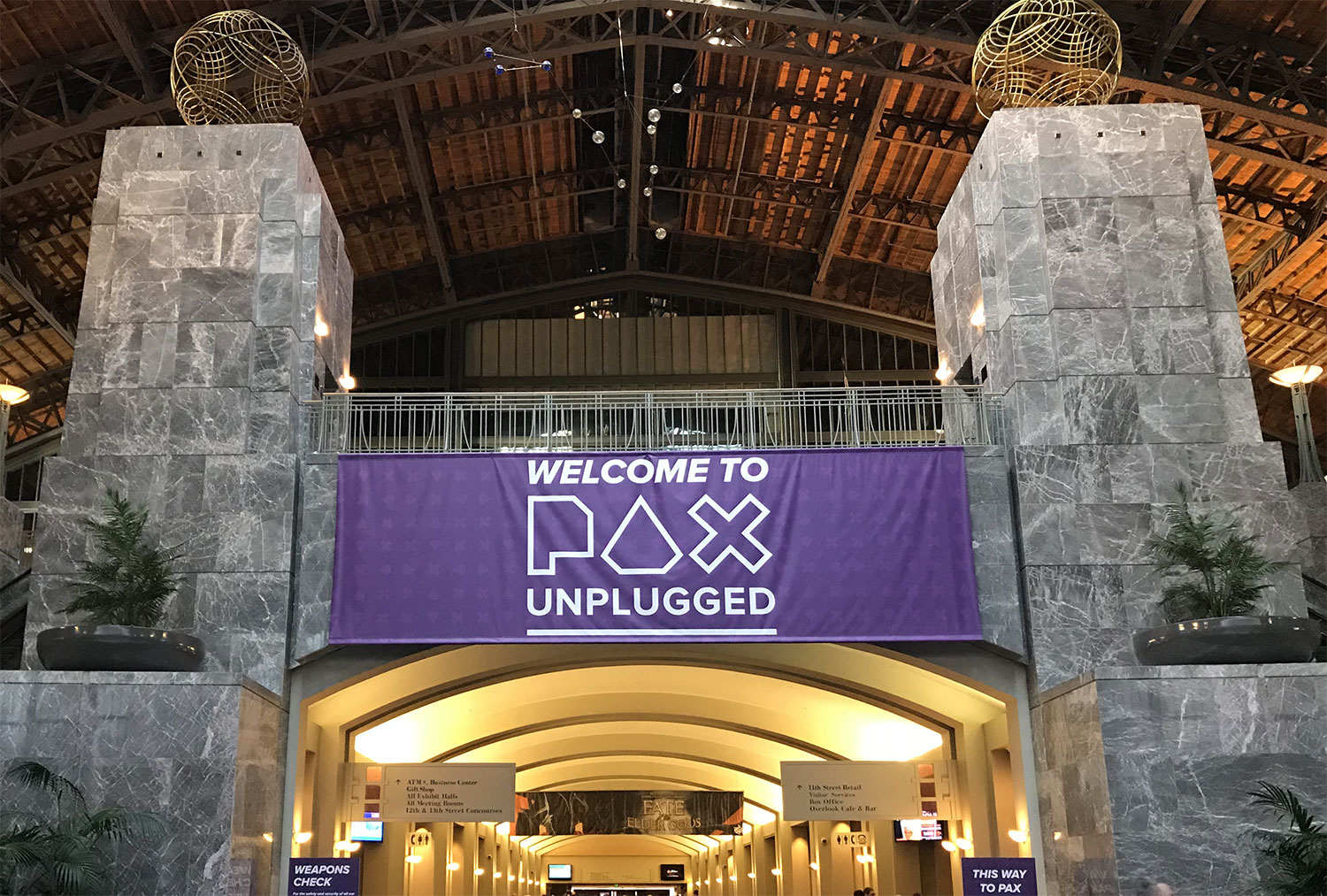 One of the main reasons I go to big conventions is the chance to hang out with friends, old and new. One of my favorite things to do is play party games since they tend to allow a higher player count, and usually emphasize fun over anything else.

At PAX Unplugged I played a variety of both party games, and games I would categorize as light games. These were my two favorites. 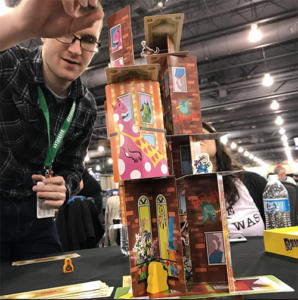 The original Rhino Hero is one of my go-to party games. It’s a kids game, but I have yet to meet an adult who doesn’t like it. It’s a dexterity game that has competitors building a tower with playing cards. You have a hand of cards that are floors, each with different configurations and special powers that let you do things like skip the next player or change the direction of play. The best power requires the next player to place the titular Rhino Hero figure (a small wooden meeple) on the newly built floor. Often they have to pull the rhino from another level of an already very unstable card tower. The game often attracts a crowd, and the tension is delightful as everyone holds their breath while someone gingerly tries to play the little wooden figure.

Rhino Hero Super Battle introduces a whole new set of complexity to the game. There are now floors of varying widths, and three separate bases to start from. On top of that there are monkeys hanging off some floors, and each player now has their own hero. When two heroes occupy the same floor there is a very simple dice rolling mechanic that sends the losing player down a level.

The three separate bases mean that you can make the tower much more stable, so the game becomes more about building an interesting tower and seeing who can get to the top. Some of the tension is lost with the more stable structure, but I think it is made up for with the satisfaction that comes from creating a really tall card tower.

The original still may be my favorite, but Rhino Hero Super Battle is still loads of fun in a slightly different way. 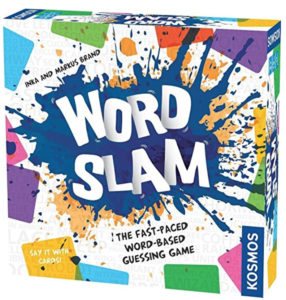 When Word Slam was first suggested I wanted to pass. The box cover makes it looks like a mass market board game without much personality. But then I played it and was instantly hooked! You split up into two teams, and each team elects a “storyteller” for the first round.

The storytellers pick from a deck of cards and decide on a word or phrase they will attempt to get their team to guess. Some examples of the word being guessed might be babysitter, banana, or Dora the Explorer.

Storytellers can’t talk, but they each have an identical set of cards with different descriptive words on them. They then start presenting these words until they get the answer they are looking for. If you are trying to get banana, you might put out yellow, food, and long, but if your team can’t guess your word, you need to keep throwing out descriptors. The end result is a lot of shouting and laughing.