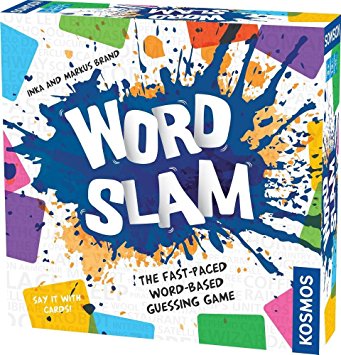 The secret best game I found at PAX Unplugged this year was kind of a surprise even to myself. I am always looking for good party games. Party games are hard because they need to support a lot of player, minimize downtime, and be quick to teach. Word Slam hits these marks better than anything I’ve played.

It’s almost dictionary with words. Each team has a vocabulary deck split into nouns, prepositions, adjectives, and verbs. Using this limited vocabulary you race the other team to get your team to guess the word. It forces you to think outside the box in order to communicate with your team. Because each team is playing at the same time there is 0 downtime and it is a furious rush to find the perfect set of cards. 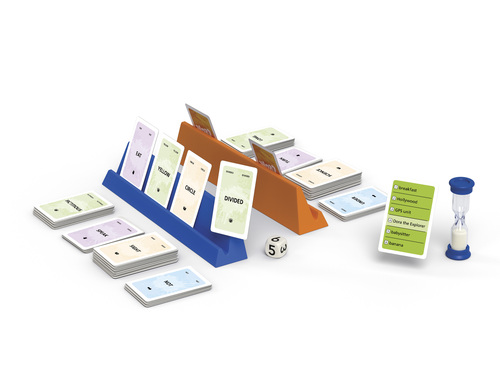 In one game I was trying to describe “Gas Station.” For this I came up with “Vehicle, Drink, Building.” Obviously a car drinks gas at a gas station. The rest of my team weren’t following my logic and we lost that round.

This is sure to become a new standard at my board game nights.