A towel, it says, is about the most massively useful thing an interstellar hitchhiker can have. Partly because it has great practical value – you can wrap it around you for warmth as you bound across the cold moons of Jaglan Beta; you can lie on it on the brilliant marble-sanded beaches of Santraginus V, inhaling the heady sea vapours; you can sleep under it beneath the stars that shine so redly on the desert world of Kakrafoon; use it to sail a mini-raft down the slow heavy river Moth; wet it for use in hand-to-hand combat; wrap it round your head to ward off noxious fumes or avoid the gaze of the Ravenous Bugblatter Beast of Traal (a mindbogglingly stupid animal, it assumes that if you can’t see it, it can’t see you – daft as a brush, but very very ravenous); you can wave your towel in emergencies as a distress signal, and of course dry yourself off with it if it still seems to be clean enough.

More importantly, a towel has immense psychological value. For some reason, if a strag (strag: non-hitchhiker) discovers that a hitchhiker has his towel with him, he will automatically assume that he is also in the possession of a toothbrush, face flannel, soap, tin of biscuits, flask, compass, map, ball of string, gnat spray, wet-weather gear, space suit, etc etc. Furthermore, the strag will then happily lend the hitchhiker any of these or a dozen other items that the hitchhiker may accidentally have “lost”. What the strag will think is that any man who can hitch the length and breadth of the galaxy, rough it, slum it, struggle against terrible odds, win through, and still know where his towel is is clearly a man to be reckoned with.

Hence a phrase which has passed into hitchhiking slang, as in “Hey you sass that hoopy Ford Prefect? There’s a frood who really knows where his towel is.” (Sass: know, be aware of, meet, have sex with; hoopy: really together guy; frood: really amazingly together guy.) 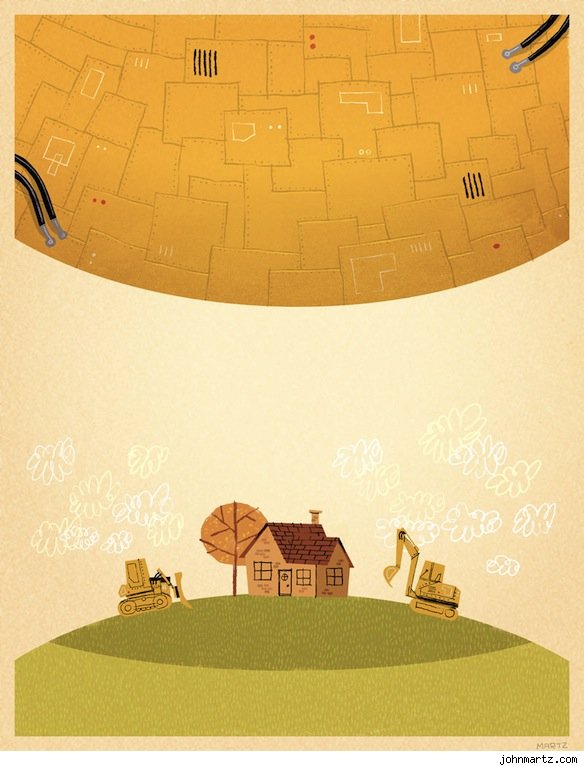 This writer has this to say on the subject of the guide and its creator, Douglas Noel Adams. As a kid with my big curly hair and thick glasses I always had a gift for reading but already being bullied for my appearance dared not to do anything that stood out. It took me to my early twenties to embrace my love for reading and it was Douglas Adams science fiction satire that brought that out of me. The Guide was the tablet before the IPad, the electronic book before the Kindle, and the standard repository of all knowledge and wisdom before Wikipedia. It also had the advantage of having the words DON’T PANIC written in large friendly letter on its cover.

Douglas Adams never held a smartphone, a tablet, used an activity tracker, or wore a smart watch. Given his opinion of digital watches perhaps he wouldn’t find smart watches a pretty neat idea at all. When he died Google was barely three years old, Wikipedia had started that January and Apple were five months away from introducing the iPod to the world.

The Hitchhiker’s Guide is satire but its theme about the absurdity that can thrive with advanced technology and heavy bureaucracy remains relevant to our present day. It also forces the reader to ask what is more important, the journey or the destination, the question or the answer and then answers it. You’re really not going to like it though because the ultimate answer is in fact forty-two. It is also irrevocably funny. 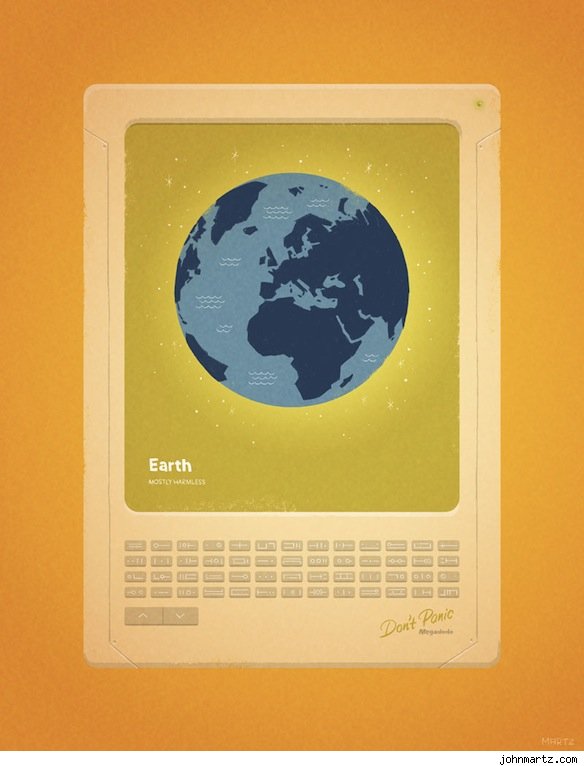 On Towel Day, the celebration of his life, one can’t help but wonder what if he had lived what he would’ve thought of the world today at age sixty-five and how his writing would reflect that. Would he continue the Hitchhiker’s Guide after admitting in retrospect his disdain for the ending of Mostly Harmless? Based on his habits it is likely fans of his work would chortle at the complaints George R.R. Martin and Patrick Rothfuss fans throw at their authors. Adams, who hated being along, at one point had to be locked in his hotel suite by his publisher in order for him to write a novel while she glowered at him from an armchair. If he were alive today it would be social media that would be on downfall, as it gives you the feeling of not being alone even if you are, and his current publisher would have to lock his smartphone in the cellar at the bottom of a locked filing cabinet stuck in a disused lavatory with a sign on the door saying “Beware of the Leopard.”

What would Adams have to say about the adaptations of his work? Along with Karey Kirkpatrick, Douglas Adams helped write the screenplay for 2005’s The Hitchhiker’s Guide to the Galaxy with Sherlock and The Hobbit star Martin Freeman as Arthur Dent. The movie was both a critical and commercial flop, a fact that Adams who had been living in California to get the movie off the ground, would have taken personally. His other series, the humorous detective novels starring holistic detective Dirk Gently, has since been adapted into two series, one for the BBC by Howard Overman and one for BBC America by Max Landis, and would likely have delighted him. However, considering his insistence on being involved in the screenplay for Hitchhiker’s Guide he’d likely insist on the same involvement for Dirk Gently. 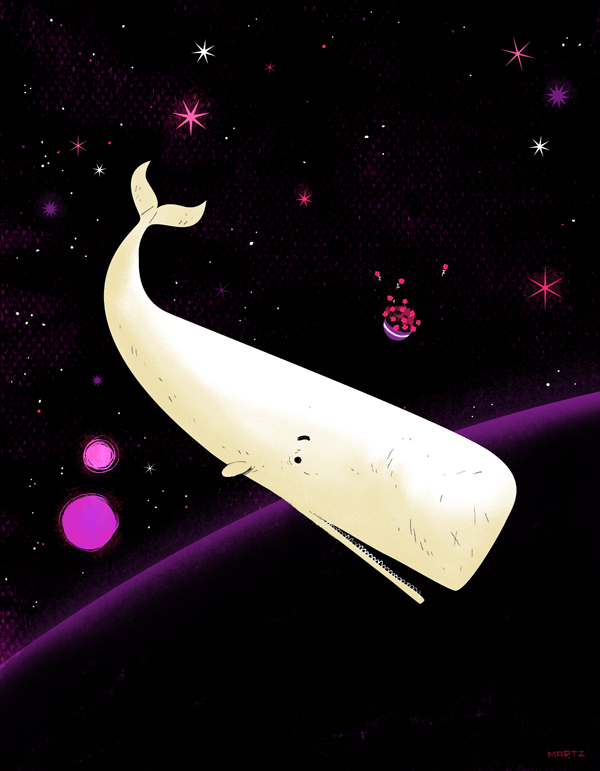 It may be more likely though, based on his work for the documentary and book Last Chance to See, that Douglas Adams chief work in older years would likely be focused on preserving certain natural resources, habitats, and animals from extinction. In the posthumous book, The Salmon of Doubt, he calls Last Chance to See his favorite work lending his gift for wit and wordplay to his journey with Mark Carwardine to different locations in search of species long thought extinct or soon to be. As a founder and patron of the Save the Rhino charity Adams may be a leading advocate today for the fight against climate change.

Perhaps though, as the first person to buy a Macintosh computer in Europe and spokesperson for their products, Adams would spend part of his time investing in new technology. He’d be the tech savvy early adopter always reviewing the latest technology on his WordPress blog or his twitter account. Then again, Adams was well aware that we were “stuck with technology when what we really want is something that works.” It could be that he’d completely disappear from public life to enjoy his time with his wife Jane Belson and his daughter Polly Jane Rocket Adams. We’ll never know but we’ll carry our towel every May the 25th and wonder. 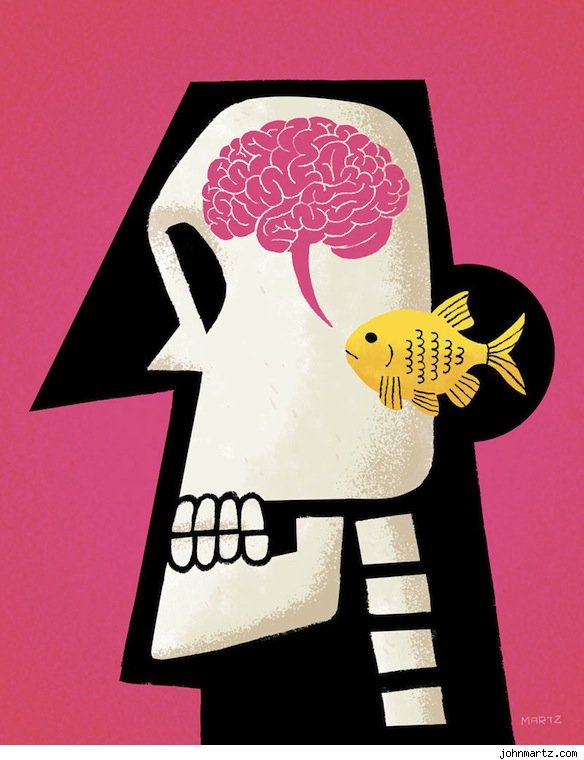 What Douglas Adams has given this writer is a love for reading, endless laughs, and opened the floodgates for authors influenced by his work. If not for Adams, I’d likely never have discovered Neil Gaiman who wrote the companion book Don’t Panic: Douglas Adams & The Hitchhiker’s Guide to the Galaxy which started a snowball effect that changed my life. Without Douglas Adams, you’d likely not be reading this right now.

Donate to Save the Rhino.