As I previously noted, the Old West is being retrodden by not a few new authors looking for the stories not previously found. Another of those is Lila Bowen, with her stellar debut Wake of Vultures. Her Old West is not quite the one we know in terms of geography, and it’s certainly not the one we know in terms of its inhabitants. There are Rangers, yes, and cowboys and homesteaders, but this Weird Old West also has monsters of every sin and stripe. 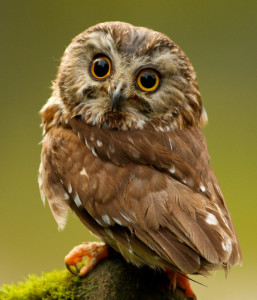 Some of the monsters are good, or at least no worse than any human. Some…are not. There are sirens and vampires and harpies and all kinds of horrible heebie-jeebies, the worst of which is the Cannibal Owl. A child-eating, village-slaughtering wraith that no one has ever seen and lived to tell about is the most dire villain, but hardly the only one. And this doesn’t even account for the human villains, the sexists and racists and xenophobes who plague our heroine just as much.

Nettie—or Nat—Lonesome is a half-black, half-Indian girl in a world that doesn’t take too kindly to her gender or the color of her skin. She’s been raised most of her life by a not-so-kindly couple who use her for her labor and treat her nothing like a daughter. So Nettie doesn’t much mind them when they try to put her in dresses; she stays in trousers and binds her breasts, and thinks nothing of getting the cowpokes at the local ranch to call her a boy. She also does her best to ignore her heritage. All she cares about is breaking broncos and keeping things from going from bad to worse.

This comes in handy when she flees her not-really-family and joins up at the ranch, but it’s not so handy when things do take a turn in the downward direction. Soon Nettie is on the run from monsters and men, and forced to re-evaluate her place in the world. Can a girl be a boy? Can a dark-skinned person of any gender be a hero?

Obviously the answer is yes, but Bowen doesn’t moralize. She psychologizes, and does she ever do it well. Using Nettie’s plain, straightforward ways, she delivers gut-punch after gut-punch on the brutal realities of loss and the toll they take on the heart. The book aches with just the kind of campfire loneliness and gritty triumphs you want from a Western, all filtered through the eyes of one of its least likely protagonists. There are so many dimensions that open up, so many insights that come tumbling out of that bare desert landscape. This book is truly a visit to the desert, with all the wonder of an endless sky and all the stars in it, without the trappings of modern life to hide their shine.

The cadence of the Old West cowpoke talk has really soaked through the narrative, making the whole book about as immersive as they come. If you start this, be prepared to look up a hundred pages later and then ask your cat where in the Sam Hill your time got off to, and what the sweet goddamn you’re gonna have for dinner if you can’t even find a snake to spit. 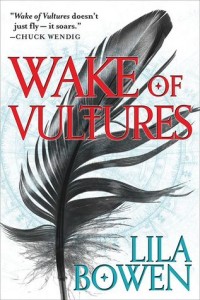 I’m going to nitpick, though, because nitpicking is really all the criticism that I can muster, and also because I think the book can take it. At one point, Nettie thinks about gender as “a spectrum of stallions and mares,” which is a nice thought, but a thoroughly modern one even with the horse analogy disguising it (243). (Yes, native peoples had different definitions of gender and sexuality; it’s the word spectrum that’s the problem.) “Spectrum” is also not really a word in Nettie’s vocabulary, just the author’s. The fact that I can distinguish between the two is a testament to the strong and well-defined character Bowen has created, but the fact that I must point it out means it was jarring enough to shake me out of the narrative. There are other instances of anachronisms creeping in here and there, not enough to really be frustrating, but noticeable all the same.

It’s hard to be too fussed about anachronism in an Old West that heavily features vampires, though, so don’t let my stylistic tics distract you from the wit and wonder of Nettie’s first adventure in a planned trilogy. It’ll be particularly enjoyable now that we’re getting into winter, since Bowen’s world practically radiates the Southwestern sun from its covers. It’s a book of many shades of brilliance, and many kinds of warmth.