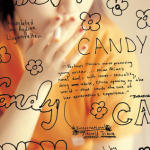 1. Candy (Mian Mian) – This is one of my all-time favorite books. A weird memoir-esque take on growing up in the rebel youth culture of the 90s in China, Mian Mian catalogs drugs, sex, and rock ‘n’ roll with both poetic grace and furious honesty. It’s an almost wistful look at the miseries of a confused, increasingly capitalistic China and all the people who stumbled through its cracks. 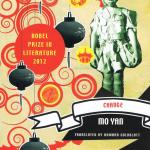 2. Change (Mo Yan) – Mo Yan won the 2012 Nobel Prize in Literature, but this is not one of his bigger works. I suppose I should be recommending Life and Death are Wearing Me Out, about a bourgeois landowner who reincarnates as a series of unglamorous animals (it’s definitely more SFF), but I like Change better. It’s shorter and more direct in its criticism of the Chinese government, laying things out in plain prose. Take your pick, but those are my recommendations over his more famous works. 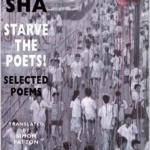 3. Starve the Poets! (Yi Sha) – Okay, I’m cheating here, there’s not much SFF or even narrative in this one. But it’s still magical. These are some of my favorite poems, reflections of the mundane and the daringly rebellious refracted through the gorgeous language of of a modern master. At times blunt, at times shimmering, and always insightful, I read this book of poems through almost like a novel. 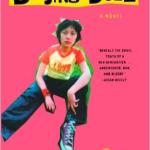 4. Beijing Doll (Chun Sue) – This is another look at 90s youth culture, though not quite so poetic. It’s more fun than profound, but it does offer some insights into a girl and a world not so different from a girl here in America. Chun Sue is flighty but fascinating, and she wrote this as a memoir of her youth while still in her youth, not even out of her teens. 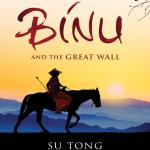 5. Binu and the Great Wall (Su Tong) – Written for The Myths series, which also called upon such Western authors as Margaret Atwood, Su Tong is another powerhouse of literature who deserves to be better known outside China. This is a take on the  Chinese myth-history during the building of the Great Wall. It’s viscerally weird, a story in which Binu’s immoderate crying is a curse, and then a blessing that brings her her beloved husband, and finally a force of nature that undoes the work of an empire. More magical realism than magic proper, but still full of fairy-tale characters and situations. 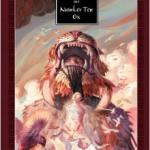 Honorable Mention: Nameless Flowers (Gu Cheng) – Another classic of modern Chinese poetry and rebellious spirit. Not SFF either. But so beautiful!

Not actually translation but full of Chinese myth and magic: The Chronicles of Master Li and Number Ten Ox (Barry Hughart) – three collected novels based on classic Chinese novels. Hilarious, delightful, and moving. I re-read at least one of these every few years. 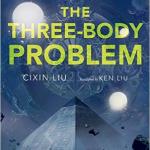 My own to-read: The Three Body Problem (Cixin Liu) – The first work in translation to win the Hugo and probably a classic-to-be in SF. Translated by another SF great-in-the-making Ken Liu, whose own Paper Menagerie is wowing critics and readers right now. ‘Nuff said.