In October of 2015, it was announced that Lionsgate had won a bidding war for the rights to adapt The Kingkiller Chronicle by Patrick Rothfuss for film, television, and video games. Now over a year later, creator and former star of Hamilton has signed on to produce the adaptation. From the article from The Wrap:

Miranda will serve as a producer and “musical mastermind,” and will compose original music, as well as write the songs. Miranda also has an option to be involved in future stage adaptations of the books as well.

Miranda calls Rothfuss’s books “among the most read and re-read in our home” citing Chapter Fifty-Nine of The Name of the Wind as inspiration for “The Story of Tonight” from the hit Broadway musical Hamilton.

The Story Of Tonight is me trying to capture the feel of Kvothe & his friends leaving the Eaolian, @PatrickRothfuss. https://t.co/vLiXDLPmbq

Before the Lionsgate deal was even set in stone Lin-Manuel Miranda, in response to a fan on Twitter, told Rothfuss “if you’re interested in adapting your masterpiece, call me first.”

@Brian_Geffen @PatrickRothfuss But Patrick, if you're interested in adapting your masterpiece, call me first. Huge admirer of your writing.

At this point, Hamilton had not yet premiered on Broadway. Back in Mid-June of this year, while discussing theater with Max Temkin, his co-host of Unattended Consequences and one of the creators of Cards Against Humanity, Rothfuss said this of Miranda:

“It turns out Lin-Manuel is a fan of my books and I’m kind of a fan of a bunch of the stuff he does as well, to say nothing of the fact he’s got style in spades. He’s got this swagger. I have a weird pipe dream if he was a little bit younger he could play Kvothe in the movie. Then actually I was thinking no, not Kvothe. He could be Kvothe’s dad. I think he would be an amazing Arliden. He has music all the way through him and he’s beautiful and he’s proud and to be able to bring a legitimate ethnic to play one of the [Edema] Ruh it would help resolve one of my lingering fears about Hollywood doing its typical all white people thing in my movie. He could bring a lot to that.”

At the time of the podcast in June of this year, Hamilton was at the height of its hype. “I haven’t seen Hamilton.” Rothfuss says, “It’s been praying my mind more and more. He’s going to stop playing Hamilton.” He openly admits with his co-host Max Tempkin, one of the creators of Cards Against Humanity, that they are cynical about how good Hamilton could really be with Rothfuss calling the two of them “curmudgeons.” He had the same experience with Buffy the Vampire Slayer and Joss Whedon who he now openly admits to being a “missionary for his work” when previously he thought “I’ll be goddamned before I watch your stupid vampire cheerleader show.”  However, he called seeing Lin-Manuel Miranda perform on Broadway in Hamilton in 2016 as a moment in time he felt he should experience.

The @PatrickRothfuss came through and it was as glorious as I'd hoped. Earned my pipes. pic.twitter.com/uVpYMR7mcy

When the Kingkiller author eventually saw Hamilton, the two creators met backstage with Rothfuss giving the Hamilton star a replica of Eolian Talent Pipes, given to characters who put on an amazing musical performance at the tavern the Eolian in his books. After seeing Hamilton, Rothfuss called the happiness it gave him “Hamilton sickness” on the next podcast he recorded. On his live stream the day of the announcement, the author called his feelings towards Miranda as a “creative crush” that he hasn’t felt since Joss Whedon. The author’s appreciation and affection for Lin-Manuel Miranda reach such a height that Rothfuss commissioned an artist to draw the two as Don Quixote and Sancho Panza specifically from, according to him, the musical Man of La Mancha. With Patrick Rothfuss having a direct creative hand in the adaptation of his work and Lin-Manuel Miranda having the author’s blessing, The Kingkiller Chronicle film and television show should be in good hands. 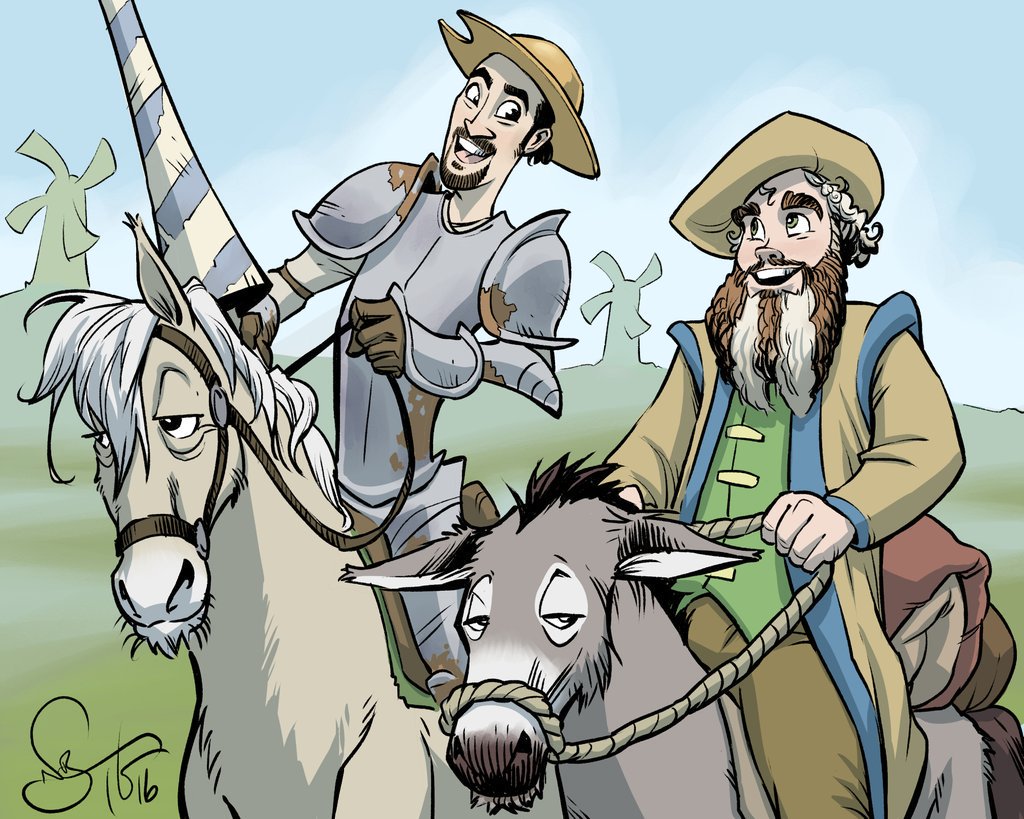