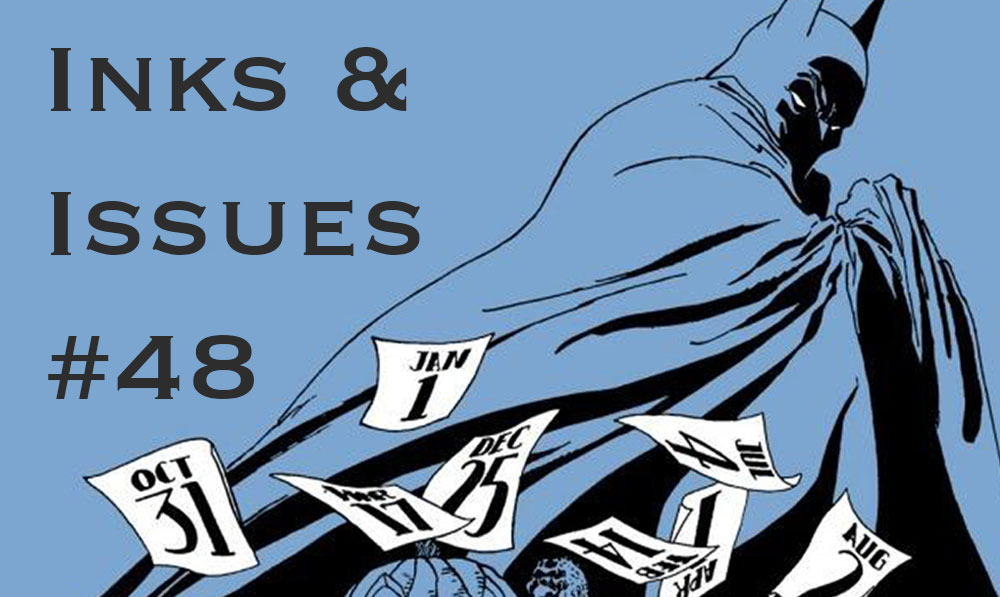 There is a killer on the loose that only strikes on holidays. I know what you’re thinking, but Calendar Man is already locked up in Arkham. Unable to track down the “Holiday Killer” on his own, Batman must team up with his usual ally Commissioner Gordon and the new hotheaded District Attorney, Harvey Dent. Can the three of them set aside their different crime fighting styles and track down the Holiday Killer before it’s too late? Find out in The Long Halloween!

This week we are joined by mega Bat-fan Brittany Gregory, who has the first drawing Tim Sale every did of Harley Quinn. If that’s not enough Bat-credentials for you I don’t know what in bat-hell to tell you. We dive into the first seven chapters of the book this episode, discuss how it was created in the first place, and why it is one of the most influential Batman stories ever written. Did you like The Dark Knight? Thank Jeph Loeb and Tim Sale for making this roadmap in the 90’s.