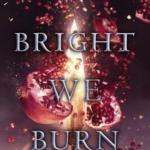 Bright We Burn (Kiersten White) – July 10 – WHY is this trilogy ending? I mean, I know it has to. It’s not a series. Also, it’s based on historical figures who are extremely dead. (Well, one of them is a reinterpretation of Vlad Tepes, basis for Dracula, so maybe it could go on a bit longer—but probably not.) Siblings Radu and Lada are now separated by warring empires and by their very complicated feelings for the Ottoman Sultan Mehmed. Radu’s heart has been broken by the capture of Constantinople, and Lada’s rage has been fully unleashed. We know from history how all of this ends, but I am still hoping against all sense that White will find a measure of grace for each of these beautiful, damaged characters before she brings this stellar saga to a close. 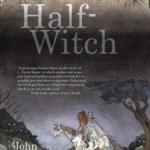 Half-Witch (John Schoffstall) – July 10 – Lot of witches this season, as you’ll soon see. Well, I don’t plan on missing this one, not just because the premise sounds pretty cool but also because it’s being put out by Big Mouth Press, which also put out Archivist Wasp and In Other Lands, two titles that astounded me with their originality and brilliance. I never expected to be a fan of a press, but I couldn’t help but take note. I have every faith that they choose unusual, compelling books, and I can’t wait to see how this one, about a girl who is on a quest to save her father, and becomes a witch by prolonged contact with another witch. Also a war in heaven and a traditional Grimms world? What? I love it already. 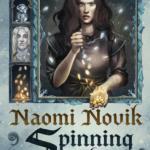 Spinning Silver (Naomi Novik) – July 10 – The kernel of this story can be found in The Starlit Wood, a collection of reimagined fairy tales from current SFF authors. Novik’s was one of my favorites from that collection, but it was fairly complete. How will she expand it? After Uprooted I want nothing more than to see her return to fairy tales and put her brilliant spin on them, so I am optimistic. 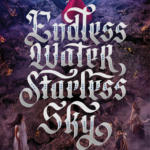 Endless Water, Starless Sky (Rosamund Hodge) – July 24 – The first book, Bright Smoke, Cold Flame, seems to be one of Hodge’s less popular titles, but I loved it. Hodge’s characters are always complicated and tragic without being melodramatic (in YA this is a particularly fine line), and this take on Romeo and Juliet in a dying world has already wrung my heart with the first book. Juliet is a peerless swordfighter, Romeo is a pure innocent, and their love must now survive a plague of necromancy and undeath as well as feuding houses. I am genuinely in suspense over whether either or both of them will survive. 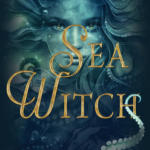 Sea Witch (Sarah Henning) – July 31 – A strange and outcast girl has lost one friend and now may lose another in the dangerous pursuit of princes—and secrets from the sea. The real question is whether this will be better than Leigh Bardugo’s recent take in her short story collection, The Language of Thorns. That story of mermaids and sea-witchery was a brutal tour-de-force and will be fresh in a lot of minds, including mine, and I hope this is sufficiently different and interesting to hold its own. 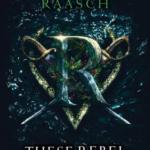 These Rebel Waves (Sarah Raasch) – August 7 – I guess the summer is basically “witches and mermaids,” which, fine by me. I was lukewarm on Raasch’s Snow Like Ashes trilogy, which had good ideas but became mired in a love triangle and stock characters. But I’m always willing to be surprised, so I’ll try this tale of uneasy peace between a young nation and its former theocratic colonizer. Magic plants, pirates, and diplomacy sound awesome, and I hope the characters end up caring more about those elements than making kissy. 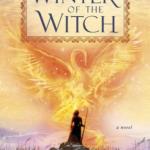 Winter of the Witch (Katherine Arden) – August 14 – I am surprised this is releasing in August rather than December like the first two books, since that’s obviously a more thematic time for it to drop. But no matter, I’m sure Arden can make even August feel icy and magical (NB: I deeply dislike the summer, so this is praise). Vasa, bereft of her protectors but triumphant over her most recent batch of enemies, is now returning home with the budding wisdom of a real witch. Whether she will stay there, and where her adventures will take her next, is certainly going to be brilliant no matter what. 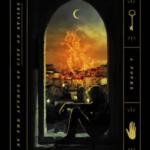 Foundryside (Robert Jackson Bennett) – August 21 –Bennett is an incredibly intelligent and socially conscious writer who knows that there’s no conflict between high-minded principles and high-octane action. Battles in re-written gravity? Heists that rely on hacking reality itself? Bennett doesn’t skimp on blowing your mind, but he never lets you forget that it’s all part of a brutally capitalistic world. Profit is king in Foundryside, profit at the cost of lives and profound suffering. War veteran Gregor wants to change it; thief Sancia wants to survive it; and their many, many enemies want to ensure they rule it forever. But thanks to an astonishing artifact and a group of scientist-enchanters who can tinker with physics, the means of production might be up for grabs at last. 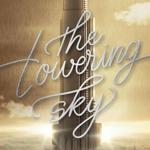 The Towering Sky (Katherine McGee) – August 28 – I loved the first book but was less enamored of the second, which was a bit too much of a rehash even though it was still fun. Or maybe there’s only so much you can say about slightly murdersome hyper-rich teens? Well, this 22nd century Gossip Girl still has its premise going for it, as well as some nuance about class, and I do want to know how it ends for all the glittering people. 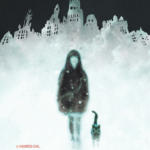 City of Ghosts (Victoria Schwab) – August 28 – Schwab is one of our newest superstars of SFF and YA, which makes me both genuinely excited and teeth-grindingly envious. Everything she touches is gold and I’m sure this story about a girl who can see ghosts—such a basic premise to others—will become something dazzling and precious in her capable hands. Cass sees ghosts, her best friend is a ghost, and she moves to Edinburgh. Bad for Cass—great for us. 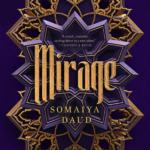 Mirage (Somaiya Daud) – August 28 – A highly anticipated debut that Veronica Roth has been blurbing and promoting, this one is a sci-fi colonization epic in which a young woman is forced to act as the body double for a princess complicit in the subjugation of her people. I am anticipating notes of S. J. Kincaid and political insight with some page-turning tension.

Additional reading required: This fall is going to be overflowing with sequels and threequels, so if you want to catch up, here’s what to start with.