The first round of Rebirth comics have hit our shelves well and truly this week, along with a few of the latest from Vertigo and Image. Time to take a look in this comics round up! 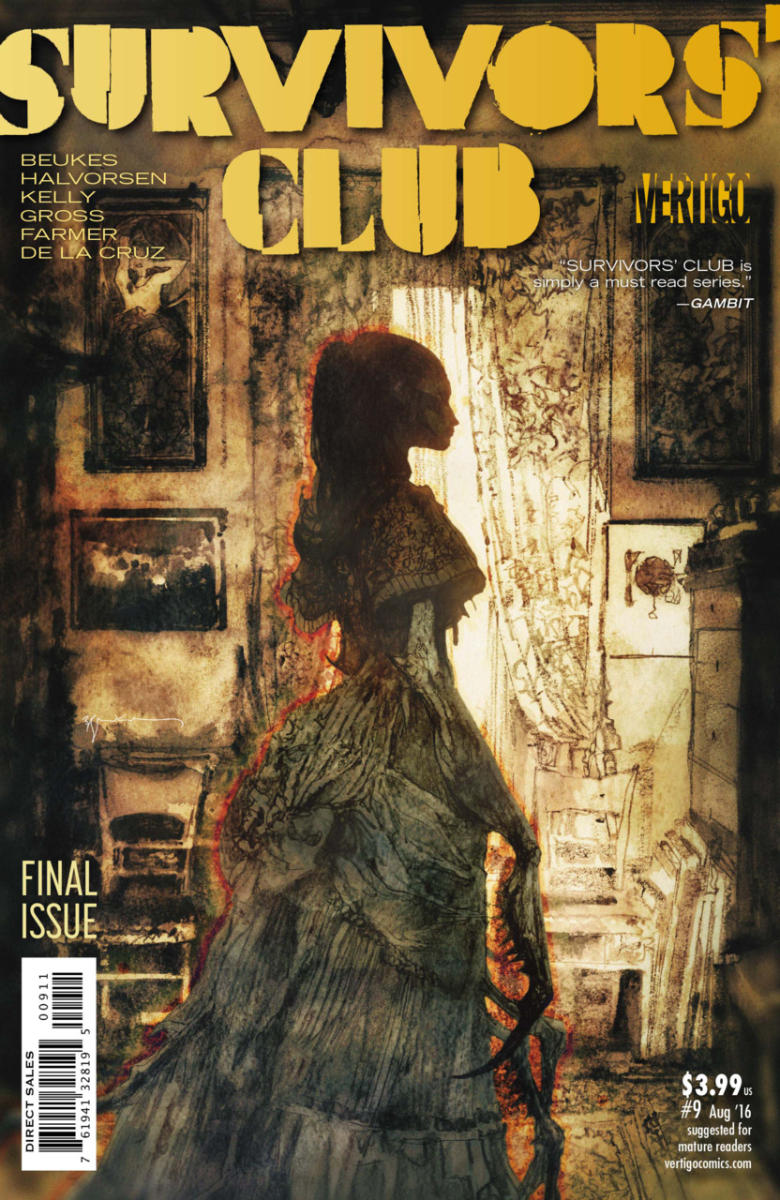 Bill Sienkiewicz has knocked the cover out of the park yet again with a gothic style vignette. By the looks of things we’ll be getting a little more of Nena, which is excellent as, wait, hang on. Final issue? No damn way. Well now I guess that just goes to show you, just because you’re enjoying something does not mean its selling well enough. I’m very sad to Survivors Club go. I feel like it was recently hitting a good stride and had some great places to go in terms of story. I’m quite worried that we’ll end up with a rushed ending and all the careful narrative planning will come to a sudden, and unsatisfying, head. I guess there’s no point in worrying about, may as well strap in and enjoy the ride.

Sudden, rushed and ultimately unsatisfying; Lauren Beukes and Dale Halvorsen can’t save Survivors Club was narratively exploding and never coming back together. Instead of taking a silent bow out and having the Muskagee House story line end well, they instead pull back the curtain as to why our heroes are connected. Unlike the other back stories in the series, it’s done abruptly and with little warning, making the secret cult connecting them feel cheap and unthreatening. The dialogue and characters are well written, the issue isn’t unenjoyable to read, it’s just a massive let down compared to what’s come before.

Perhaps it wouldn’t be so bad if the very end of the issue was more aware of the concept of ‘final issue’. Instead of wrapping things up somewhat neatly leaving a couple of questions unanswered, Beukes and Halvorsen go one step too far. The cult connection between our heroes is revealed, Muskagee House, Mr Empty and Alice are all wrapped up and settled to a degree. However, the denouement doesn’t so much leave a couple of questions unanswered, as it seems to lay some ground work for another entire lot of issues. If there’s going to be more Survivors Club, all is forgiven, as it stands this issue is a disappointing finale to an otherwise solid series. 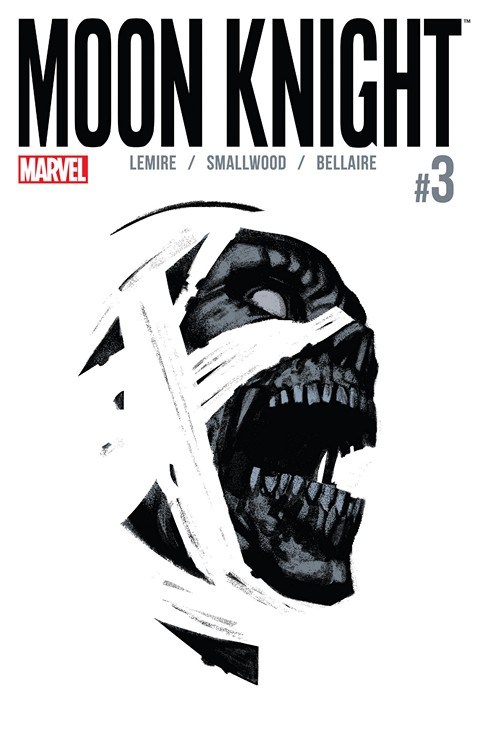 Moon Knight has been really solid these past two issues. It’s a twisty, turny tale that, until now, has been firmly rooted in whether our main character is really who he says he is. Given the events of the last issue, it would seem that it really doesn’t matter if Marc Spector is Moon Knight or not, he firmly believes he is. After pulling a stunning escape from the asylum, Marc and his new friends find themselves trapped in a subway tunnel with, of course, a handle of mummies. Till now, Moon Knight has been very introspective. Fantastic, but not incredibly action orientated. I’ll be interested to see how it handles what will no doubt be a good old fashioned mummy punch up.

Solid, but just not as solid as the first two. Which is still high praise — the first two issues of Moon Knight were incredibly fantastic. This month, Marc and friends fight off the mummies, fight of the jackal headed nurses from the asylum, and escape on the barge of Anubis. There is of course still the whole question as to whether any of this is real. But after emerging from the subway to a New York dominated by a pyramid, that question seems to have been put to rest. Jeff Lemire and Greg Smallwood do a fine job with the fight against the mummies and the orderlies with the action flowing smoothly and Smallwood’s art having real punch behind it. It, and the chase scene afterwards, have a real comic book feel and aesthetic in the best way. It’s fun and exciting. Equally as good is the doubt that Marc Spector still feels and his conversation with Kushu. Despite all he’s been through, Marc still doubts himself and it’s nice to have a brief character driven moment in the middle of what is essentially an issue long chase scene. This is somewhat where the issue falls slightly compared to the first two. Perhaps its just where the story is right now, but this issue of Moon Knight just didn’t feel as creative or as interesting as the previous two. There was little panel variation and it was (disappointingly) artistically consistent the whole way through. Keep in mind however that this was still a stellar issue and I’m very much looking forward to the next chapter. 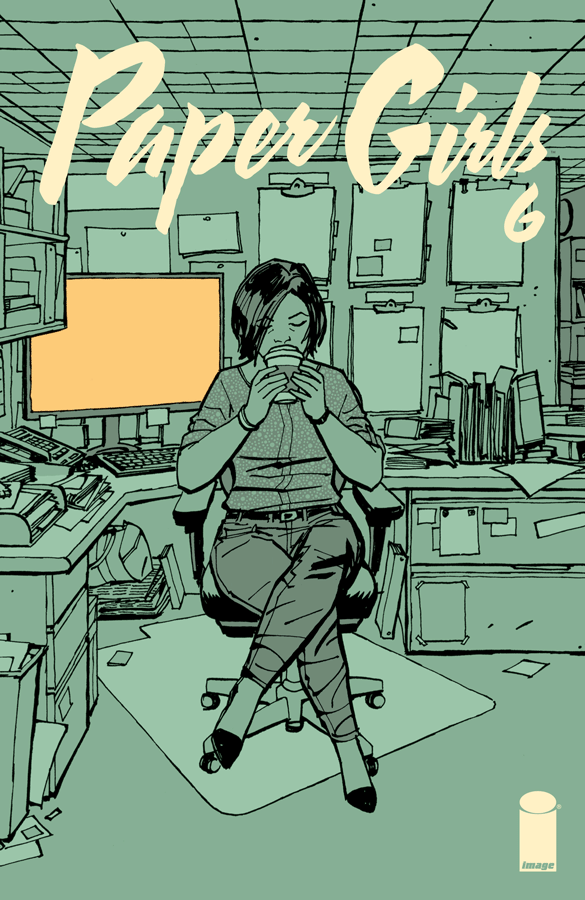 I’m incredibly excited to see Brian K. Vaughn’s 80’s tinged, time-travel, sci-fi mystery adventure make a return. It’s just so damn refreshingly odd. After our heroes were flung forward in time (apparently) after escaping the clutches of a dinosaur-commanding old man hunting down cyborg teenagers, I’m obviously very curious where this is all going. A stellar first 5 issues set up all this madness, so it’ll be interesting to see where Vaughn takes it and whether that quirky quality that typified that last 5 will still be present. Or, will there be a tonal shift? Are we in for some new rollercoaster ride? Either way, I’m expecting big things.

Honestly, doesn’t hold a candle to the previous 5, but is still a great precursor for the next story arc. The titular Paper Girls meet up with Erin’s future counterpart and what follows is a bit of a re-hash of the whole “I’m you from the past” trope. Vaughn’s writing is top-notch enough that it’s still enjoyable, but it’s a little cliché for a series that has so far been so original. In fact, nothing really happens in this issue with our heroes other than they go back to Future-Erin’s house and then decide to go into the city to investigate something more interesting. It is instead the brief glimpses of ‘Grandfather’ (the time travelling old man) and yet another version of Erin that are truly interesting and hint at Vaughn having a genuine overarching plan. Chiang’s art is gorgeous as always, but I feel like he didn’t get a whole lot to play with this issue. In fact, I get the impression that neither had much to play with. A highly enjoyable issue, but not as stand out as what’s come before. 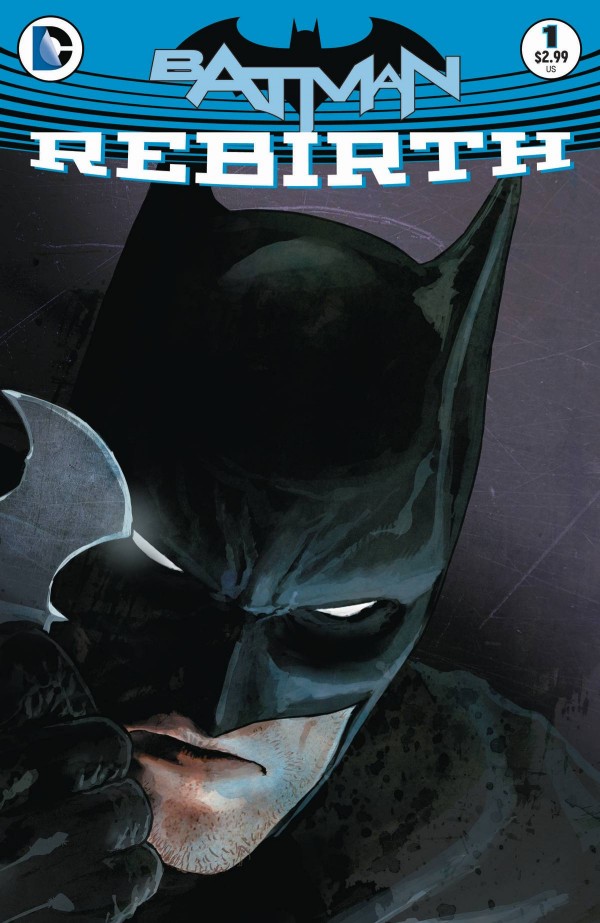 I’ve already pretty extensively talked about Batman: Rebirth, so I won’t repeat myself too much here. If you didn’t catch the article, basically, I’m super excited. Tom King is a fantastic writer with a huge list of critically acclaimed titles behind him. On top of that, DC Rebirth #1 was excellent, and Batman: Rebirth is the first Rebirth title I’m picking up. Expectations are high.

Expectations, frankly, were not met. Batman: Rebirth was a good Batman comic, but didn’t really give me any kind of a sense of rebirth or even set up the next story arc. I mean this in the best possible way, but almost nothing happened. Batman teams up with a new Robin (sort of) and foils a scheme from the new Calendar Man. King’s interpretation of Calendar Man is notable, and I really hope he’ll be making a return. But again, this is kind of the meat of the issue. There’s no rumination on Batman himself, no analysis of his place in Gotham, nothing to suggest that this is actually a Batman rebirth. There is a brief nod to it at the very end where Bruce says that they’ll just have to come back better every time, though this is hardly what I was expecting. The issue isn’t unenjoyable, King is a good writer, but overall it just feels like filler before we get to the actual series. 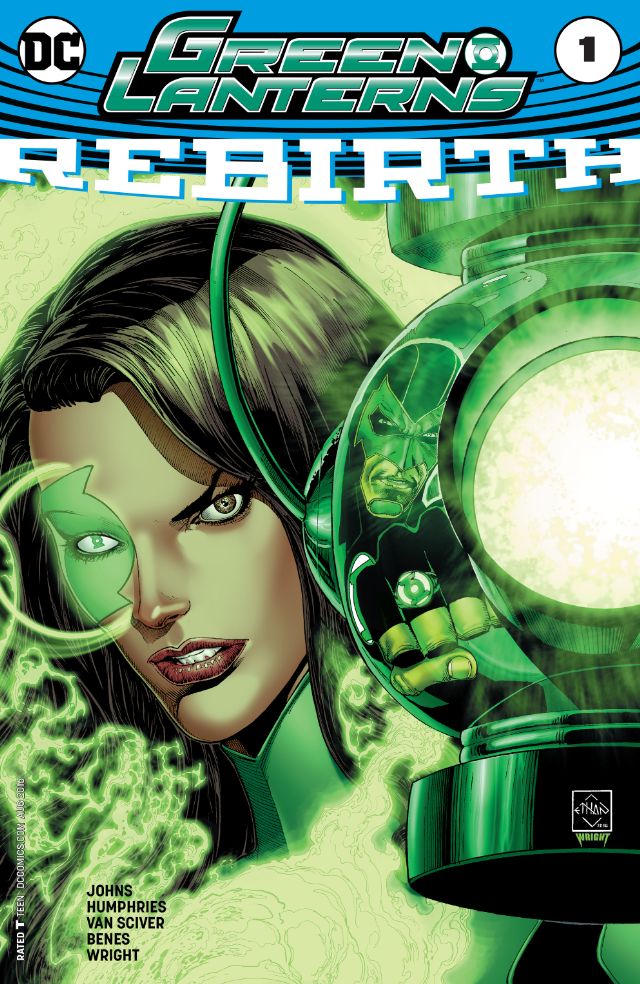 Again, like Batman, I’ve been here before. Sam Humphires has a few good pieces behind him, but some inconsistent ones too. I’m also a little cautious around the idea of Jessica Cruz and Simon Baz becoming the buddy-cop duo for Green Lantern. It could go excellently, it could also fall totally flat. I’m quietly hopeful.

A little more what I was expecting from Rebirth. At its heart, Green Lanterns: Rebirth is essentially a 20 page excuse as to why Simon Baz and Jessica Cruz would possibly team up. The long and short being because Hal Jordan forces them to. There was one thing that really stood out to while reading this. Humphries has made pains to actually give Simon and Jessica distinct voices and personalities. My worry was that both characters would sound ‘heroic’. Tough, strong, and unwavering in the face of such a responsibility as being a Green Lantern. But they don’t. Simon accepts its grudgingly and Jessica is understandably freaked about the whole thing. It gives me great hope that when the series kicks off in earnest that there’s going to be a real buddy-cop type dynamic between Jessica and Simon. Ethan Van Sciver is of course in fine form on art duties and I greatly look forward to his work in the future. I do have to mention the few pages in the middle as being a little less than average and I really hope they won’t be making a return. A fairly solid reintroduction to the Green Lantern universe and a good leap off point for a new series.