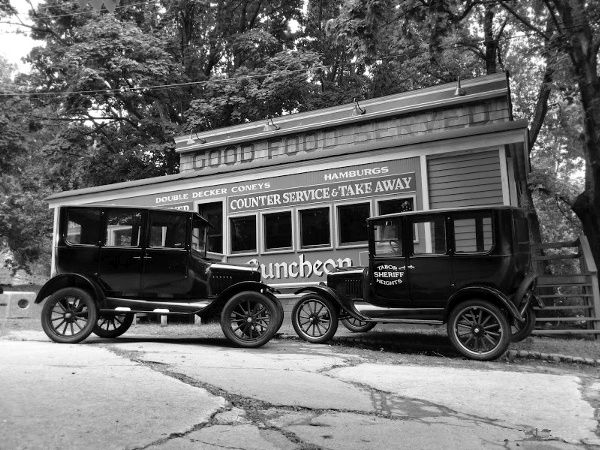 Ma’s boy Crispin has just bought Ma a shiny, new wireless for her birthday. Problem is, poor boy can’t find the damn thing. He sets it down on the counter one second, the next, gone. He’s come to the players, almost tears in eyes, asking if they can find it.

Lately the diners seemed a little tense. The receipts just aren’t turning up as much they used to and Ma Johnson is starting to feel the squeeze. She brushes it off as a slow season. But then, she approaches the players and tells them about a new gang from the next county over looking to start drumming up protection money from New Coventry businesses. And Ma Johnson’s first on the list…

“Hank? Hoo-ee, well that boy was always a bit of trouble, having dreams of being a writer and all”. But now it seems that Hank has gotten in a little over his head. In his pursuit for a little more research for his book, Hank’s gotten his hands on a copy of one of New Coventry Universities more suspect tomes. Now a quiet New Coventry Friday night is less quiet with a variety of flashing lights and yelling coming from Johnson’s Eatery. Looks like the players are dining in this evening. (Hahaha, kill me now).

Occasionally, students will enter the microfilm archive to grab a piece of research or check some obscure fact. But now it’s looking like they’re pulling some overly long hours and a few local students who’ve gone up to the archive haven’t come out in a few days. Normally not a cause for concern, but now there’s just a little bit of screaming coming from the archive. Maybe someone needs to go take care of that? 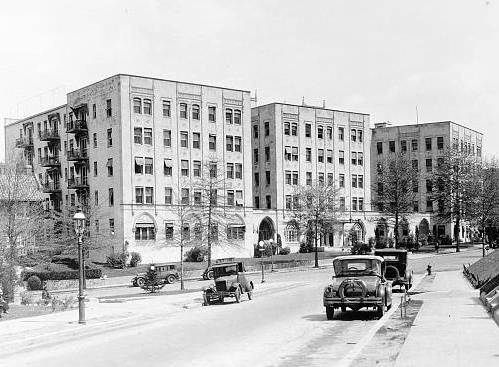 Christmas at New Hope Housing is never the cheeriest of affairs, incomes being somehow lower than people’s spirits. But this year the local church has come together to provide a little goodwill in the form of a community tree and a few large sacks of presents. It would appear though that New Coventry has its very own Grinch with said presents vanishing in the night. A scuttling, hunched figure was last seen scampering off into the woods with a couple of sacks, perhaps that might be a place to start?

The thing about New Coventry is that it’s citizens don’t like to do things the regular way. New Coventry is an independent place. From its laws, to its town hall processes and all the way down to its murders. Yep, New Coventry isn’t a stranger to a good murder and this latest one at New Hope is no exception. While most killers would have the decency to just stab someone and leave, mysteriously leaving every exit locked, New Coventry just has to make it difficult. Unit 16 is now sporting one body in its living room, sans any of its more important limbs however. And if that wasn’t enough of a headscratcher, it looks like all the windows and doors have just vanished.

New Hope Housing has never been in the best shape. Leaky pipes, holes in the walls, unexplained substances on the floor. Unexplained substances on the walls. But, the owner, Maria Santano, does her best to keep the place standing. She has however never lost an entire duplex. Until now. With a shimmering, groaning wall of violet fog in the place where it used to be, Maria is at her wits end. It reportedly vanished late last night in a flash of light and the entire complex hasn’t been seen since. Perhaps the players have a hankering for throwing themselves into a mysterious fog?

Here are just a few ways to incorporate the weird and seemingly innocent New Coventry locations we have discovered so far. If you haven’t yet, why not wander the rest of New Coventry and check out these other previously discovered places and people!