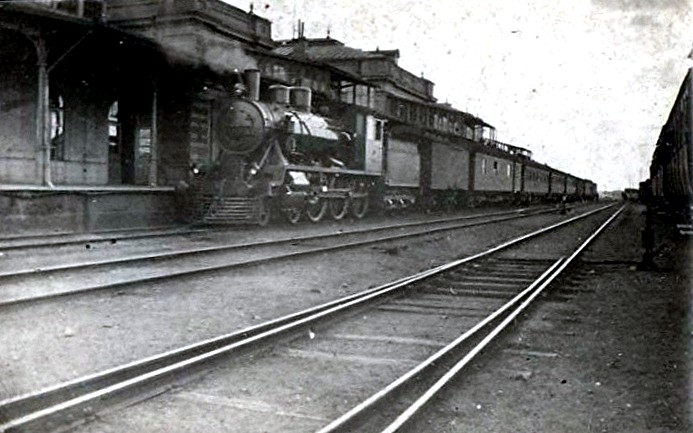 There are many ways in and out of New Coventry. Cars, boats, roads, sudden inheritance. But none more glamorous than the New Coventry Trans-Continental Express, a mighty, coal-black steam engine that makes its home at New Coventry station, a complex array of buildings that have been growing and expanding for the last 40 years.

New Coventry station, and the attached rail yard, are an important part of New Coventry’s economy and moving people in and out of the town. On any one given day there can be 4 or 5 different trains going in and out of New Coventry, bringing in all kinds of goods and people, while also allowing many more to leave. Once a week, on a Friday morning, the New Coventry Trans-Continental Express pulls in and then pulls out, the tireless journey from New Coventry to two states over never quite done.

In and around the station, one can find a variety of businesses, ranging from news-stands to pleasant (if hygienically suspect) tea-rooms. Indeed, it is considered a New Coventry experience to stop at the station and sample a chicken pastry from the “Toot-Toot Tea Rooms”. Visitors are then advised to immediately take advantage of one of the stations many restrooms.

In charge, or as much as one can be in charge of such a varied collection of things, is Station Master Herbert Puffleton. His family has been in charge of running the day to day operations of the station since it opened and the connection between their last name and trains is wholly coincidental. Herbert’s son Phillip is currently the conductor of the New Coventry Trans-Continental Express, a position that has been passed down from son to son in the Puffleton family.

Enjoyed your visit to the New Coventry Station? If you haven’t yet, why not wander the rest of New Coventry and check out these other previously discovered places and people!