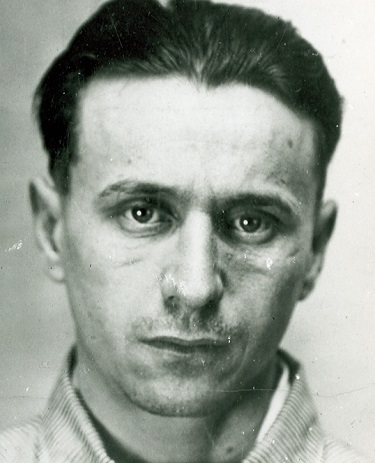 The dock areas of New Coventry, while an economic hub, are also home to a few less than savory activities. Balancing carefully on the edge of legal and legally ambiguous is Pigsy McGinnis. An enforcer for hire, Pigsy is usually up to his rather formidable eyebrows in some kind of mischief. Equally, he’s always happy to help an intrepid investigator out. For the right price of course.

“Not a word Inspector, hand on me heart.”

“And you’ve never heard of ‘Cross-Atlantic Shipping’ either I guess?”

“Drawin’ somethin’ of a blank here Inspector to be quite honest with ya.”

“I don’t suppose you’ve heard of warehouse 13-A-C and shipping manifest Charlie Echo Alpha 9-0-8-1? Wait, wait, let me guess, drawing a blank on that one too I guess?”

“Me memory just aint’ what it used to be I suppose.”

“Oh Pigsy, please, Inspector, that’s what all me friends call me.”

“…Mr. McGinnis, are you aware that over ten-thousand dollars worth of contraband spirits were shuffled through that warehouse two nights ago? And are you also aware that we have multiple witnesses placing you at the scene? One Thomas Hardell and another friend of yours, Micheal McGoohan? Heard of any of that Pigsy?”

“Inspector, you have to be understanding me here. As you can no doubt appreciate, a man with my many charms and skills; I have a lot friends. Perhaps though, Inspector, if I was to be promised a walk-out of here, I might be willing to have a flick through me diary and put me finger on just which very good friends I were spending time with that particular evening. Might even be able to put me finger on what pub we was drinking at that night if you be catching me drift.”

Patrick McGinnis was later released due to lack of evidence. Let the record show that Mr. McGinnis did not co-operate with police inquiries in any capacity.

Curious as to where Pigsy might have gone? Or what really happened that night? If you haven’t yet, why not wander the rest of New Coventry and check out these other previously discovered places and people!